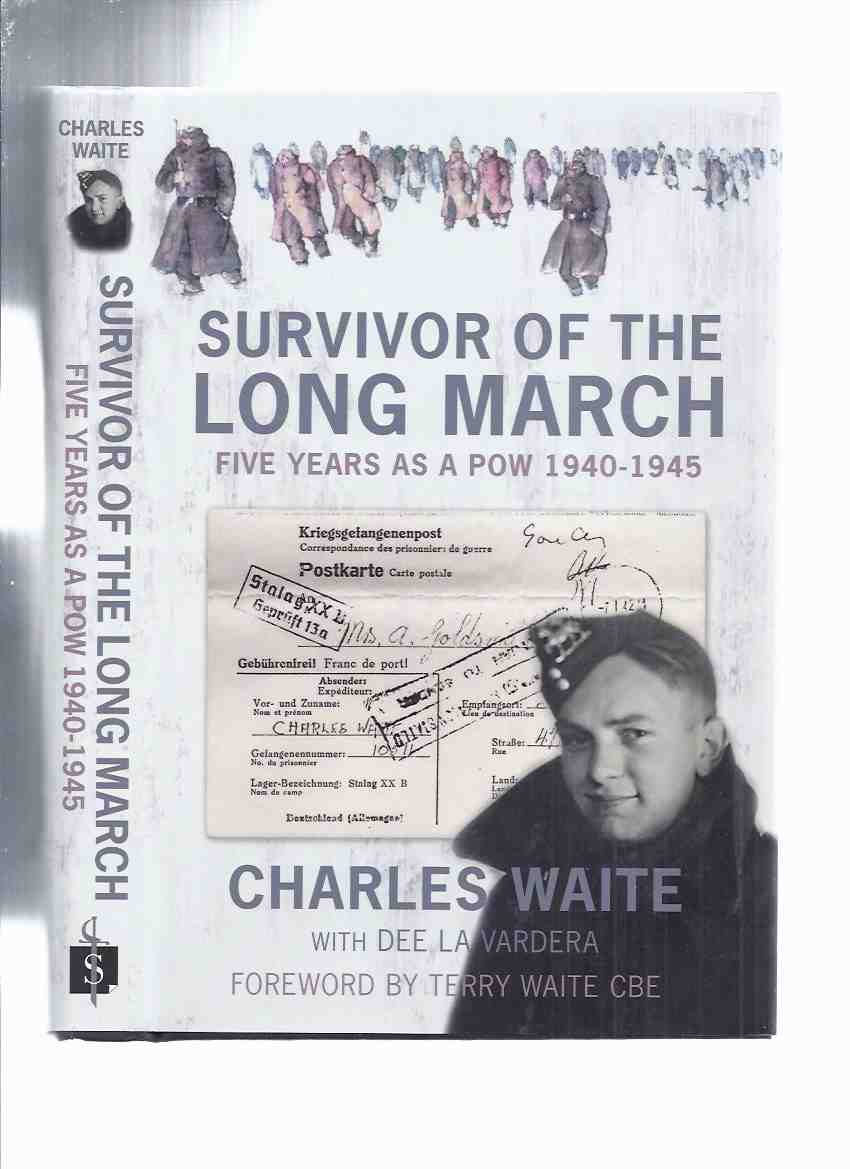 ----------hardcover, about 6.5 x 9.5 inches, a Near Fine copy in a Near Fine dustjacket, 220 pages plus b&w photos, ---"Nothing prepares a man for war and Private Charles Waite, of the Queen’s Royal Regiment, was ill-prepared when his convoy took a wrong turning near Abbeville and met 400 German soldiers and half a dozen tanks. "The day I was captured, I had a rifle but no ammunition." He lost his freedom that day in May 1940 and didn’t regain it until April 1945 when he was rescued by Americans near Berlin, having walked 1,600 kms from East Prussia. Silent for 70 years, Charles writes about his five lost years: the terrible things he saw and suffered; his forced work in a stone quarry and on farms; his period in solitary confinement for sabotage; and his long journey home in one of the worst winters on record, across the frozen river Elbe, to Berlin and liberation. His story is also about friendship, of physical and mental resilience, and of compassion for everyone who suffered. Part of that story includes the terrible Long March, or Black March, when 80,000 British POWs were forced to trek through a vicious winter westwards across Poland, Czechoslovakia and Germany as the Soviets approached. Thousands died. There are simply no memoirs of that terrible trek-except this one"---, any image directly beside this listing is the actual book and not a generic photo