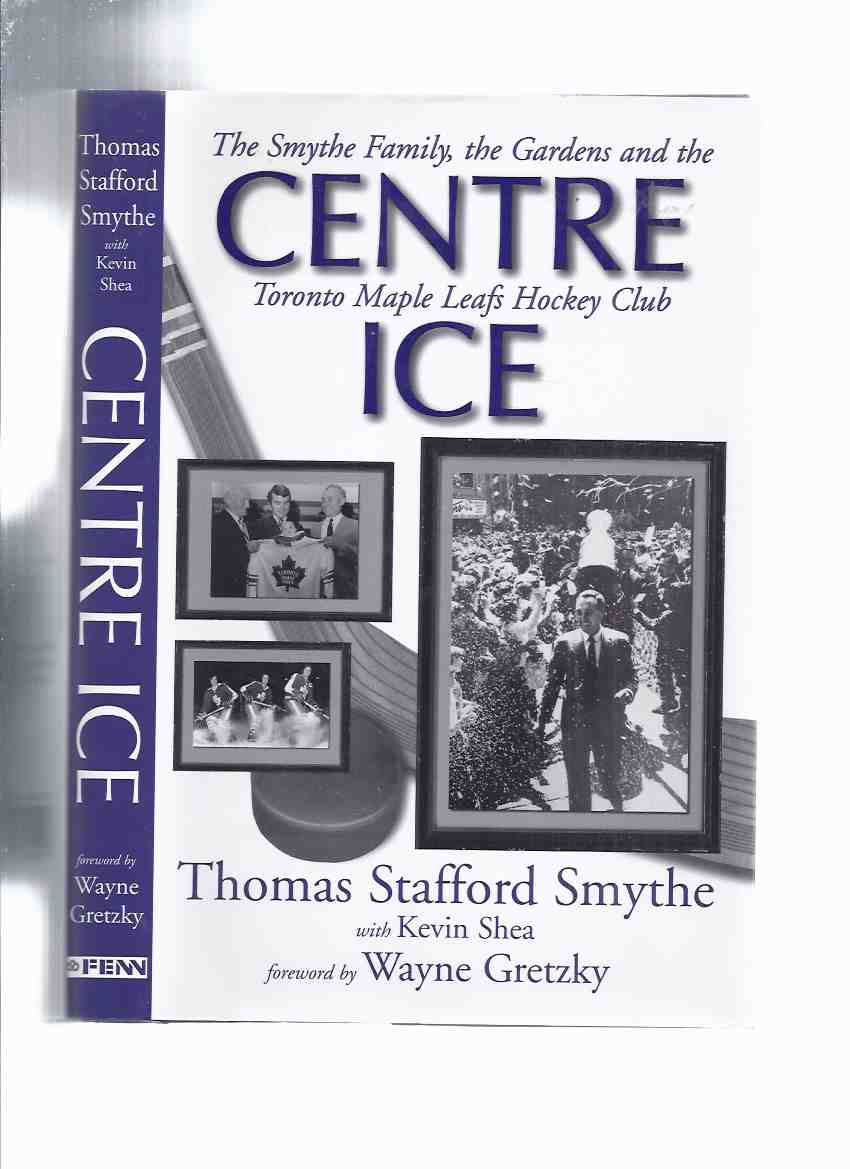 ---------hardcover, about 6 x 9.25 inches, a Near Fine copy in a lightly rubbed Near Fine dustjacket, signed without inscription by Smythe and Shea, 211 pages, b&w photos, ---"If Ever A Name Were Synonymous With Hockey, It Would Be Smythe. The Hockey Hall of Fame inductee Conn Smythe, reigned as Leafs owner and president, which lasted numerous decades and Stanley Cups. The intent of Smythe`s resignation and transfer of ownership in the early 60`s was to see his grandson Tommy Smythe assume his destined role in Leaf history as owner. Tommy Smythe never inherited the Smythe dynasty. Even so, his fortunate years growing up, and associated with the organization awarded him a fascinating life, witnessing and participating in an inconceivable number of significant hockey events. He befriended many of the most famous and influential people from the NHL`s past and present and candidly conveys these experiences and more, throughout this thoroughly heartfelt and pragmatic story. From his early years at the age of six as Leaf stick-boy, through the exciting seasons watching his family`s Leafs dominate the NHL, to his eleven years managing the Memorial Cup winning Toronto Marlboros, the one constant in Tom`s life has been hockey. As a child, he passionately learned the game from his grandfather Conn, then as an adult, applying his knowledge, spent years scouting for the Leafs, while continuing his association with the Marlboros. Tom has endured it all, his firing from the Leafs organization to his courageous battle with cancer. Now for the first time the Smythe story is being told. A moving, shocking and powerful look at one of Canada`s most prominent hockey families"---, any image directly beside this listing is the actual book and not a generic photo