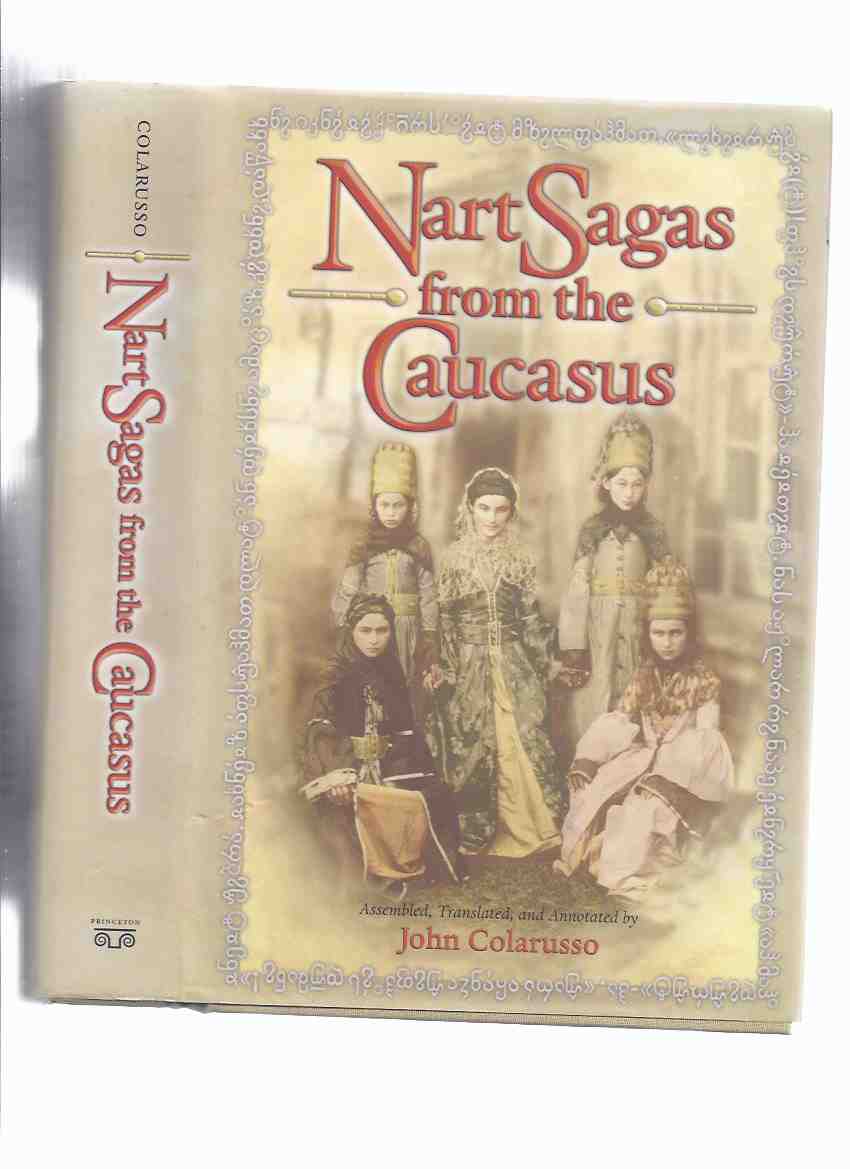 -----------hardcover, a Near Fine copy but there is some hi-liting and marginalia (maybe 20 or so pages so not very extensive) so a Very Good copy, stamp on lower edge of text block, in a Near Fine dustjacket, 552 pages, ---"The Nart sagas are to the Caucasus what Greek mythology is to Western civilization. This book presents, for the first time in the West, a wide selection of these fascinating myths preserved among four related peoples whose ancient cultures today survive by a thread. In ninety-two straightforward tales populated by extraordinary characters and exploits, by giants who humble haughty Narts, by horses and sorceresses, Nart Sagas from the Caucasus brings these cultures to life in a powerful epos. In these colorful tales, women, not least the beautiful temptress Satanaya, the mother of all Narts, are not only fertility figures but also pillars of authority and wisdom. In one variation on a recurring theme, a shepherd, overcome with passion on observing Satanaya bathing alone, shoots a "bolt of lust" that strikes a rock--a rock that gives birth to the Achilles-like Sawseruquo, or Sosruquo. With steely skin but tender knees, Sawseruquo is a man the Narts come to love and hate. Despite a tragic history, the Circassians, Abazas, Abkhaz, and Ubykhs have retained the Nart sagas as a living tradition. The memory of their elaborate warrior culture, so richly expressed by these tales, helped them resist Tsarist imperialism in the nineteenth century, Stalinist suppression in the twentieth, and has bolstered their ongoing cultural journey into the post-Soviet future. Because these peoples were at the crossroads of Eurasia for millennia, their myths exhibit striking parallels with the lore of ancient India, classical Greece, and pagan Scandinavia. The Nart sagas may also have formed a crucial component of the Arthurian cycle. Notes after each tale reveal these parallels; an appendix offers extensive linguistic commentary. With this book, no longer will the analysis of ancient Eurasian myth be possible without a close look at the Nart sagas. And no longer will the lover of myth be satisfied without the pleasure of having read them"---, any image directly beside this listing is the actual book and not a generic photo ///NOT SIGNED ---GUARANTEED to be AVAILABLE///