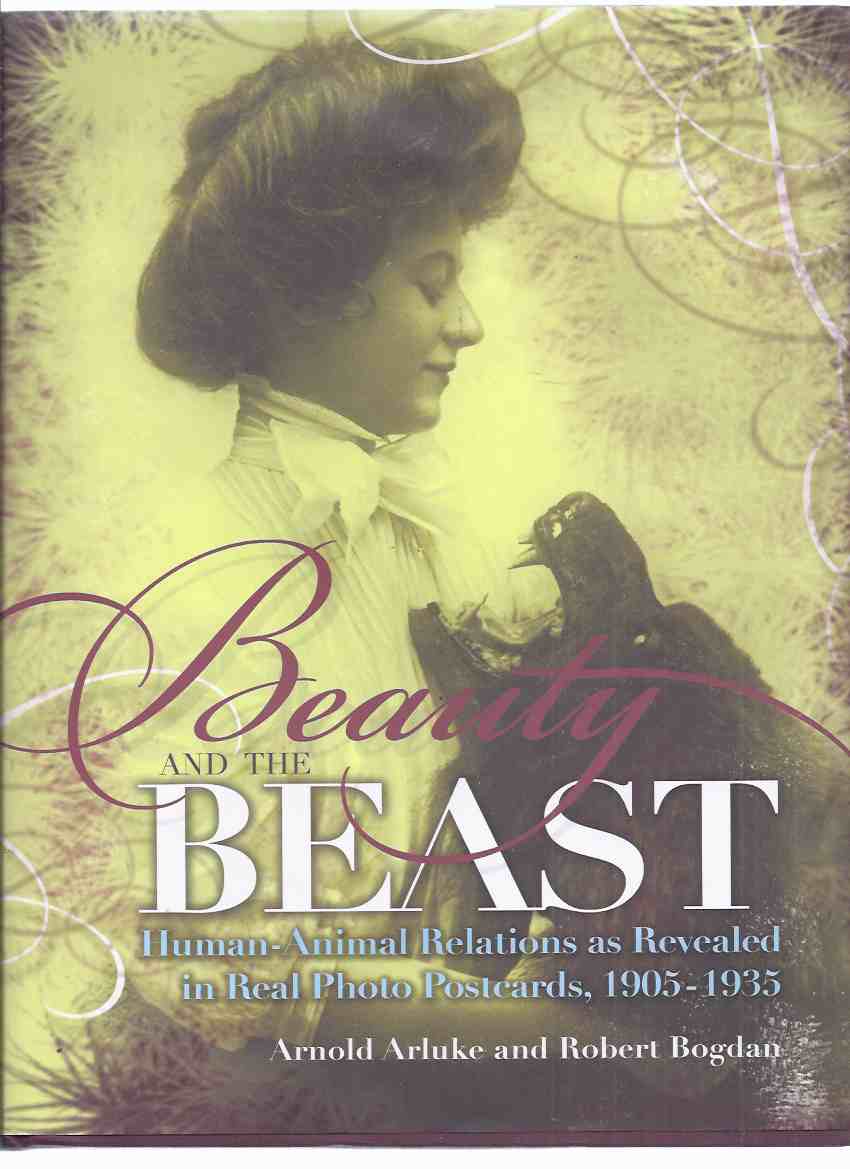 -----------hardcover, about 8.5 x 11.25 inches, a Near Fine copy in a Near Fine dustjacket, 276 pages, b&w examples of postcards throughout, ---"From fairy tales to photography, nowhere is the complexity of human-animal relationships more apparent than in the creative arts. Art illuminates the nature and significance of animals in modern, Western thought, capturing the complicated union that has long existed between the animal kingdom and us. In Beauty and the Beast, authors Arluke and Bogdan explore this relationship through the unique lens of photo postcards. This visual medium offers an enormous and relatively untapped archive to document their subject compellingly. The importance of photo postcards goes beyond their abundance. Recognized as the "people’s photography," photo postcards were typically taken by photographers who were part of the community they were photographing. Their intimacy with the people and places they captured resulted in a vernacular record of the life and times of the period unavailable in other kinds of photography. Arluke and Bogdan use these postcards to tell the story of human-animal relations in the United States from approximately 1905 to 1935. During these years, Americans experienced profound changes that altered their connection with animals and influenced perceptions and treatment of them today. Wide-ranging in scope, Beauty and the Beast looks at the variety of roles animals played in society, from pets and laborers to symbols and prey. The authors discuss the contradictions, dualisms, and paradoxes of our relationship to animals, illustrating how animals were distanced and embraced, commoditized and anthropomorphized. With over 350 illustrations, this book presents a vivid chronicle of the deep cultural ambivalence that characterized human-animal relations in the early twentieth century and that continues today."---, any image directly beside this listing is the actual book and not a generic photo