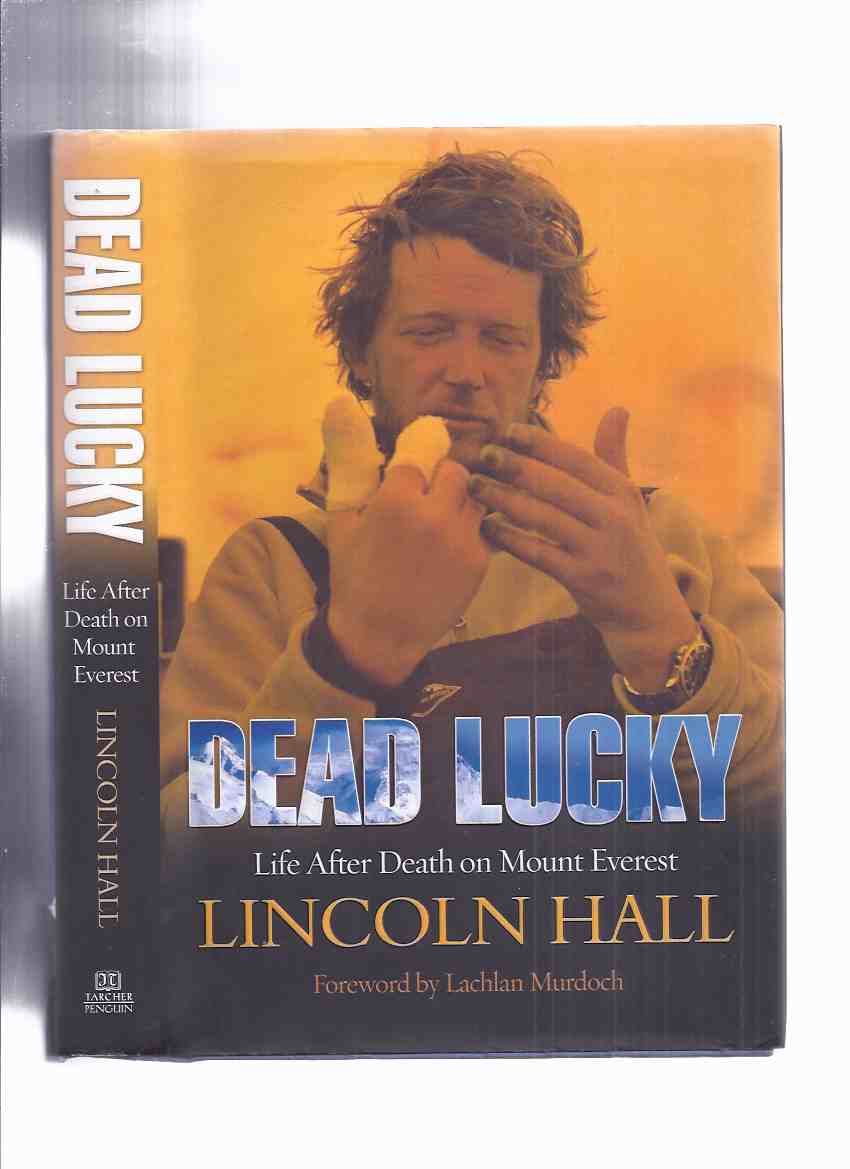 -----------hardcover, about 6.25 x 9.25 inches, a Near Fine copy in a Near Fine dustjacket, looks close to new, signed without inscription by Lincoln Hall, ---"Lincoln Hall likes to say that on the evening of May 25, 2006, he died on Everest. Indeed, Hall attempted to climb the mountain during a deadly season in which eleven people perished. And he was, in fact, pronounced dead, after collapsing from altitude sickness. Two Sherpas spent hours trying to revive him, but as darkness fell, word came via radio from the expedition's leader that they should descend in order to save themselves. The news of Hall's death traveled rapidly from mountaineering websites to news media around the world, and ultimately to his family back in Australia. Early the next morning, however, an American guide, climbing with two clients and a Sherpa, was startled to find Hall sitting cross-legged on a sharp crest of the summit ridge. ---In this page-turning account of survival against all odds, Hall chronicles in fascinating detail the days and nights that led up to his fateful night in Mount Everest's "death zone." His story is all the more miraculous given his climbing history. Hall had been part of Australia's first attempt to reach the top of Everest in 1984 but had not done any major climbing for many years, having set aside his passion in order to support his family. While others in the team achieved their dream during this 1984 expedition, Hall was forced to turn back due to illness. Thus, his triumph in reaching the summit at the age of fifty is a story unto itself. So, too, is Hall's description of his family's experience back in Australia, as sudden grief turned to relief and joy in a matter of hours. Rarely has there been such a thrilling narrative of one man's encounter with the world's tallest mountain."---, any image directly beside this listing is the actual book and not a generic photo