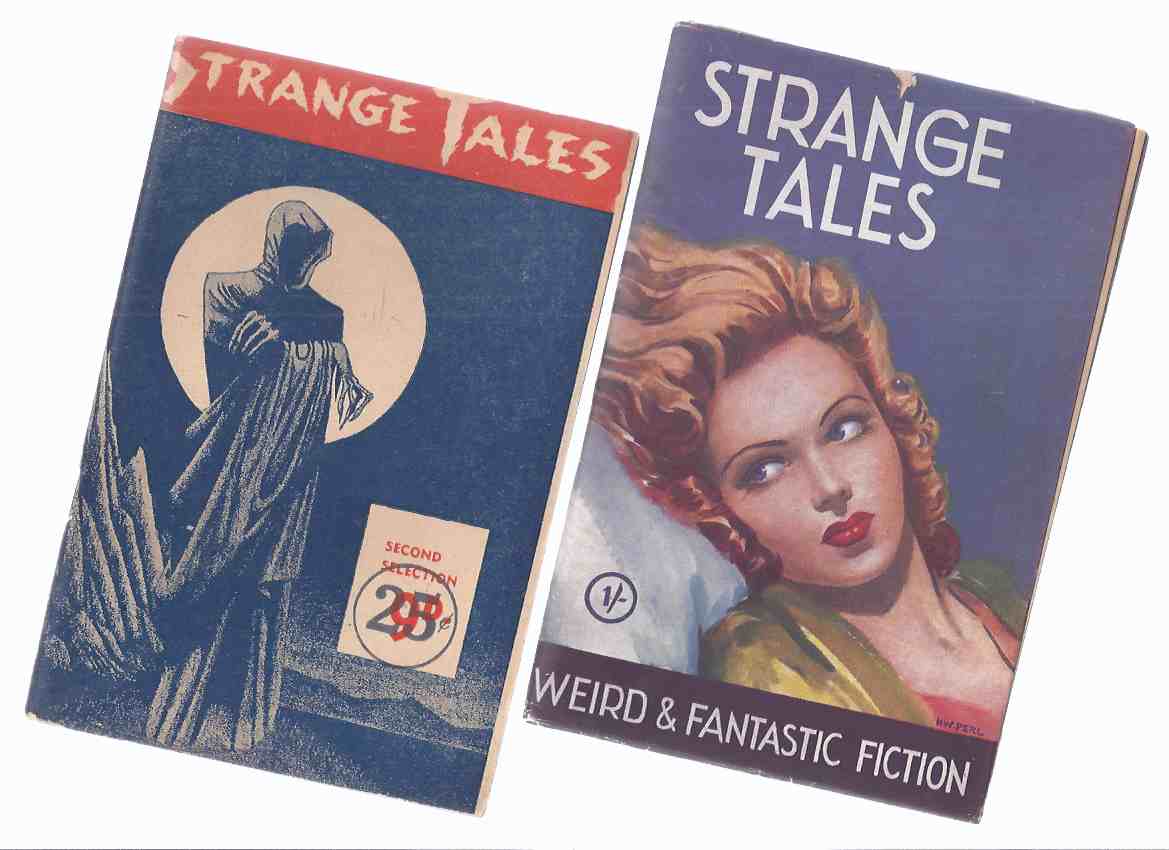 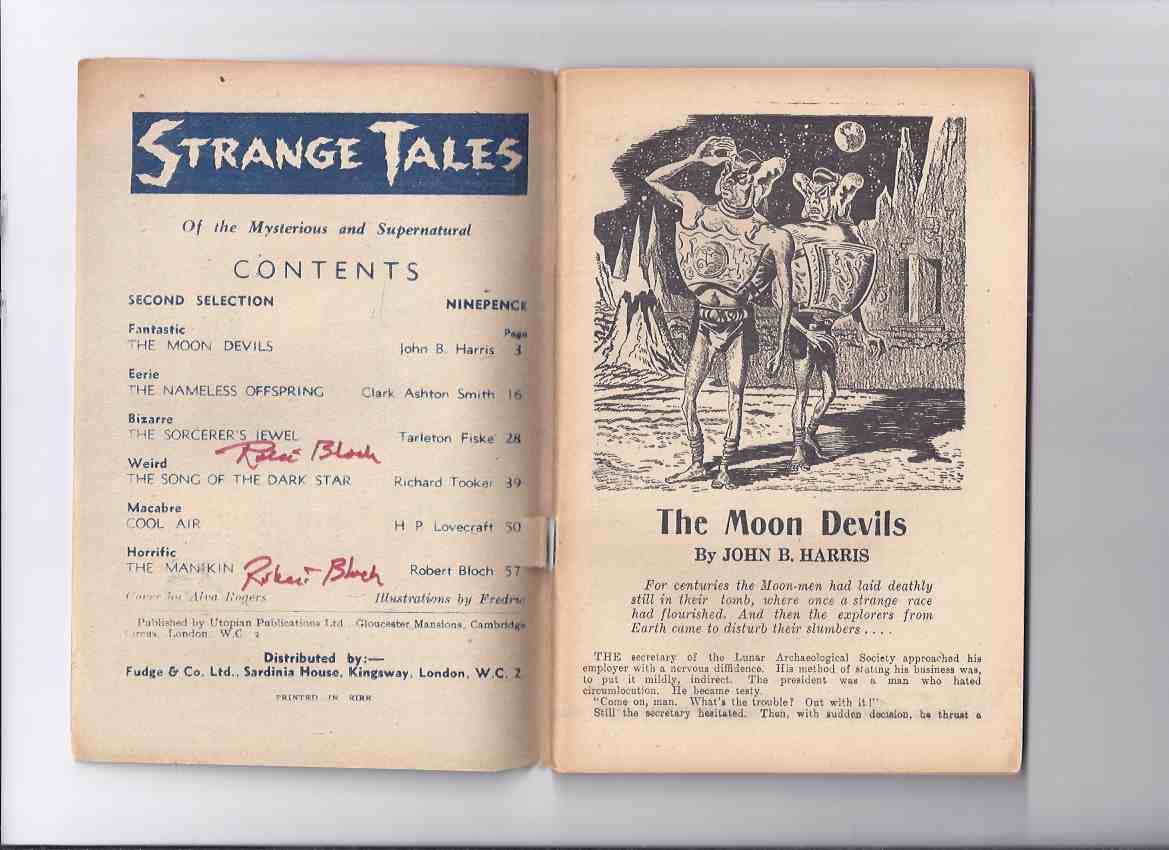 -----------2 volumes (ONE SHIPPING PRICE ), softcovers, about 4.75 x 7.25 inches, 64 pages in each, some b&w illustrations, ISSUE 1 is a Very Good+ copy, the cover for this was never stapled to the book so it is loose from the binding, a small nick along the upper edge of the front cover, browning to the paper, a nice bright copy, this is the 2nd state issue with the reclining woman on the front cover, the 1st state issue had a macabre scene which featured a bare breasted woman, that booby cover was considered too risque for mid-Twentieth Century sensibilities so it was issued with this replaced (2nd issue) cover, this contains: Non-Stop to mars by Williamson; Pink Elephants by Fiske ( Bloch); The Brain of Ali Khan by Eshbach; The Hunters from Beyond by XAS; Experiment in Murder by Fearn; The Tombstone by Bradbury ---issue # 2 is a Very Good+ copy, some very light rubbing, browning to the paper, this contains: The Moon Devils by Harris; The Nameless Offspring by CAS; The Sorcerer's Jewel by Fiske (signed by Bloch ); The Song of the dark Star by Tooker; Cool Air by HPL; The Manikin by Bloch (signed), ---yes, this issue is signed twice by Bloch !, any image directly beside this listing is the actual book and not a generic photo

Publisher: London, England, London, UK: Utopian Publications / Distributed By Fudge and Co., NO DATES ( 1946 for both), 1st Edition, First Printing for both: 1946