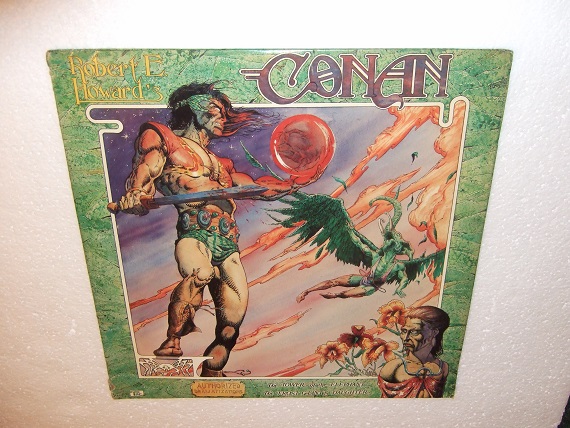 -----------33 1/3 record album, a Very Good+ record sleeve with a Near Fine album, a bit of browning on the rear cover along the open edge, upper corner of sleeve is bumped, lower corner of sleeve has a short tear, light rubbing and a few stress marks to the sleeve but overall looks quite nice, , really quite rare, there is a brief blurb on the rear panel by Goldstein about REH, blurb on rear panel by Glenn Lord ---PLEASE NOTE: The record looks very clean and tidy with no apparent scratches but there could be some slight surface noise and tics just because of the age of this but overall the record looks prettyd arn close to new, any image directly beside this listing is the actual book and not a generic photo ///NOT SIGNED///