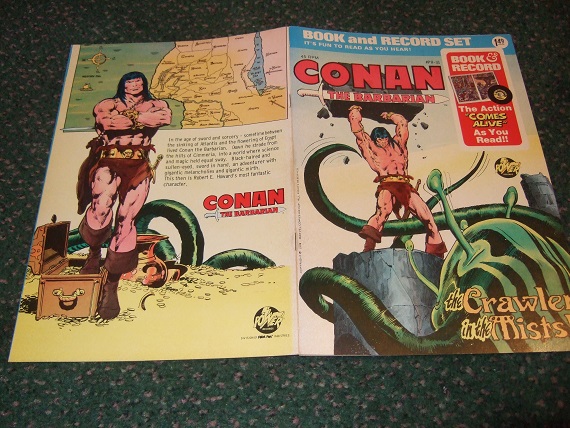 -----------45 record, a Near Fine record, issued in a comic format with a pocket at rear to hold the record, the record is Fine, the booklet is a Near Fine example with just a wee bit of very light rubbing, a 24 page full color comic with 45 record, ---PLEASE NOTE: The record looks very clean and tidy with no apparent scratches but there could be some slight surface noise and tics just because of the age of this but overall the record looks prettyd arn close to new, scarce, any image directly beside this listing is the actual book and not a generic photo ///NOT SIGNED///

Title: Conan the Barbarian - 45 Record Album with comic The Crawler in the Mists (later Issued By Marvel Comics )