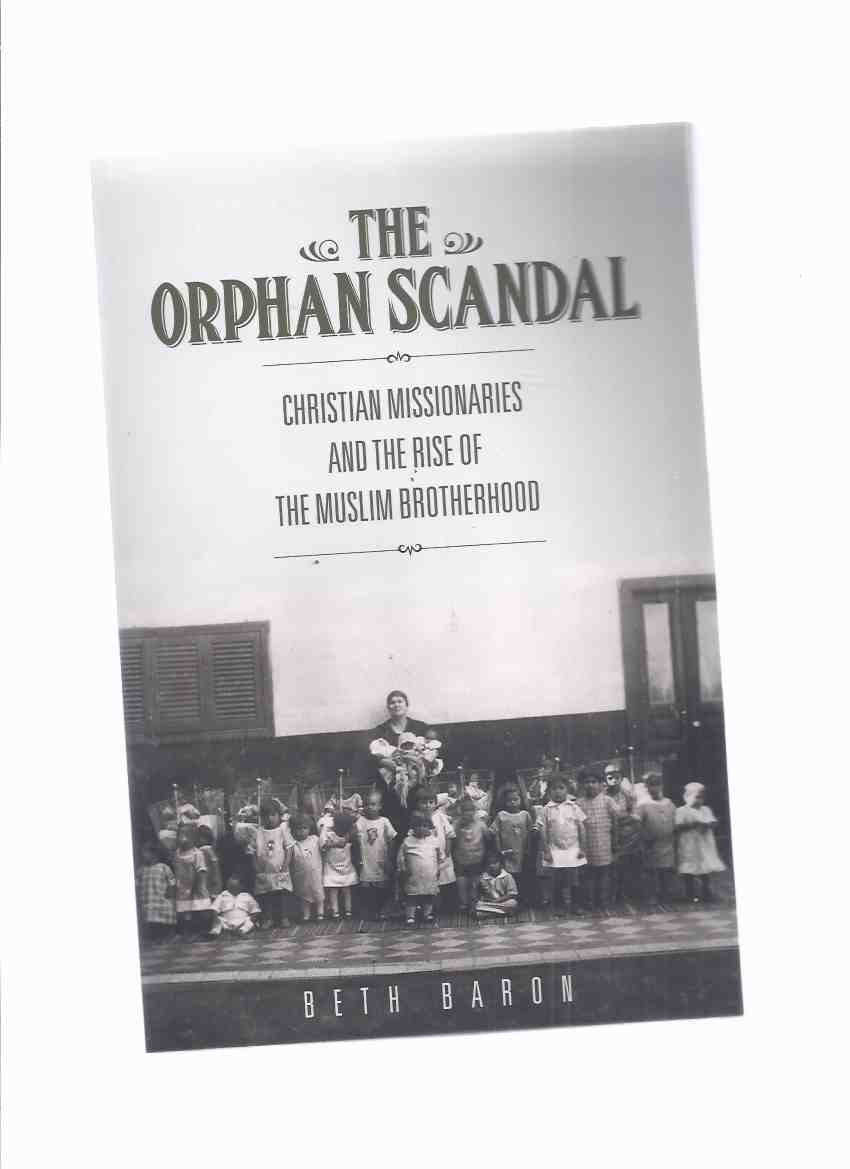 The Orphan Scandal: Christian Missionaries and the Rise of the Muslim Brotherhood by Beth Baron / Stanford University Press

------------softcover, about 6 x 9 inches, a Near Fine copy, 245 pages, b&w photos, ---"On a sweltering June morning in 1933 a fifteen-year-old Muslim orphan girl refused to rise in a show of respect for her elders at her Christian missionary school in Port Said. Her intransigence led to a beating—and to the end of most foreign missions in Egypt—and contributed to the rise of Islamist organizations. Turkiyya Hasan left the Swedish Salaam Mission with scratches on her legs and a suitcase of evidence of missionary misdeeds. Her story hit a nerve among Egyptians, and news of the beating quickly spread through the country. Suspicion of missionary schools, hospitals, and homes increased, and a vehement anti-missionary movement swept the country. That missionaries had won few converts was immaterial to Egyptian observers: stories such as Turkiyya's showed that the threat to Muslims and Islam was real. This is a great story of unintended consequences: Christian missionaries came to Egypt to convert and provide social services for children. Their actions ultimately inspired the development of the Muslim Brotherhood and similar Islamist groups. In The Orphan Scandal, Beth Baron provides a new lens through which to view the rise of Islamic groups in Egypt. This fresh perspective offers a starting point to uncover hidden links between Islamic activists and a broad cadre of Protestant evangelicals. Exploring the historical aims of the Christian missions and the early efforts of the Muslim Brotherhood, Baron shows how the Muslim Brotherhood and like-minded Islamist associations developed alongside and in reaction to the influx of missionaries. Patterning their organization and social welfare projects on the early success of the Christian missions, the Brotherhood launched their own efforts to "save" children and provide for the orphaned, abandoned, and poor. In battling for Egypt's children, Islamic activists created a network of social welfare institutions and a template for social action across the country -the effects of which, we now know, would only gain power and influence across the country in the decades to come"---, any image directly beside this listing is the actual book and not a generic photo..

Title: The Orphan Scandal: Christian Missionaries and the Rise of the Muslim Brotherhood by Beth Baron / Stanford University Press

The Orphan Scandal: Christian Missionaries and the Rise of the Muslim Brotherhood by Beth Baron / Stanford University Press