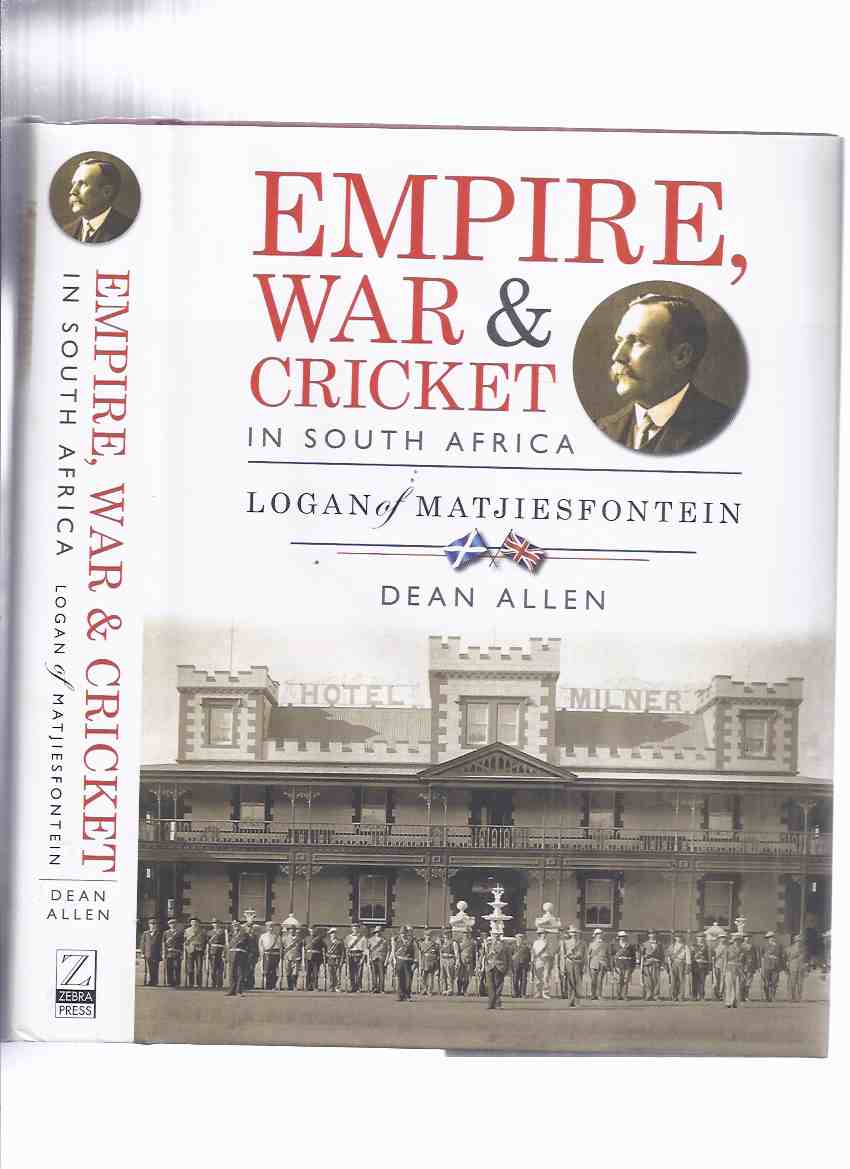 ------------hardcover, about 7 x 9.5 inches, a Near Fine copy in a Near Fine dustjacket, 334 pages, b&w and two-tone photos, ---"Cecil John Rhodes once said he had only met two creators in South Africa: himself and James Douglas Logan, the Scottish-born founder of Matjiesfontein. Empire, War & Cricket in South Africa explores in detail how Matjiesfontein was created and how Logan developed this little Karoo town into a renowned health resort, attracting the rich and famous – including the likes of South African novelist Olive Schreiner and England cricketer George Lohmann. But above all, this is the untold story of how James Logan was instrumental in developing the game of cricket in South Africa at a time when the country was heading towards war with the British Empire. Logan immigrated to South Africa in 1877 at the age of 19 and almost immediately began amassing a fortune through business, politics and his high-profile association with that most favoured of imperial pastimes. In Empire, War & Cricket in South Africa, readers will learn how one of the first international cricket matches between South Africa and England took place at Matjiesfontein; explore the controversial 1901 South African cricket tour to England in the midst of the Anglo-Boer War; read the amazing story of how Logan once had the captain and manager of England’s cricket team arrested as they boarded their ship home; and discover Logan’s close relationship with Rhodes and how their ‘shady dealings’ brought down the Premier’s first government. llustrated throughout with photographs and documents, Empire, War & Cricket in South Africa is a unique social and political history of the workings of the British Empire in South Africa during the late 19th century; a well-researched and fascinating biography of the man who gave us Matjiesfontein; and an entertaining and at times unbelievable story of cricket’s origins in South Africa. "---, any image directly beside this listing is the actual book and not a generic photo..///NOT SIGNED///