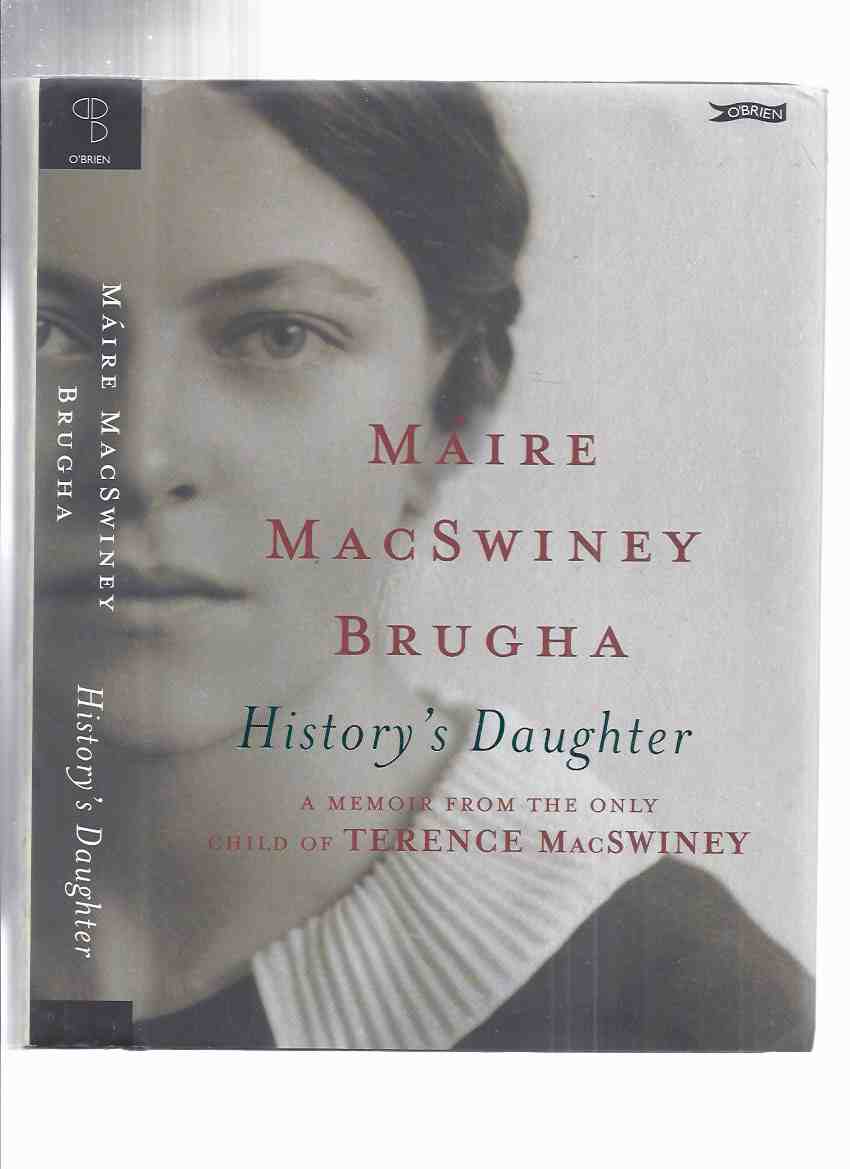 History's Daughter: A Memoir from the Only Child of Terence Macswiney ---by Mire MacSwiney Brugha, a Signed Copy

-----------hardcover, about 6.75w x 9.5h inches, a Near Fine copy, two gently bumped corners, in a lightly rubbed Near Fine dustjacket, overall this looks close to new, signed without inscription by Maire MacSwiney Brugha, 320 pages, b&w photos, ---"Maire MacSwiney Brugha is the only child of Terence MacSwiney, one of the greatest figures in Ireland's history, who died after seventy-three days on hunger strike in Brixton Prison on 25 October 1920. His death became worldwide news. After her father's death, Maire was taken by her mother to live on the continent. For nine years she lived away from Ireland, mostly in Germany and occasionally in Paris. She grew up effectively as a German child, speaking the language and attending school at a time when her adopted country would shortly descend into chaos. In the early thirties, when she was still in her early teens, Maire made a dramatic escape with her aunt, Maire MacSwiney, home to Ireland, against her mother's wishes. This led to a court case claiming Maire had been kidnapped but this claim was strongly refuted and Maire remained with her aunt in Cork. In 1945, she married Ruairi Brugha, the son of another famous republican, Cathal Brugha, thus uniting two of Ireland's most prominent and revered nationalist families"---, any image directly beside this listing is the actual book and not a generic photo /// SIGNED ---GUARANTEED to be AVAILABLE///

Title: History's Daughter: A Memoir from the Only Child of Terence Macswiney ---by Mire MacSwiney Brugha, a Signed Copy

History's Daughter: A Memoir from the Only Child of Terence Macswiney ---by Mire MacSwiney Brugha, a Signed Copy