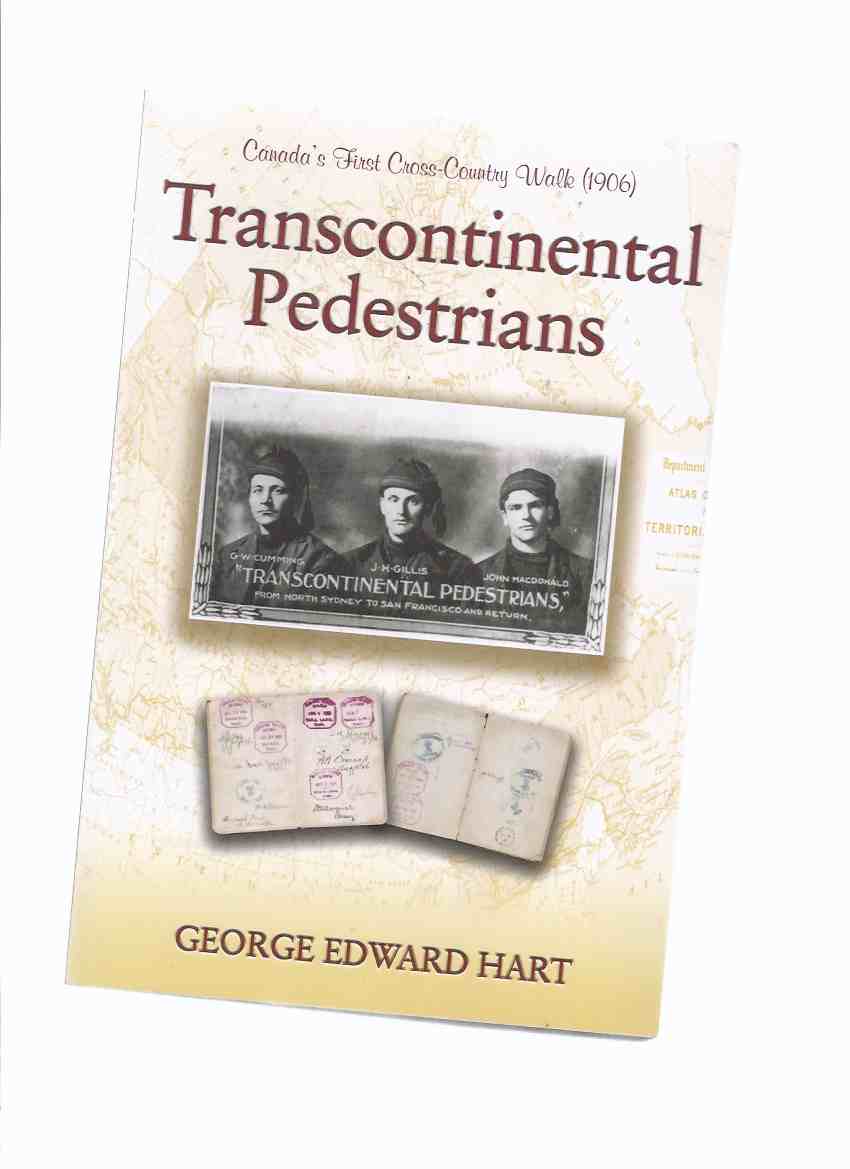 ----------softcover, about 6w x 9h inches, a Very Good example, looks Near Fine but there are some faint marks to the edges of the text block, 280 pages, b&w photos, ---"In the annals of Canadian folklore, few stories are as ripe with adventure and the spirit of the times as that of the three young Cape Bretoners who, on a dare and a bet, set out from North Sydney, Nova Scotia to walk across North America and back within a year. ---It was winter 1906. And although all eventually failed the madcap adventure, one of the men, John Hugh Gillis, did reach Vancouver, making him the very first to walk across Canada from coast to coast. ---Using the diary of his father-in-law, who joined the adventure midway, George Hart tells the story of this remarkable and long-forgotten odyssey. Complete with newspaper accounts and original photos of the towns and cities along the way, Transcontinental Pedestrians offers snapshots of a new country in a new century. As historian Jonathan Vance notes in his introduction, John A. Macdonald "would have approved of the symbolism of walking from one side of the continent to the other along the iron rails." ---Transcontinental Pedestrians is a compelling story of character, endurance, friendship, betrayal and tragedy. It is also the story of a truly great athlete, the charismatic John Hugh Gillis, whose brilliant Olympic-bound career was tragically cut short by tuberculosis. It is fitting that one hundred years after his walk across Canada, the young man from Cape Breton, dubbed the "Western Giant" by the press, was inducted into the British Columbia Sports Hall of Fame"---, any image directly beside this listing is the actual book and not a generic photo