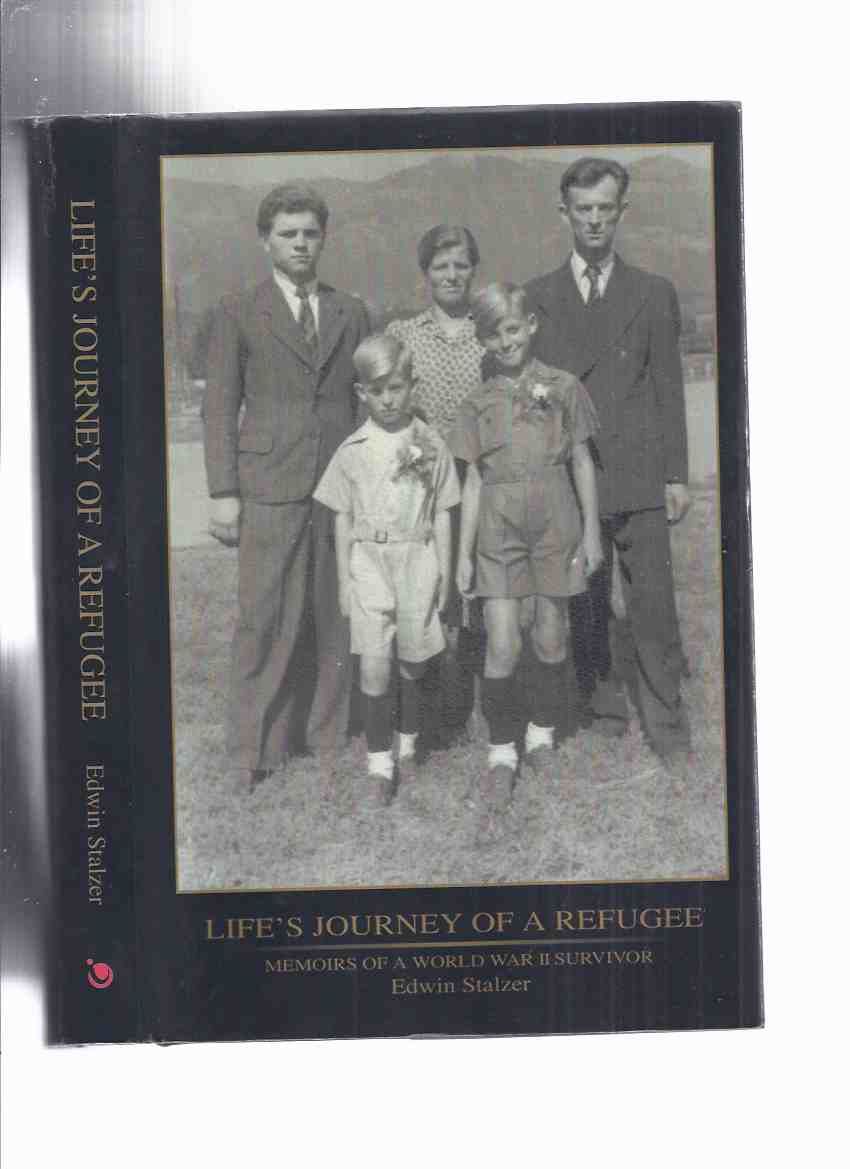 -----------hardcover, a Near Fine copy, in a very lightly rubbed Near Fine dustjacket, inscription on half-title page is largely indecipherable but it might be by the author, laid in is a Life's Journey bookmark, 247 pages plus additional photos, photos are in b&w, --- Life's Journey of a Refugee is a unique voyage from the cauldron of early 20th-century ethnic cleansing to the melting-pot of the mid-century American Dream, from the wrong side of World War II through the gang wars of 1950's Brooklyn and the triumph and tragedies of postwar America. --For six hundred years the Catholic Land of Gottschee has endured as a remote outpost of the House of Austria, the outermost point of the Holy Roman Empire, a "linguistic Island" of medieval German in present-day Slovenia. It has withstood the Bosnian Warlord and Napoleon, but German catastrophe in World War I brings tension with the local Slavs to a simmer, hastening the exodus of educated Gottscheers. --Edwin Stalzer, the author, is born at the boiling point, the moment of Gottschee's final tragedy. Life's Journey of a Refugee takes you through his life in an Austrian refugee camp from 1945 to 1952, his escape to America, and his triumphant battle for the "American Dream"---, any image directly beside this listing is the actual book and not a generic photo /// SIGNED (?) ---GUARANTEED to be AVAILABLE///