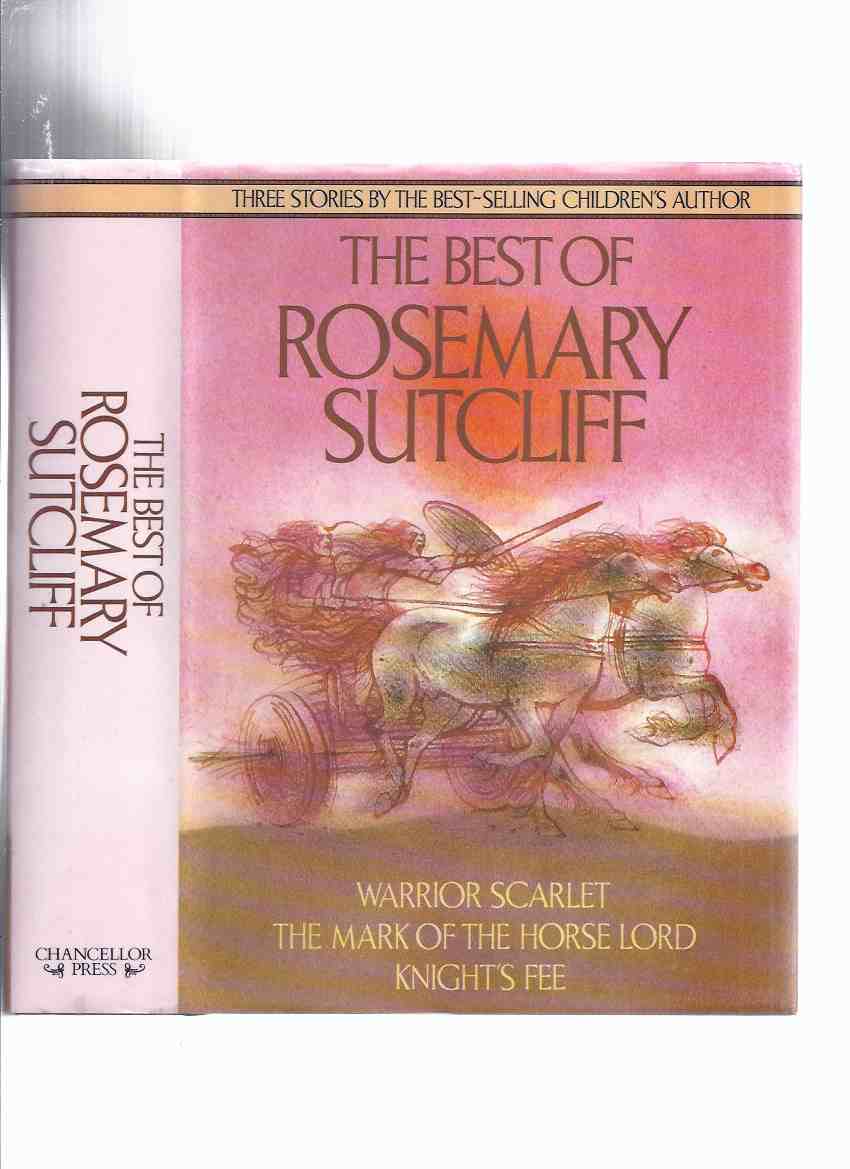 The Best of Rosemary Sutcliff --- An Omnibus Comprising: Warrior Scarlet; The Mark of the Horse Lord; Knight's Fee

----------hard cover, a Near Fine copy, in a Near Fine dustjacket, looks new, 725 pages of historical fiction from this fondly remembered writer, contains all 3 books, ---in WARRIOR SCARLET In Bronze Age Britain, young Drem must overcome his disability-a withered arm-if he is to prove his manhood and become a warrior ---in MARK of the HORSE LORD Phaedrus, an enslaved gladiator in northern Britain in the first century, earns his freedom by killing his best friend, a fellow gladiator, in a final fight to the death. Within days of leaving the arena he is recruited by leaders of a tribe from the far north to impersonate Prince Midir, who has been robbed of his right to kingship in a brutal attack by followers of the current ruler, Queen Liadhan. As Midir, Phaedrus is charged with reestablishing his kingship and the tribe's rule in the land. In this world of superstition and ancient ritual, of fierce loyalties and intertribal rivalry, Phaedrus finds companionship and love, and something more - a purpose and a meaning for his life as he comes to fully understand the significance of the Mark of the Horse Lord. ---in KNIGHT's FEE Out of sight of the patrolling sentinels, Randal sits on the gatehouse roof. The orphan is more at home with the hounds he tends, but he yearns to see the new Lord arrive at Arundel Castle. As he leans over the battlements to watch the procession, a fig slips from Randal's hand and lands right on the nose of Hugh Goch's horse. The accident is small, but it will change Randal's entire life. A game of chess, a brave minstrel, a kind old knight, and a friend will point Randal to squirehood, and his own courage will pave his path to become a knight. Battle between the sons of William the Conqueror makes Randal's journey in Norman England an exciting one, but intrigue and deceit may take from Randal a heavy knight's fee., any image directly beside this listing is the actual book and not a generic photo , NOT SIGNED

Title: The Best of Rosemary Sutcliff --- An Omnibus Comprising: Warrior Scarlet; The Mark of the Horse Lord; Knight's Fee

The Best of Rosemary Sutcliff --- An Omnibus Comprising: Warrior Scarlet; The Mark of the Horse Lord; Knight's Fee