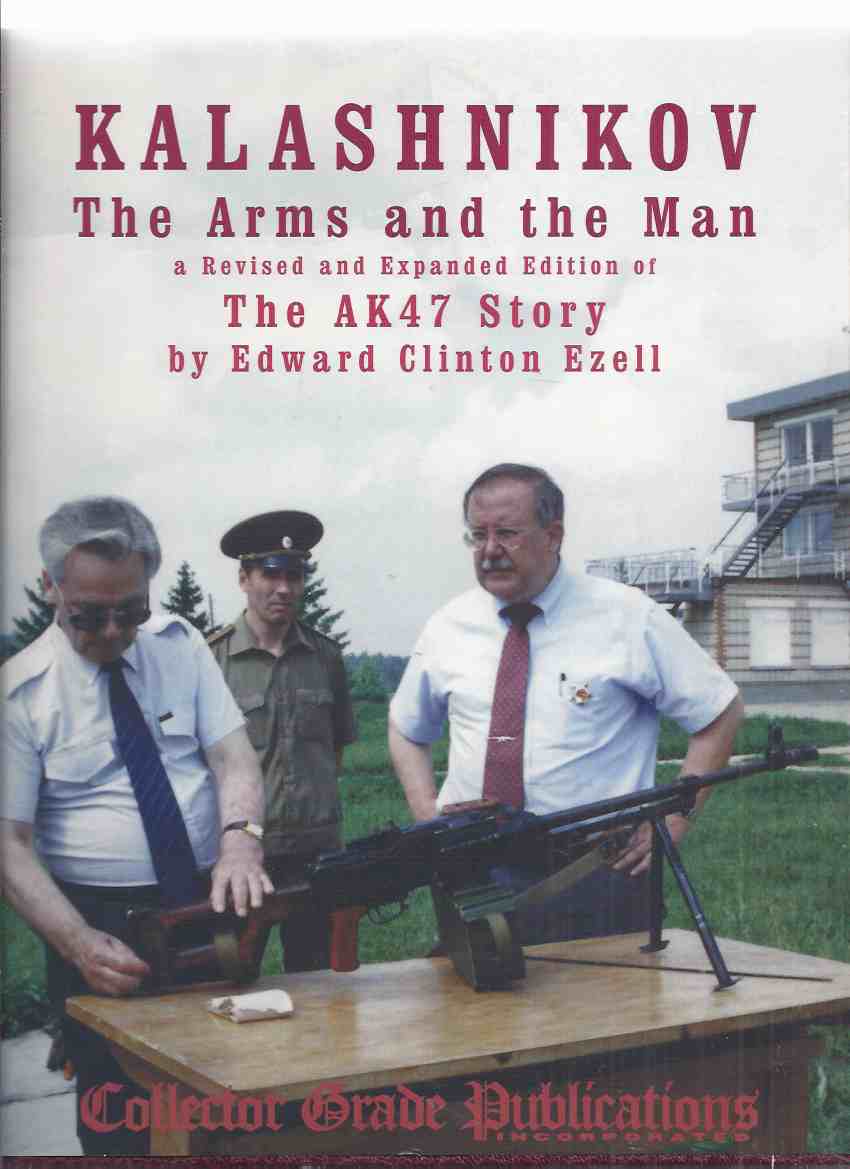 KALASHNIKOV: The Arms and the Man -by Edward Clinton Ezell / Collector Grade Publications ( Revised and expanded Edition of The AK47 Story )

------------hardcover, about 8.75w x 11.25h inches, a Near Fine example, in a Near Fine dustjacket, looks new, 284 pages, b&w photos, ---"The name of Mikhail Timofeyevich Kalashnikov has become well known the world over because of the Avtomat Kalashnikova, the eponymous assault rifle which he designed and perfected. Today, Kalashnikov designs have become the most widely manufactured and best known military small arms in history. Since the introduction of the AK design in 1947, between fifty and seventy million Kalashnikov-type rifles and LMGs have been manufactured, in the Soviet Union and the Warsaw Pact nations, in the Communist East, and in such "western" countries as Egypt, Finland, India, Israel, and South Africa. The original edition of The AK47 Story was published in 1986, and the events of the intervening fifteen years have provided much fresh new material. Beginning with an introduction by Dr. Kalashnikov himself, we present a most comprehensive study of the "life and times" of the AK, starting with the early history of small arms manufacture in Czarist Russia and then the Soviet Union. We follow the development of the AK (originally designed in caliber 7.62x41mm) and all the offshoots and clones which make up the Kalashnikov "family" of small arms, including an important new summary of technical information on the numerous loadings of "intermediate" ammunition, right up to the "AK for the 21st Century" - the AK100 series, now being manufactured by the Joint Stock Company "Kalashnikov" in Izhevsk, Russia in three calibers: 7.62x39mm, 5.45x39mm, and 5.56x45mm NATO"---, any image directly beside this listing is the actual book and not a generic photo ///NOT SIGNED ---GUARANTEED to be AVAILABLE///

Title: KALASHNIKOV: The Arms and the Man -by Edward Clinton Ezell / Collector Grade Publications ( Revised and expanded Edition of The AK47 Story )

Keywords: KALASHNIKOV: The Arms and the Man -by Edward Clinton Ezell / Collector Grade Publications ( Revised and expanded Edition of The AK47 Story )

KALASHNIKOV: The Arms and the Man -by Edward Clinton Ezell / Collector Grade Publications ( Revised and expanded Edition of The AK47 Story )