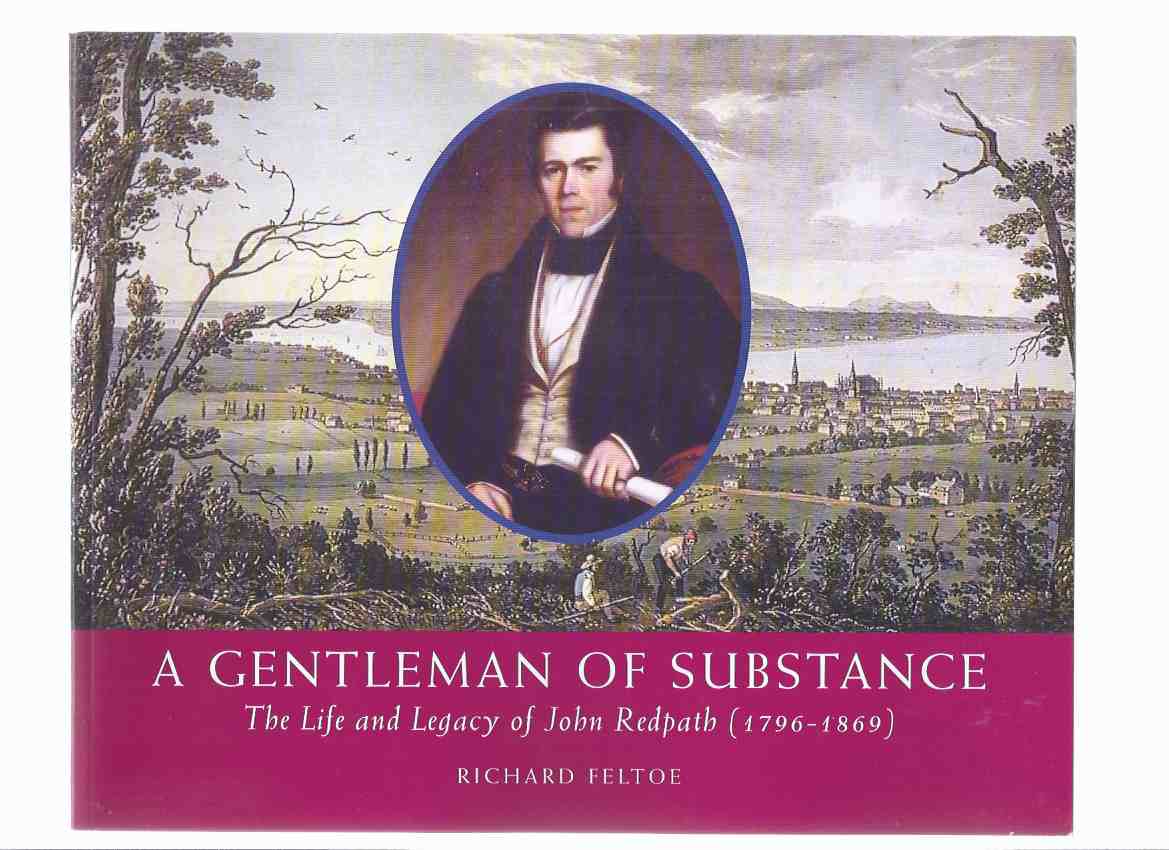 A Gentleman of Substance: The Life and Legacy of John Redpath -a Signed Copy ( 1796 - 1869 )( Redpath Sugar Refinery related)

---------softcover, about 10 x 8 inches, a near Fine copy with a bit of very light rubbing to edges, signed without inscription by the author, 144 pages, b&w photos throughout, ---"A Gentleman of Substance covers the remarkable life of John Redpath. Born to humble circumstances in Scotland in 1796, he emigrated to Canada in 1816 to become a stonemason in Montreal. By 1818 he had his own building and contracting firm and was working on the Lachine Canal as well as much construction and restoration work on buildings in Montreal. His work on the Rideau Canal, as contracted by Colonel John By, established his business reputation, while his leadership within the Presbyterian Church stabilized his position in the community. His involvement in the political and military life of Montreal is traced from before the 1837 Rebellion period through to his involvement with the Annexation Movement, making him an obvious candidate for the Montreal City Council. ---The author traces John Redpath's upwardly mobile social status, his friendship with Peter McGill, and his acceptance into the elite society of Montreal, earning him a place within the coveted Square Mile. Despite a rigorous business schedule and extensive family responsibilities (he fathered 17 children), he was a frequent benevolent contributor to community needs, as well as participating on numerous Boards and Committees and contributing to the shaping of the urban design of Montreal. Attention is given to his expansive home, Terrace Bank, the subsequent subdivision of his estate and the early residential expansion of Montreal, and to his founding of the Canada Sugar Refinery and its growth."---, any image directly beside this listing is the actual book and not a generic photo ///SIGNED///

Title: A Gentleman of Substance: The Life and Legacy of John Redpath -a Signed Copy ( 1796 - 1869 )( Redpath Sugar Refinery related)

A Gentleman of Substance: The Life and Legacy of John Redpath -a Signed Copy ( 1796 - 1869 )( Redpath Sugar Refinery related)