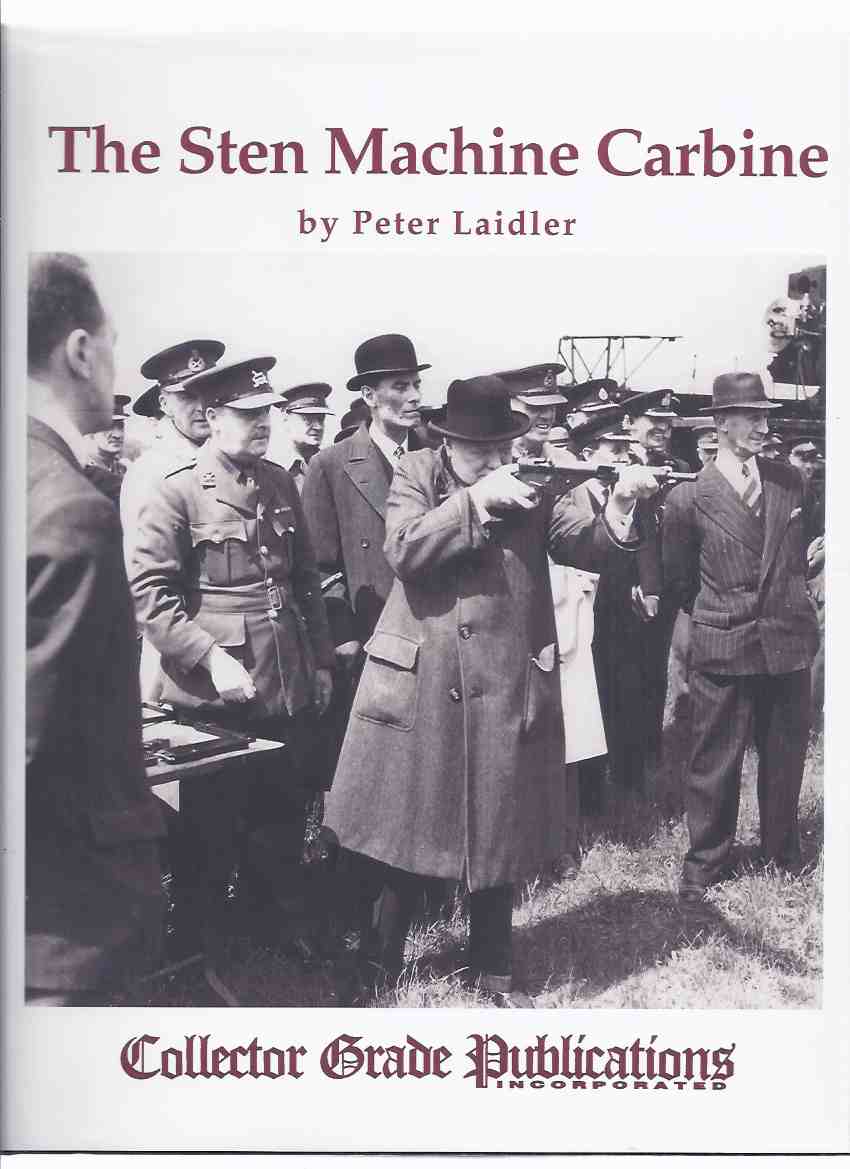 ----------hardcover, about 8.5w x 11.25h inches, overseas shipping (anywhere outside of Canada and the USA ) will require additional charges, -- a Fine example, in a Fine dustjacket, looks new, 370 pages, b&w photos and illustrations, The Sten was born of sheer necessity in the bleak, dark days after Dunkirk, when Britain stood alone against the might of Hitler's Wehrmacht. --Over four million Stens were eventually produced, primarily in Britain, but with satellite production in Canada and New Zealand, plus a distinctive Australian Sten derivative called the Austen. In addition, Resistance groups in occupied Denmark, Norway and Poland produced hundreds of clandestine Sten copies and clones. Even the Germans themselves produced several models, including an exact copy called the Potsdam Gerät. In more recent years, several commercial manufacturers in the United States have also made copies of the Sten. --This classic, in-depth study includes clear photos of all models and markings, and provides identification of all gun assemblers, component types and manufacturers. In addition, contents include chapters on: How the Sten Works; Sten Myths Exploded; Notes on Armourers' Repair Procedures; Accessories and Ancillaries; and much, much more, any image directly beside this listing is the actual book and not a generic photo ///NOT SIGNED///