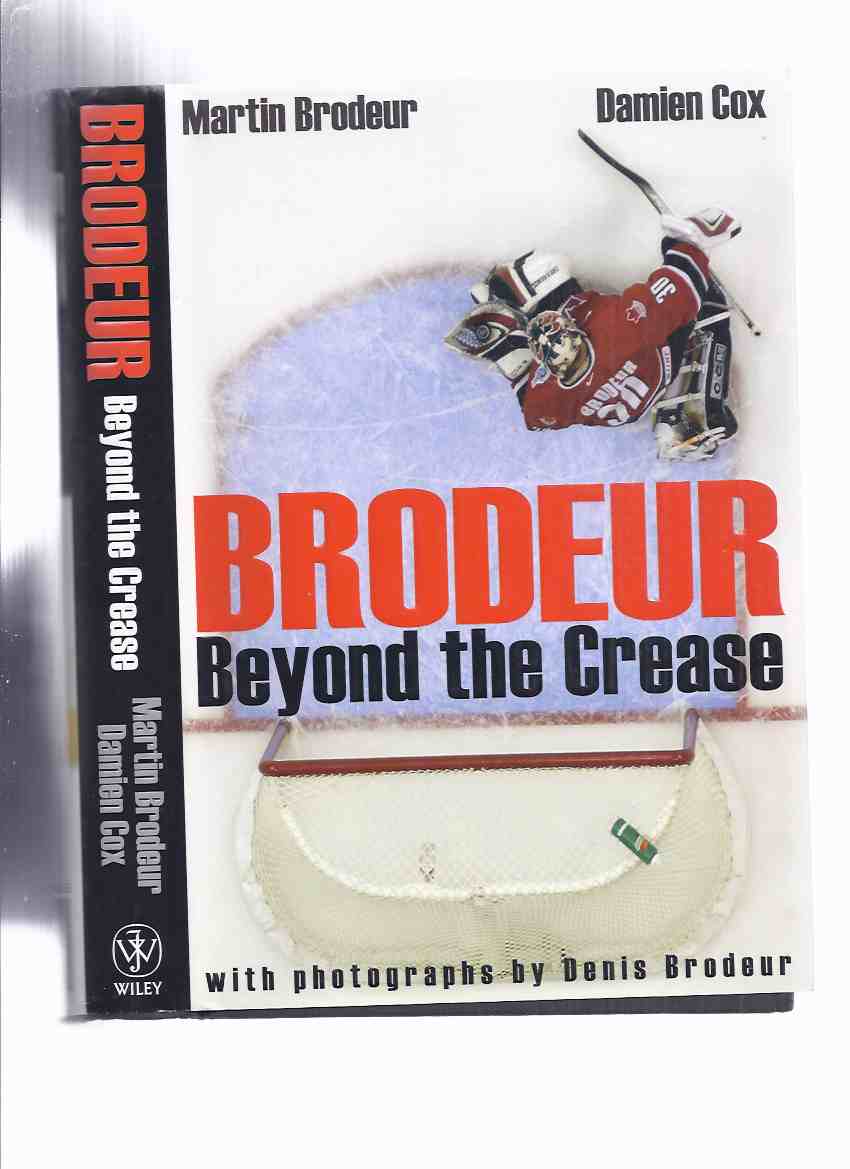 ------------hardcover, a Near Fine copy in a Near Fine dustjacket, looks new, signed by Brodeur, also signed and inscribed by Cox, -- 290 pages, colour photos, ---"In Brodeur: Beyond the Crease, the game's best netminder takes a candid, personal look at his career, his sport, the business of hockey, the evolution of the sport, and his journey to the apex of the modern game. It is one man's detailed, unique view of the kaleidoscope of intrigue and competitive chaos that defines today's NHL, a rare opportunity to understand the sport through the eyes of one of the game's most insightful athletes at the height of his abilities. ---Brodeur: Beyond the Crease traces Brodeur's career, revealing how he became the best, from minor hockey through junior to the NHL and Team Canada. It examines his rich national and personal hockey heritage, and the pivotal role his father and others played in his career, as well as his thoughts and insights on: being part of the effort that turned the New Jersey Devils around from being what Wayne Gretzky called "a Mickey Mouse organization" into one of the game's most powerful and successful franchises; being in the crease in 2002 when Canada ended a 50-year gold medal drought at the Olympics; being a Canadian and a Quebecer playing and living in the US; life as a husband and father of four, his love of motorcycles, and the lifestyle of the modern athlete; pursuing greatness and sporting records; the best goalies he's ever seen and the best NHL shooters; how he prepares for game day; what it's like to be the wealthiest man ever to play his position, and what it was like to watch $8 million in salary fly out the window during the NHL lockout of 2004-2005. ---In association with award-winning sports journalist Damien Cox, the top goalie in the game takes us inside the game and beyond, to reveal the man behind the mask."---, any image directly beside this listing is the actual book and not a generic photo ///SIGNED by BOTH///