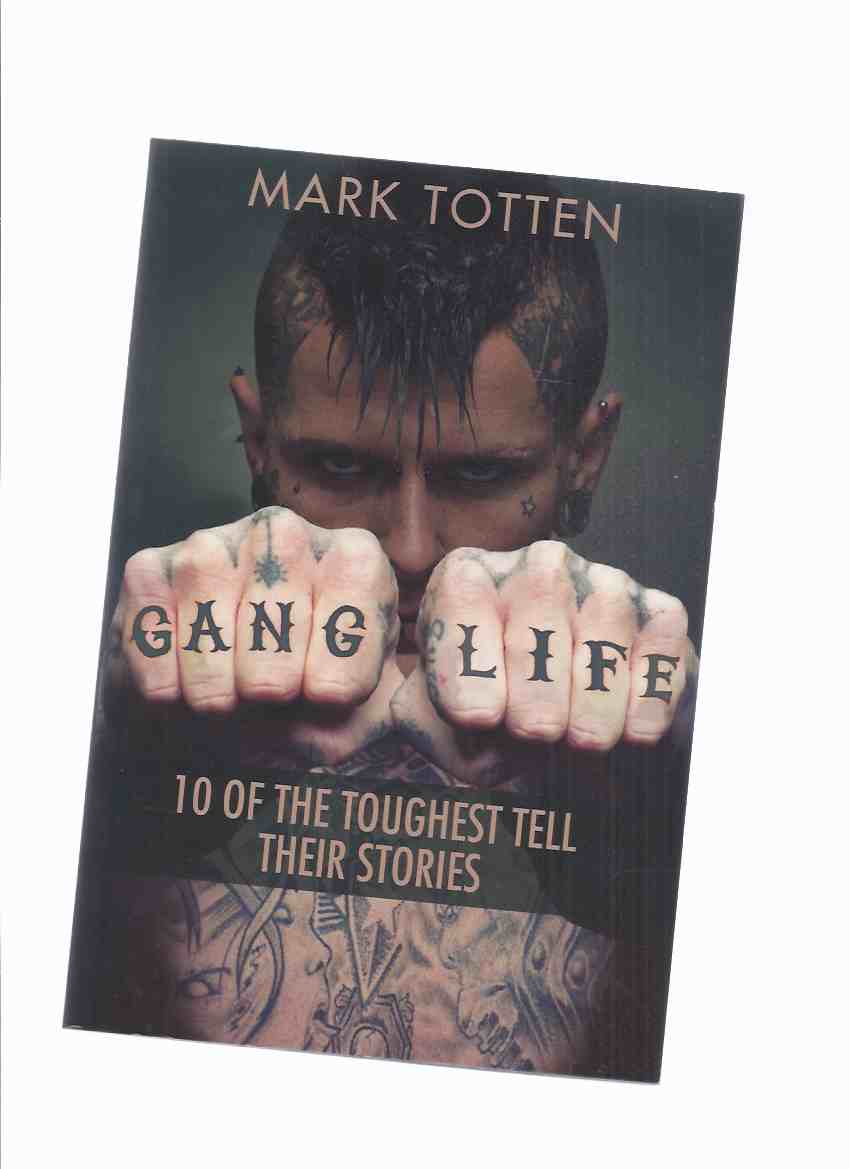 By: Totten, Mark, with Kaila Totten

------------softcover, about 6w x 9h inches, a Near Fine example, looks new, 214 pages, ---"For the first time, here's a no-holds-barred inside account of life for criminal gang members in cities and towns across Canada. --Mark Totten has slowly gained the confidence of gang members in many Canadian cities and small towns, and he knows enough to get the real goods from these men and women. In this book he tells the life stories -- so far -- of ten gang members drawn from across the country. Murderers, rapists, addicts, drug traffickers, victims of child abuse, abusers themselves -- these are people who many consider the worst of the worst. --But from their life stories, a more nuanced and complex picture emerges. The circumstances and events which lead children and teens into criminal life become clearer. --Meet: Jake, a 28-year-old former neo-Nazi skinhead gang member who beat people up "just for the fun of it," then became a drug dealer and a freelance enforcer for organized crime groups --Kim, a Cree woman with two addicted parents who joined her gang at 14, kept off drugs, and ran a group of prostitutes until going to jail -- at just 16 ---Dillon, a Latino-Canadian, sexually and physically abused as a young boy, a drug dealer and gang leader in high school and later head of a local chapter of a major international gang until he was "honoured" out ---No one will think the same way about criminal gang members and the circumstances that lead to a life in crime after reading this compelling and revealing book."---, any image directly beside this listing is the actual book and not a generic photo ///NOT SIGNED///