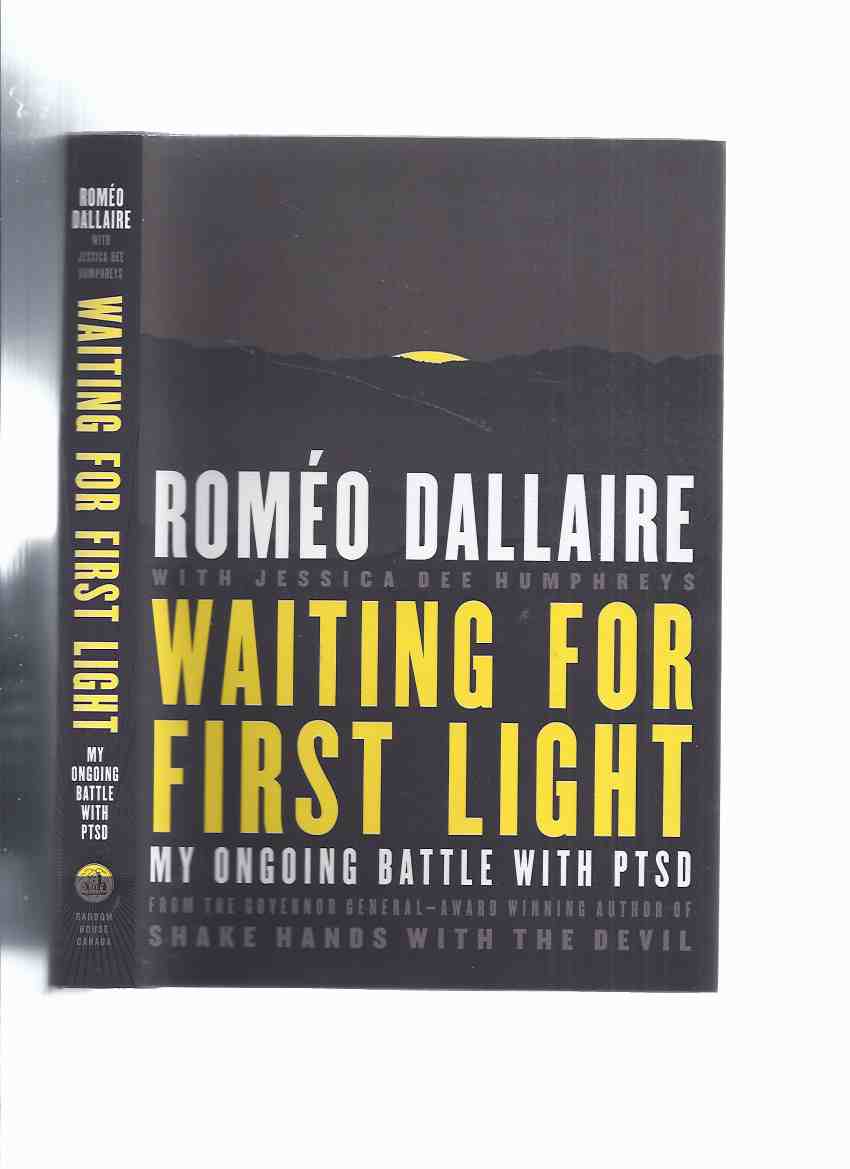 ----------hardcover, a Fine copy in a Fine dustjacket, signed without inscription by Dallaire, 185 pages, ---"In this piercing memoir, Romo Dallaire, retired general and former senator, the author of the bestsellers Shake Hands with the Devil andThey Fight Like Soldiers, They Die Like Children, and one of the world's leading humanitarians, delves deep into his life since the Rwandan genocide. --At the heart of Waiting for First Light is a no-holds-barred self-portrait of a top political and military figure whose nights are invaded by despair, but who at first light faces the day with the renewed desire to make a difference in the world. Romo Dallaire, traumatized by witnessing genocide on an imponderable scale in Rwanda, reflects in these pages on the nature of PTSD and the impact of that deep wound on his life since 1994, and on how he motivates himself and others to humanitarian work despite his constant struggle. Though he had been a leader in peace and in war at all levels up to deputy commander of the Canadian Army, his PTSD led to his medical dismissal from the Canadian Forces in April 2000, a blow that almost killed him. But he crawled out of the hole he fell into after he had to take off the uniform, and he has been inspiring people to give their all to multiple missions ever since, from ending genocide to eradicating the use of child soldiers to revolutionizing officer training so that our soldiers can better deal with the muddy reality of modern conflict zones and to revolutionizing our thinking about the changing nature of conflict itself. "---, any image directly beside this listing is the actual book and not a generic photo /// SIGNED ---GUARANTEED to be AVAILABLE///