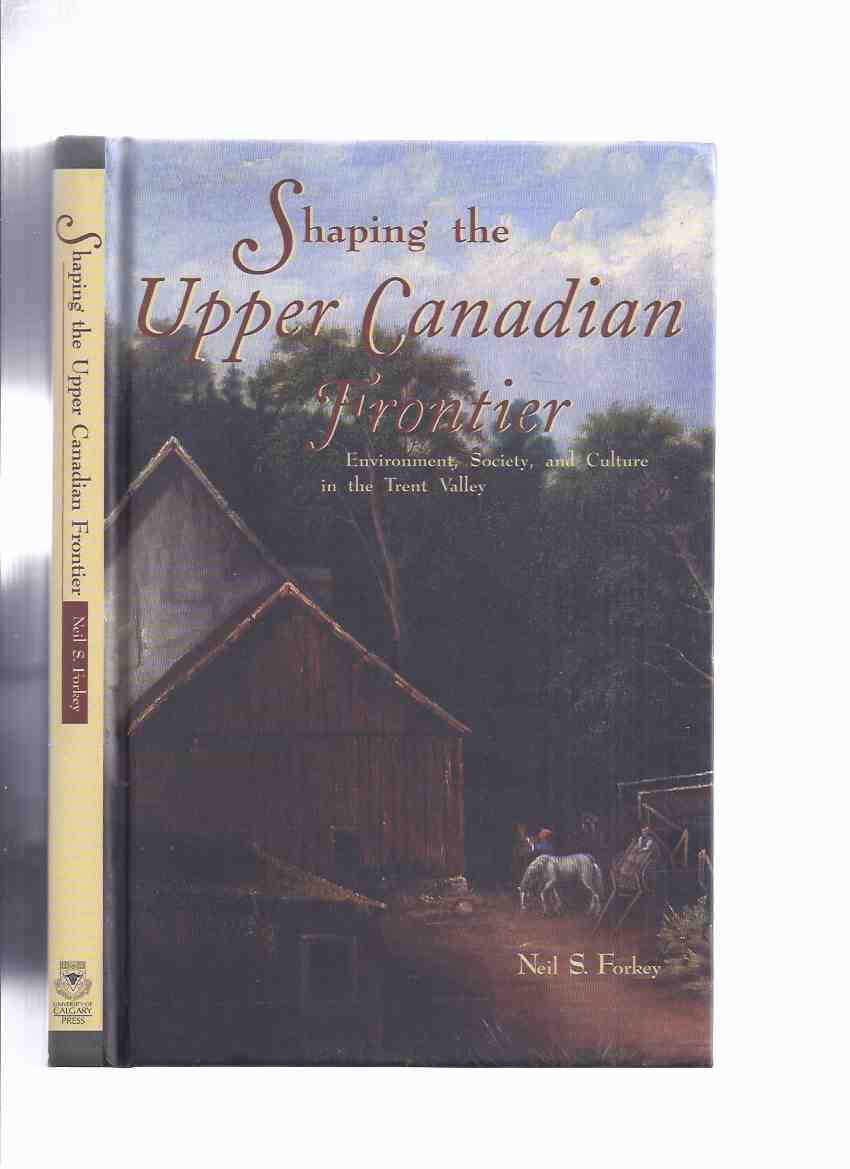 -----------hardcover, about 6w x 9.25h inches, a Near Fine example, , no dustjacket as issued, 164 pages, b&w illustrations, ---"a significant contribution to the growing body of work on Canadian environmental history. Themes of ethnicity and environment in the Trent Valley are brought into wider perspective with comparisons to other areas of contemporary settlement throughout the British Empire and North America. Forkey begins by placing his study within the literature of settler societies of Upper Canada and North America. The Trent Valley's geography, prehistory, and Native peoples, the Huron and the Mississauga, are discussed alongside the Anglo-Celtic migrations and resettlement of the area. Careful attention is devoted to the life and nature writings of Catherine Parr Traill. Her descriptions of life and environmental changes in the Valley point the way to a keener understanding of Canadian attitudes about the natural world during the nineteenth century. Shaping the Upper Canadian Frontier is the story of the Trent Valley during the nineteenth century, one of a settler society and a microcosm for wider human and environmental changes throughout North America"---, any image directly beside this listing is the actual book and not a generic photo ///NOT SIGNED///