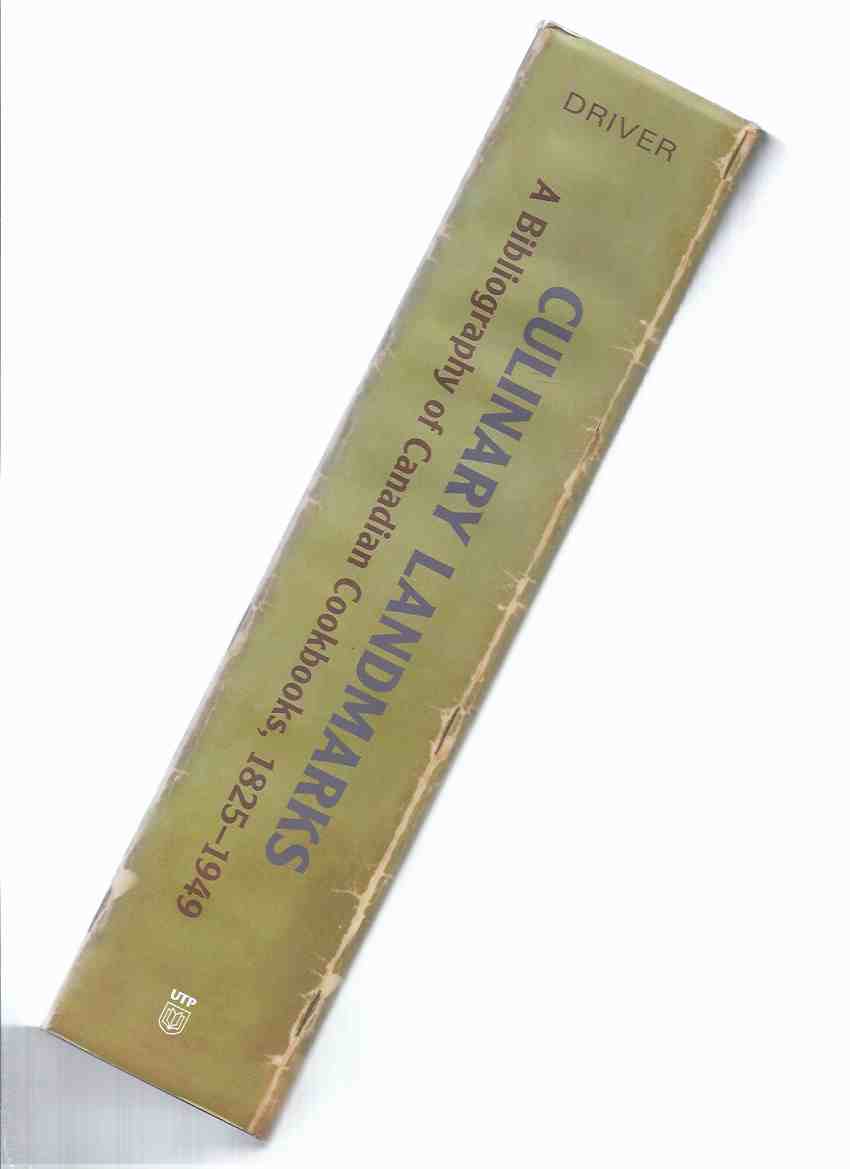 By: Driver, Elizabeth / Culinary Landmarks: A Bibliography of Canadian Cookbooks 1825 - 1949

-----------hardcover, extra shipping may be required-if an issue please inquire before ordering, about 8.75w x 11.25h inches, a Near Fine example, a few pages have had a small crease along one edge, in a very lightly rubbed Near Fine dustjacket, looks new, the distressed appearance of the dustjacket is part of the design and is not actually wear and tear to the jacket ---1257 pages, colour and b&w photos, book weighs over 6 pounds before packing so it's a biggie, ---"Culinary Landmarks is a definitive history and bibliography of Canadian cookbooks from the beginning, when La cuisinière bourgeoise was published in Quebec City in 1825, to the mid-twentieth century. Over the course of more than ten years Elizabeth Driver researched every cookbook published within the borders of present-day Canada, whether a locally authored text or a Canadian edition of a foreign work. Every type of recipe collection is included, from trade publishers' bestsellers and advertising cookbooks, to home economics textbooks and fund-raisers from church women's groups. --The entries for over 2,200 individual titles are arranged chronologically by their province or territory of publication, revealing cooking and dining customs in each part of the country over 125 years. Full bibliographical descriptions of first and subsequent editions are augmented by author biographies and corporate histories of the food producers and kitchen-equipment manufacturers, who often published the books. Driver's excellent general introduction sets out the evolution of the cookbook genre in Canada, while brief introductions for each province identify regional differences in developments and trends. Four indexes and a 'Chronology of Canadian Cookbook History' provide other points of access to the wealth of material in this impressive reference book."---, any image directly beside this listing is the actual book and not a generic photo ///NOT SIGNED ---GUARANTEED to be AVAILABLE///