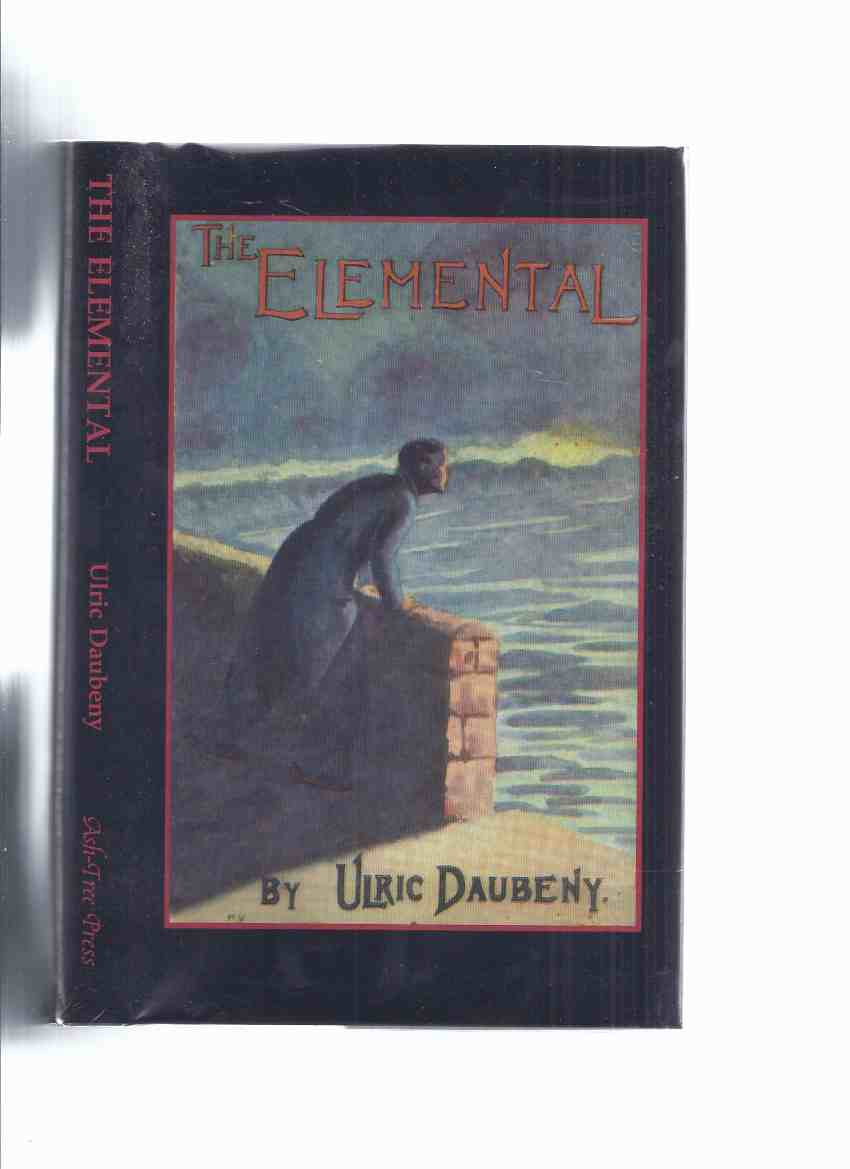 The Elemental: Tales of the Supernormal and the Inexplicable / Ash Tree Press (inc.; etc)

----------hardcover, a Fine example, in a Fine dustjacket, unread, ---"Ulric Evan Daubeny (1888 - 1922) produced a single collection of short supernatural fiction -The Elemental -a volume now so scare that only one of its stories, 'The Sumach', has ever been brought to the attention of modern-day readers: first in the short-lived magazine Borderland (1985) and then in Richard Dalby's anthology of vampire fiction, Dracula's Brood (1987). --Details of Daubeny's life are almost as hard to come by as the collection itself, but it is known that he was an enthusiastic collector of antiques and woodwind instruments, and a keen local historian and archaeologist, interests which are evident in his stories and other books: he is chiefly remembered today for his volumes on Ancient Cotswold Churches and Orchestral Wind Instruments Ancient and Modern. --This new edition of The Elemental adds an additional story to those found in the original: 'The Goblet' is the only other known supernatural piece to have come from Daubeny's pen, and it was originally published in Premier Magazine, also in 1919. --It will remain a mystery as to why The Elemental has remained neglected for so long, for certainly Daubeny is a confident and engaging story teller with some fine original ideas: a haunting possession borne in on a tidal bore; a vampiric Sumach tree; an Egyptian relic engineering a return to its homeland; a strange, haunted musical instrument; a writer who can succeed only with the material he produces when possessed by an outside force; and a Borgia goblet which almost brings about the death of its owner. These are just some of the chills in store for the reader who is now able to read The Elemental for the first time in more than eighty years. --CONTENTS: Introduction by Douglas A. Anderson; The Elemental; The Diary; The Garden that was Desolate; The Sumach; Winds of Memory; The Hand of Glory; Matheson's Mummy; 'H. F.'; The Broze Devil; The People of the Hidden Room; The Apostate; A Lasting Legacy; The Other Occupant; As It Was Written; Scarlet Poppies; The Serpent; The Goblet, any image directly beside this listing is the actual book and not a generic photo ///NOT SIGNED///

Title: The Elemental: Tales of the Supernormal and the Inexplicable / Ash Tree Press (inc.; etc)

The Elemental: Tales of the Supernormal and the Inexplicable / Ash Tree Press (inc.; etc)