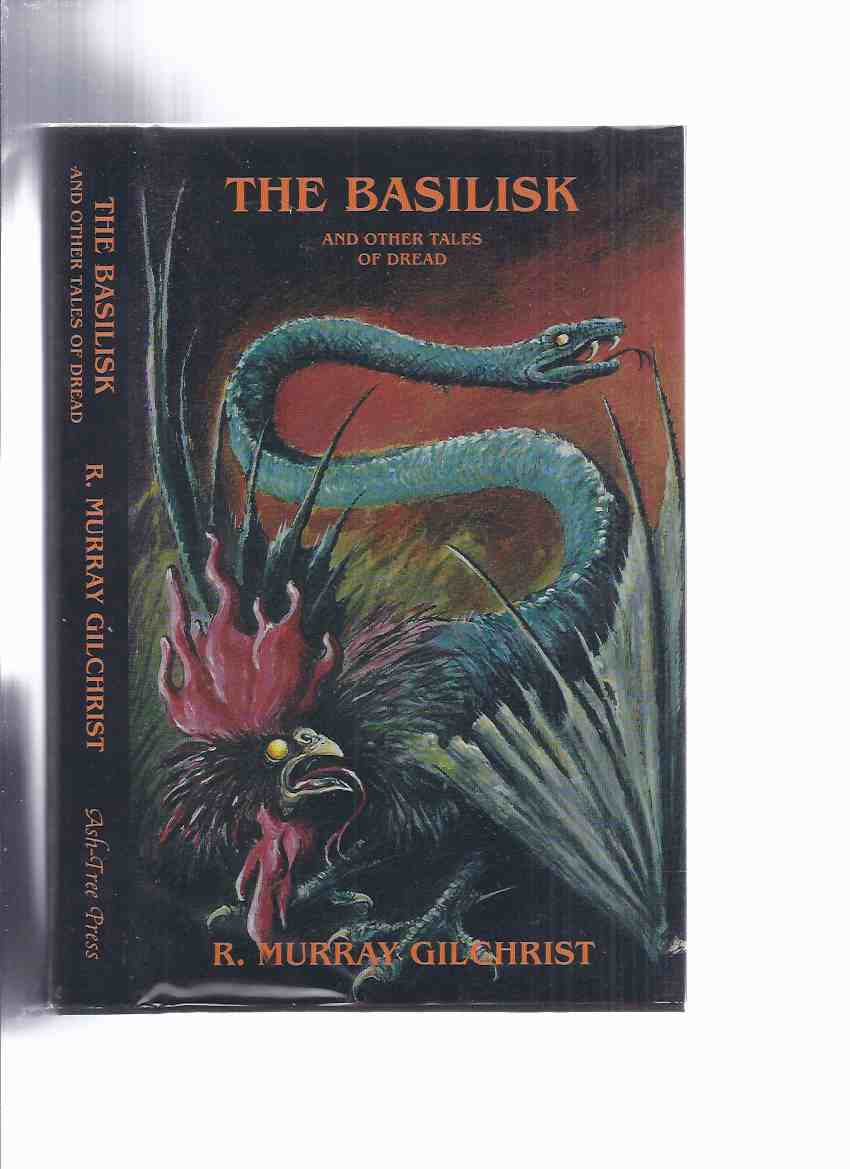 The Basilisk and Other Tales of Dread / Ash Tree Press

----------hardcover, a Fine example, in a Fine dustjacket, unread, ---Robert Murray Gilchrist (1868 - 1917) made just a single contribution to The Yellow Book, the highly regarded, unorthodox Victorian magazine of literature which flourished for three short years between 1894 and 1897 -the little known vampire story 'The Crimson Weaver'. Gilchrist's name, when it is mentioned at all today, is much better known for his highly regarded collection of short fiction, The Stone Dragon (1894), a rarity which is highly sought by genre collectors. --Tradition has had it that following this single collection, Gilchrist turned away from the weird tale to devote his attention to his stories of the Peak District and his topographical studies; but this is not entirely true. --In 1903, Hurst & Blackett published Gilchrist's Lords and Ladies, which included an additional six weird tales; and the June 1905 issue of The London Magazine saw the appearance of a further vampire tale, 'The Lover's Ordeal'. --By 1926, however, when Gilchrist's good friend Eden Phillpotts championed the posthumous collection A Peakland Faggot, it seems that any contribution to the weird tale had been forgotten: Phillpotts makes no mention of these unique stories, nor does Hugh Walpole, who included a short memoir of Gilchrist in The Apple Trees: Four Reminiscences, published in 1932. --The Basilisk and Other Tales of Dread brings together for the first time all of the known weird stories from the pen of R. Murray Gilchrist. Themes of madness and doomed love predominate -and on the rare occasions when Gilchrist's protagonists survive the trials with which they are beset, it seems certain that they will be forever burdened with memories of their tragic experiences. --CONTENTS: Introduction: The Tragedies of R. Murray Gilchrist; The Crimson Weaver; The Stone Dragon; The Lover's Ordeal; The Manuscript of Francis Shackerley; Midsummer Madness; The Return; Dame Inowslad; The Lost Mistress; Witch In-Grain; The Basilisk; The Noble Courtesan; The Writings of Althea Swarthmoor; Roxana Runs Lunatick; The Grotto at Ravensdale; Excerpts from Witherton's Journal: Also a Letter of Crystalla's; My Friend; The Madness of Betty Hooton; Bubble Magic; Dryas and Lady Greenleaf; The Priest's Pavan; A Night on the Moor; The Pageant of Ghosts; Appendix: The Panicle; A Witch in the Peak; Sources, any image directly beside this listing is the actual book and not a generic photo ///NOT SIGNED///

Title: The Basilisk and Other Tales of Dread / Ash Tree Press

The Basilisk and Other Tales of Dread / Ash Tree Press