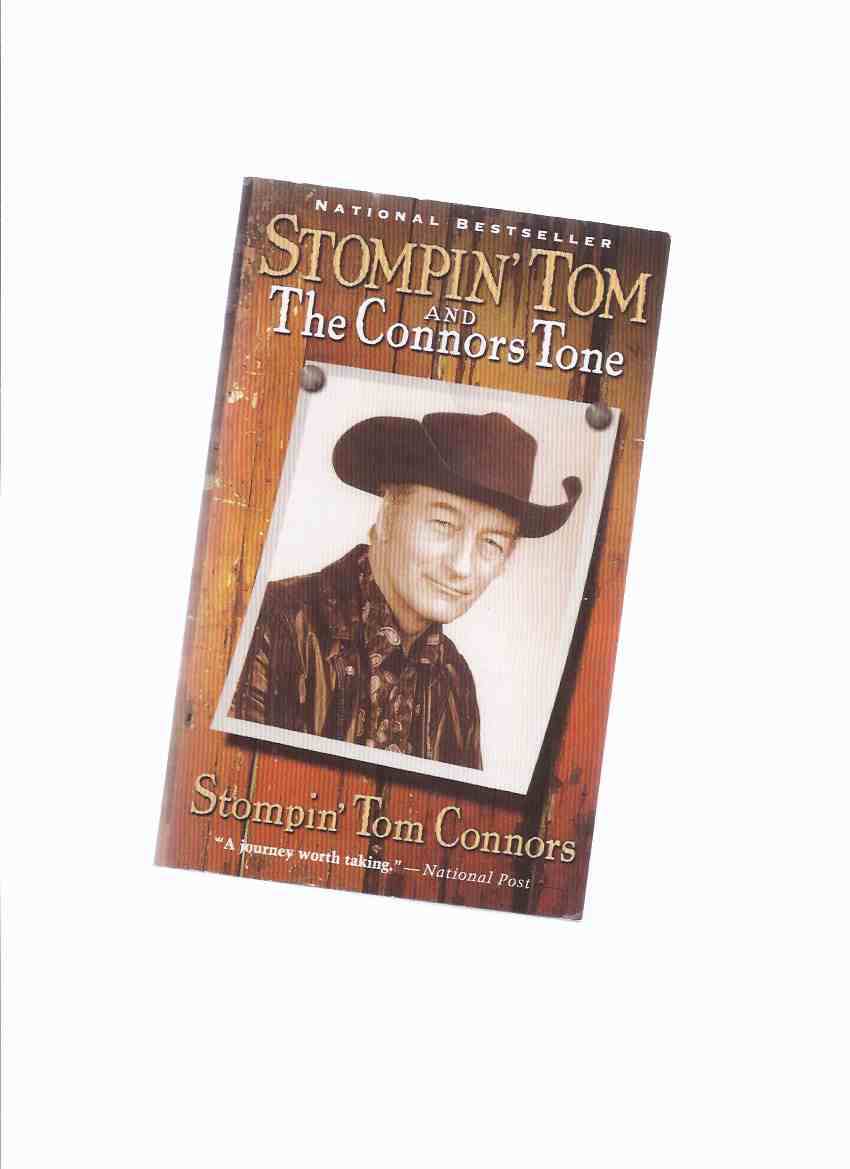 -----------paperback, a Near Fine example with a wee bit of very light rubbing, some small faint dimples on rear panel, , signed without inscription by CONNORS , 851 pages, b&w photos, ---In his first bestselling volume of memoirs, Before the Fame, Stompin' Tom Connors told the story of his harsh childhood: begging on the streets at the age of four, surviving orphanages and a foster home, and running away at thirteen with his guitar, his songs, and a dream. In Stompin' Tom and the Connors Tone, the man in the black hat continues his amazing story: from his emergence as a Canadian legend to the present. He relates the story of his "break" in the early 1960s when, short on cash in a Timmins, Ontario bar, he was offered a deal by the bartender: if he played some songs, his beer would be free. Soon his music hit the airwaves, record labels were beating down his door, and he was asked to appear in major shows; his first on the same stage as Hank Snow. Tom talks about his music, and the hundreds of songs that resonate with Canadians from coast to coast, including favourites like "Sudbury Saturday Night," "Bud the Spud," and "The Hockey Song." But despite his popularity, Tom has had to battle producers, agents, and radio networks to get his message across. A passionate Canadian, Tom tells of how he questioned the integrity of the Canadian music industry and, in 1979, held a press conference and returned all his Juno Awards as he felt there was a lack of support for Canadian artists. In 1986, he formed his own record label, A-C-T Records, to raise the profile of Canadian musicians. Along with plenty of tales of his hijinks on the road, and of the colourful people he has met in his travels, from prime ministers to lumberjacks, he also shares the intimate story of his love life: his initial attraction to Lena, his wife of twenty-six years, their nationally-televised marriage, and their son Tom Jr. Lively, opinionated, alternately funny and deeply compassionate, this is a chronicle of an extraordinary life as only Stompin' Tom can tell it., any image directly beside this listing is the actual book and not a generic photo ///SIGNED ---GUARANTEED to be AVAILABLE///