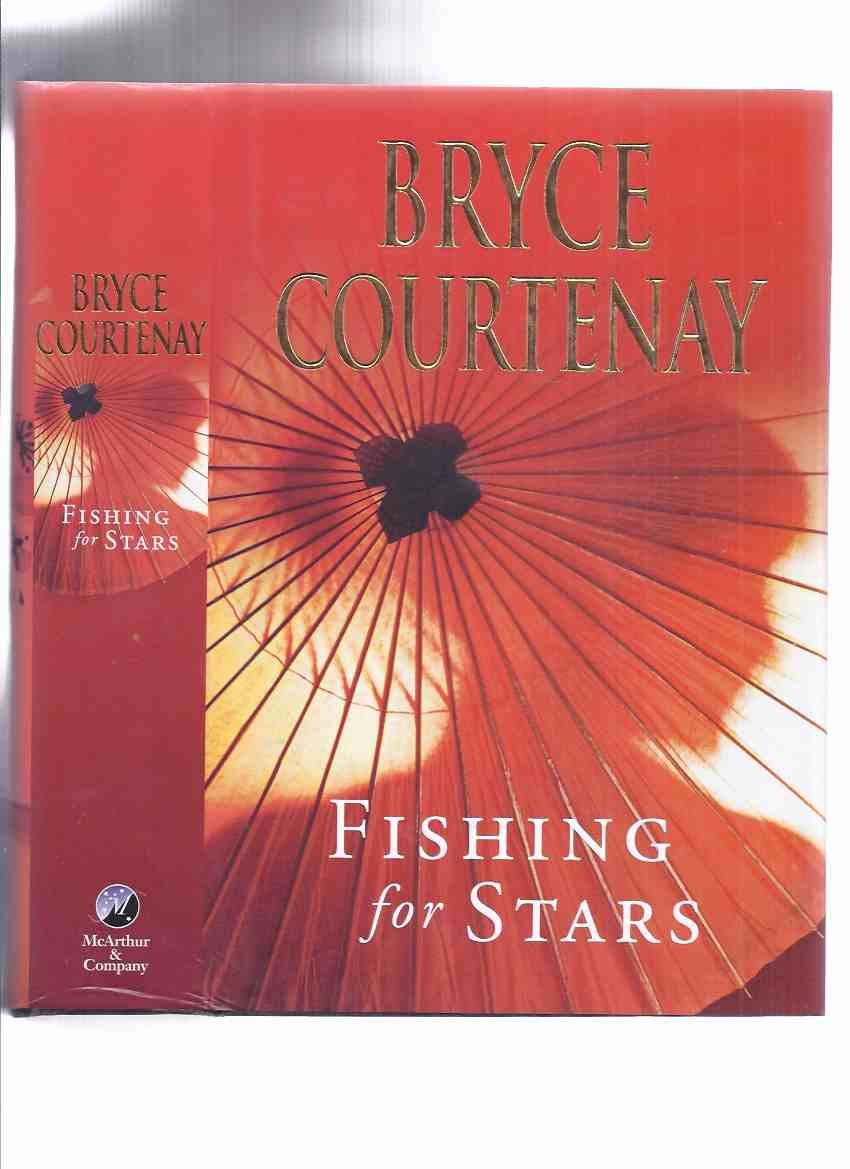 Fishing for Stars ---by Bryce Courtenay

----------hardcover, a Near Fine example with some light rubbing and finger marks to the boards, in a Near Fine dustjacket, 601 pages, ---"Nicholas Duncan is a semi-retired shipping magnate who resides in idyllic Beautiful Bay in Indonesia, where he is known as the old patriarch of the islands. He is grieving the loss of his beautiful Eurasian wife, Anna, and is suffering for the first time from disturbing flashbacks to WWII, the scene of their first meeting and early love. His other wartime lover is the striking Marg Hamilton, a powerful and influential political player in Australia who has remained close to Nick. --Marg suspects Nick is suffering the onset of Post Traumatic Stress Disorder and organises for a specialist to meet with him in Sydney. But when they meet, Tony Freedman stirs long-buried emotions in Nick and the two men don't hit it off. Nick leaves in an explosion of anger and finds himself in hospital after being hit by a car. Tony visits and encourages Nick to write as a form of therapy - to write about Anna. --So he sets about writing about the woman who has inspired him since his late teens, and in doing so draws us into the compelling tale of the life he has lived post war-hero days building a shipping empire, navigating international corruption, supporting his wife's third-world education crusade and loving the women who inspire him.."---, any image directly beside this listing is the actual book and not a generic photo ///NOT SIGNED ---GUARANTEED to be AVAILABLE///

Fishing for Stars ---by Bryce Courtenay