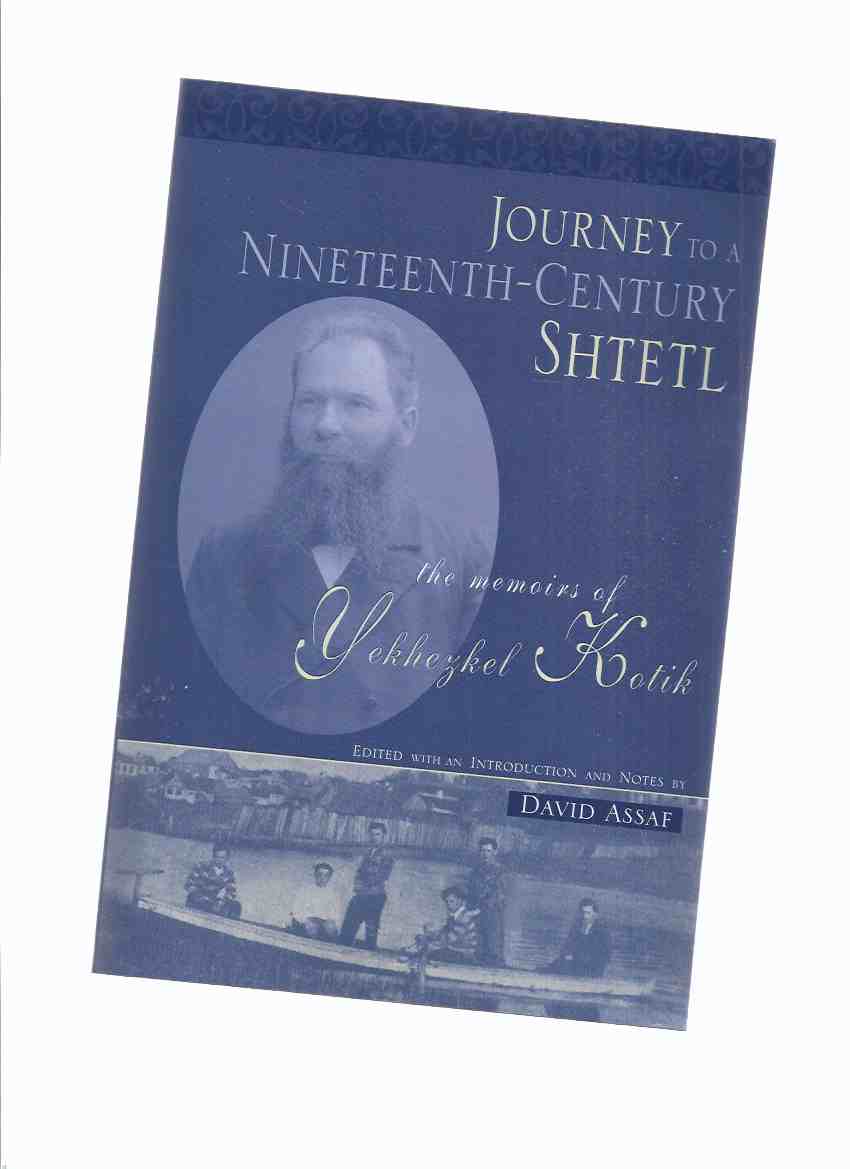 ----------softcover, about 6w x 9h inches, a Near Fine example, 540 pages, some b&w photographs, ---"Originally published in Warsaw in 1913, this beautifully written memoir offers a panoramic description of the authors experiences growing up in Kamieniec Litewski, a Polish shtetl connected with many important events in the history of nineteenth-century Eastern European Jewry. Although the way of life portrayed in this memoir has disappeared, the historical, cultural, and folkoric material it contains will be of major interest to historians and general readers alike. --Kotiks story is the saga of a wealthy and influential family through four generations. Masterfully interwoven in this tale are colorful vignettes featuring Kotiks family and neighbors, including rabbis and zaddikim, merchants and the poor, hasidim and mitnaggedim, scholars and illiterates, believers and heretics, matchmakers and informers, and teachers and musicians. Stories of personal warmth and despair intermingle with descriptions of the rise and decline of Jewish communal institutions and descriptions or the relationships between Jews, Russian authorities, and Polish lords. Such events as the brutal decrees of Tsar Nicholas I, the abolishment of the Jewish communal board known as the Kahal, and the Polish revolts against Russia are reflected in the lives of these people. --The English edition includes a complete translation of the first volume of memoirs and contains notes elucidating terms, names, and customs, as well as bibliographical references to the research literature. The book not only acquaints new readers with the talent of a unique storyteller but also presents an important document of Jewish life during a fascinating era. "---, any image directly beside this listing is the actual book and not a generic photo ///NOT SIGNED - GUARANTEED to be AVAILABLE///