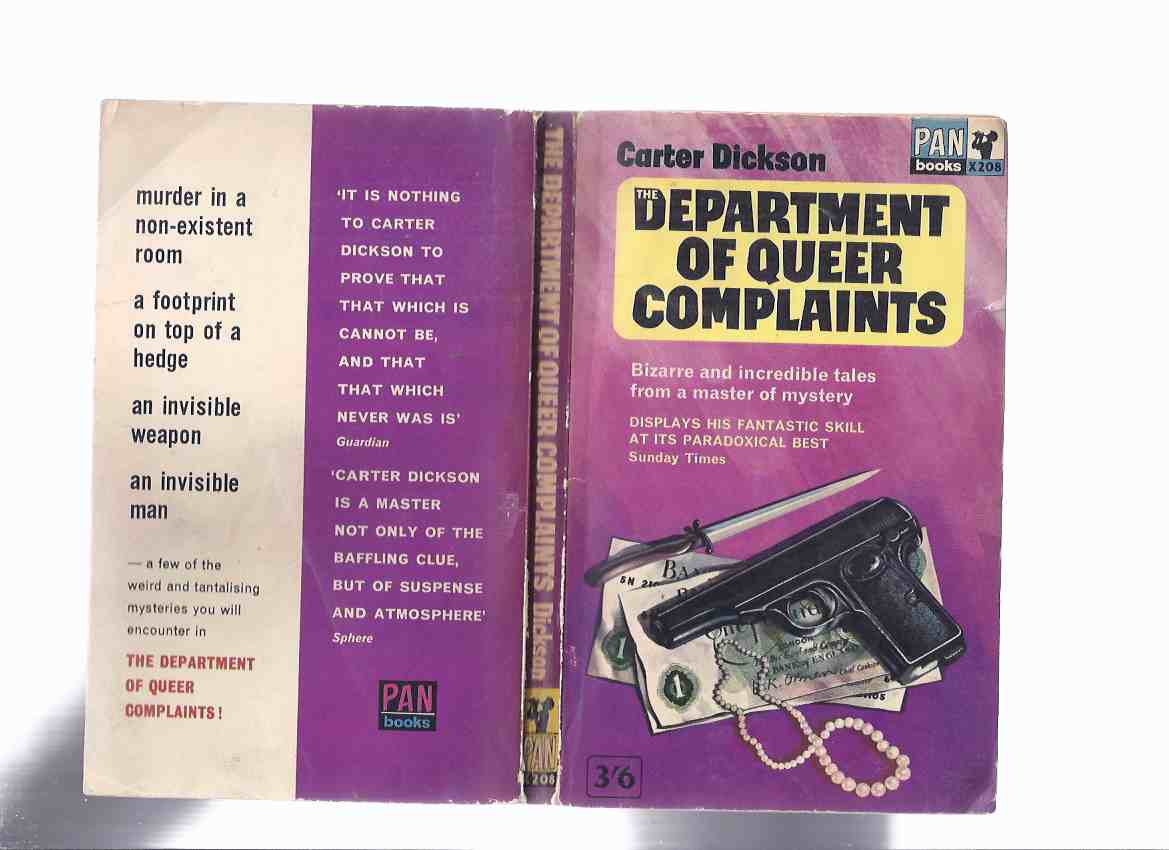 -----------paperback, a solid Good example, general wear and some light creases, small ink name, some age toning to paper, spine is cocked, --- this contains: The New Invisible Man; Footprint in the Sky; The Crime in Nobody's Room; Hot Money; Death in the Dressing Room; The Silver Curtain; Error at Daybreak, these 7 stories are all Colonel March mysteries, as well, this collection contains: The Other Hangman; New Murders for Old; Persons or Things Unknown; Blind Man's Hood, this book reprints the contents of the original hardcover edition which contained these 11 stories (of which 4 are NOT Colonel March stories), ----in 1952 Colonel March Investigates was released as a movie starring Boris Karloff, as well -- Karloff starred in 26 episodes of Colonel March of Scotland Yard -- a British / UK television series, any image directly beside this listing is the actual book and not a generic photo ///NOT SIGNED ---GUARANTEED to be AVAILABLE///