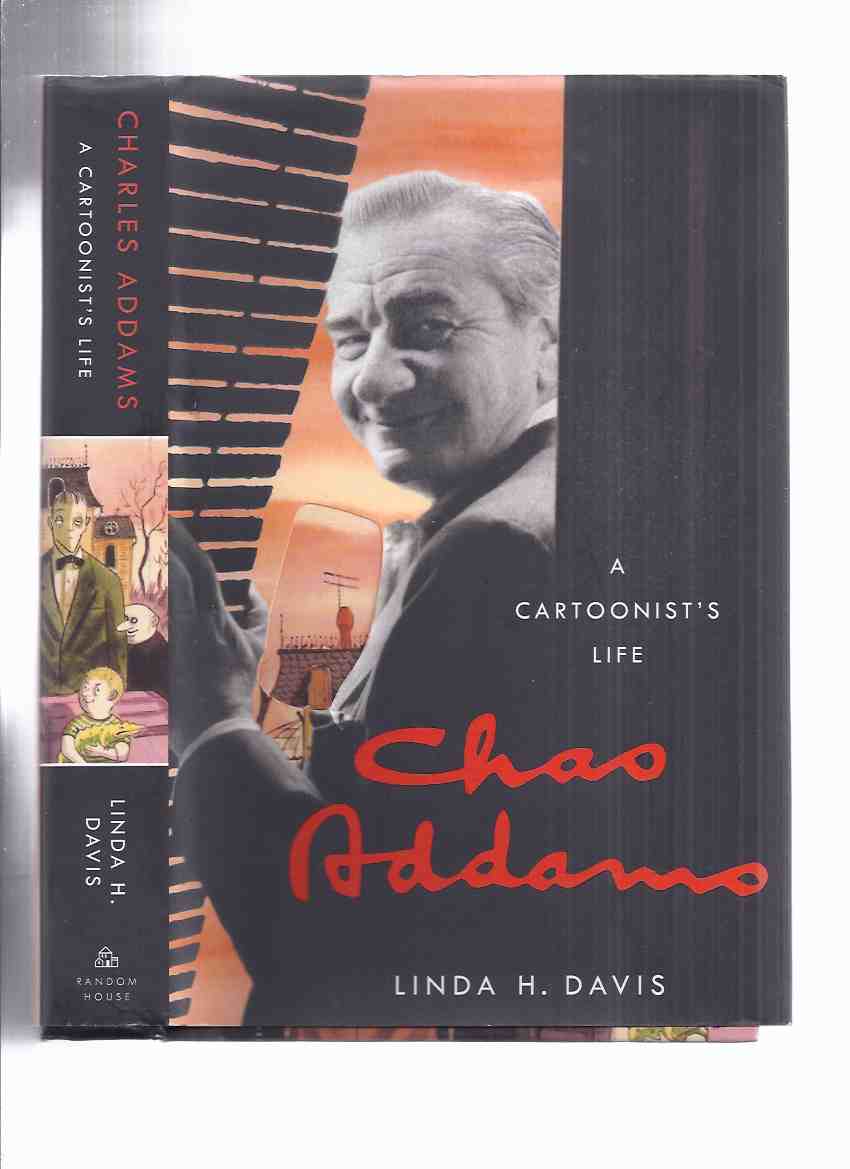 ------------hardcover, a Near Fine example, in a Near Fine dustjacket, small nick in the cut-out window on the front panel, looks new, nice CHAS ADDAME "Addams Family" cover art on the book, 382 pages, b&w photos, ---"Theyre creepy and theyre kooky, is how the catchy theme song of The Addams Family described everyones favorite nonconformists -Morticia, Gomez, Lurch, Uncle Fester, Grandmama, Wednesday, and Pugsley. But for all the novelty of the sitcom based on Charles Addamss groundbreaking New Yorker cartoons, Hollywoods Addams family paled beside the cartoonists. -Not half as evil as my original characters,- sighed Addams. ---Though the haunted-household cartoons developed a following among New Yorker readers long before the 1960s sitcom, and the Addams and their seedy Victorian mansion soon became recognizable types, the artist with the well-known signature -Chas Addams- remained an enigma. Called -the Bela Lugosi of the cartoonists, - Addams was the cartoonist everyone -even Hitchcock -wanted to meet. He was bedeviled by rumors. People claimed that he slept in a coffin, collected severed fingers sent by fans, and suffered bouts of madness that sent him to the insane asylum. ---The true Addams was even more fabulous than the wildest stories and cartoons. Here was a sunny, funny urbane man, -a normal American boy,- as he called himself, with a dog who hated children and a taste for crossbows. While producing a unique body of work featuring lovingly drawn homicidal spouses, demonic children, genteel monsters, and an everyday world crosshatched with magic, Addams raced classic sports cars, juggled beautiful women (Joan Fontaine, Jackie Kennedy, and Greta Garbo, to name a few), and charmed everyone. But though his pursuits suggest lighthearted romantic comedy, Addamss life had its sinister side. Far darker than anything Addams created with a brush was his relationship with a dangerous woman who forever changed his life. ---In this first biography of the great cartoonist, written with exclusive access to Addamss intimates and his private papers, we finally meet the man behind the famed cartoons and circling rumors. Here is his surprising childhood in New Jersey, the cartoon that offended the Nazis, the friend whose early death Addams long mourned. Here are his wives, the stories behind his most famous -and some of his most private -cartoons, and the Addams whom even his closest friends didnt know. ---With wit, humor, poignancy, and insight -enhanced by rare family photographs, classic and previously unpublished cartoons, and private drawings -Linda H. Davis paints an engaging and endearing portrait of a marvelous American original. ---One of Americas most gifted biographers, Linda Davis has given us an engrossing, unforgettable portrait of the legendary New Yorker cartoonist."---, any image directly beside this listing is the actual book and not a generic photo ///NOT SIGNED ---GUARANTEED to be AVAILABLE///