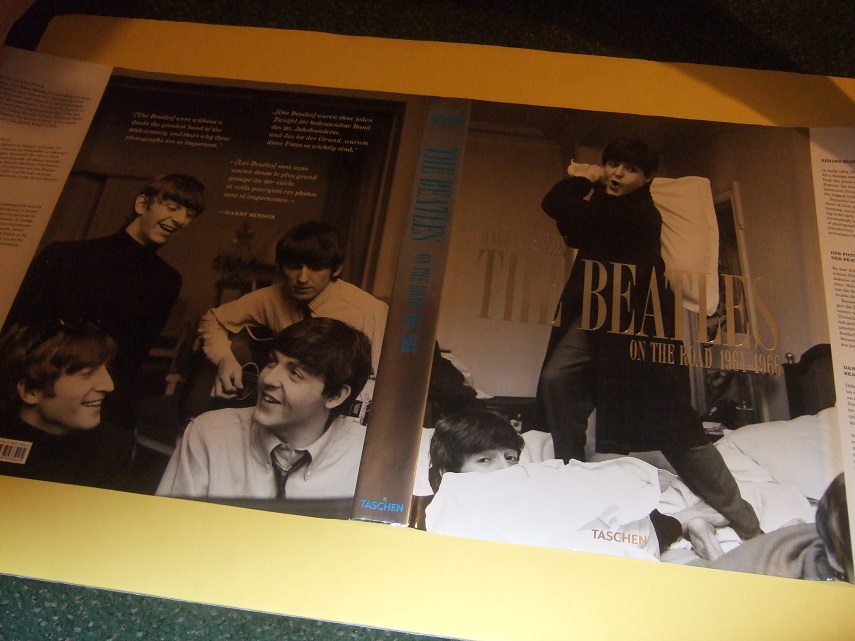 -----------hardcover, about 10.5 x 15h inches, a Fine example, in a Fine dustjacket, looks new, 272 pages, packed with b&w photos of which many are up close and personal and behind-the-scenes, all text is in English, German and French ---"In early 1964, photographer Harry Benson received a call from the photo editor of Londons Daily Express, who asked him to cover the Beatles trip to Paris. It was the beginning of a career-defining relationship, which would both make Bensons name and produce some of the most intimate photographs ever taken of the Beatles. --In Paris, Benson captured the Fab Four in the midst of a pillow fight at the George V Hotel, a spontaneous moment which came to epitomize the spirit of the band? Benson himself has called it the best shot of his career. Later that year, he followed the group on the road for their debut U.S. tour, documenting their appearance on The Ed Sullivan Show, their surprising encounter with Cassius Clay, and the hysteria of New York Beatlemania. Benson also photographed George Harrisons honeymoon in Barbados, documented the Beatles on the set of their debut movie A Hard Days Night, and was present on the now infamous 1966 tour when John Lennon said that the Beatles were -more popular than Jesus.-Previously out-of-print, this re-edition brings back the best of Bensons luminous black-and-white Beatles portfolio. Complemented by quotes and newspaper clippings from the period, an introduction by the photographer himself adds exciting personal testimony to these iconic images of the greatest band in musical history., ---additional shipping may be required depending upon location -if an issue please inquire before ordering, any image directly beside this listing is the actual book and not a generic photo ///NOT SIGNED ---GUARANTEED to be AVAILABLE///