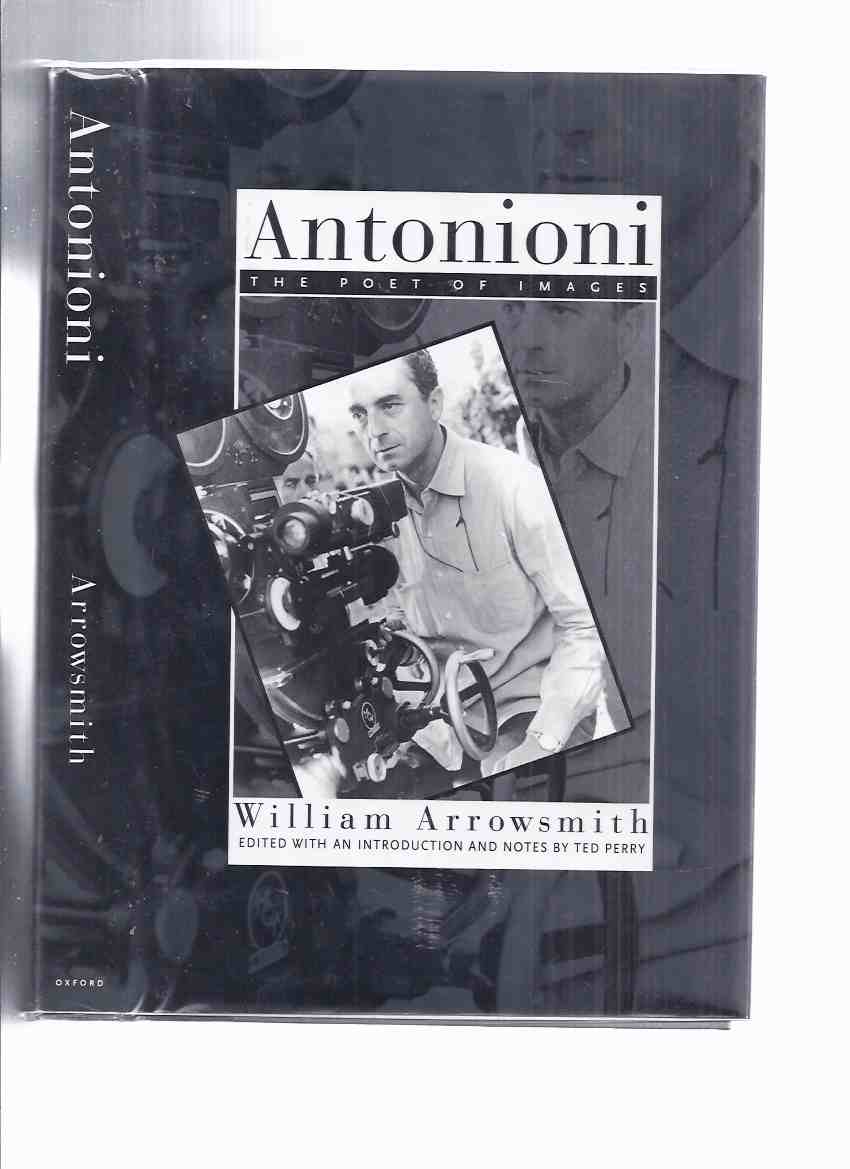 -----------hardcover, a Near Fine example, in a Near Fine dustjacket, looks new, price clipped, a bit of light pencil underlining and marginalia, 194 pages, ---"Celebrated critic William Arrowsmith did not sit on the fence when it came to Michelangelo Antonioni, the inspired Italian director of such classic films as L'avventura, Blow-up, and Eclipse. "Let me be clear about what I think," Arrowsmith told an audience assembled at New York's Museum of Modern Art in 1977. "Antonioni is one of the greatest living artists, and as a director of film, his only living peer is Kurosawa; and he is unmistakably the peer of the other great masters in all the arts. As an innovator and manipulator of images, he is the peer of Joyce in the novel; in creating a genuine cinematic poetry, he stands on a level with Vale(accent)ry and Eliot in poetry proper; and that his artistic vision, while perhaps no greater than that of Fitzgerald or Eliot or Montale or Pavese, is at least as great and compelling. ---What was there about Antonioni's films that ignited such a response in Arrowsmith, and that continues to move, inspire, entrance and occasionally enrage film lovers today? In Antonioni: Poet of Images, Arrowsmith's friend and colleague Ted Perry has brought together and edited eight remarkable essays, all but two never before published, in which the late critic confronts the Antonioni oeuvre through a film-by-film examination of his best known work, from 1956's Il grido, to L'avventura, La notte, Eclipse, Red Desert, Blow-Up, and Zabriskie Point, concluding with 1975's The Passenger,starring Jack Nicholson and Maria Schneider. Originally presented as lectures, these seminal essays brilliantly illuminate what these films mean to us, and why. A renowned literary critic and classicist, Arrowsmith traces with matchless clarity the intellectual roots of Antonioni's uncompromising vision. But Arrowsmith also illuminates the more technical and cinematic aspects of Antonioni's work, how the movement of the camera or the use of space enhanced the director's ability to find and create memorable images. In his analysis of a scene in La notte, for instance, Arrowsmith proposes how the composition of shots expresses the meaning. Noting how the actress portraying a nymphomaniac is framed next to expanses of wall, Arrowsmith writes, "What the nymphomaniac wants to shut out is any knowledge of the blank immensity...that we see exteriorized as she stands against the absolutely clinical white blankness of the wall, her own emptiness projected as the emptiness around her, threatening her.---"When an artist like Antonioni is examined by a critic like Arrowsmith," Ted Perry writes in his memorable introduction,"We see again how art is connected to life, life to death, and both art and life to meaning." Enhanced by an appendix providing a brief synopsis of each of the eight films, and frequent translations of key bits of dialogue crucial to film-goers' understanding, Antonioni: Poet of Images captures the insight, sensitivity, and intelligence of one of our most distinguished critics, and celebrates the work of one of the world's most innovative film makers. It is essential reading for lovers of cinema and all admirers of Arrowsmith."--- any image directly beside this listing is the actual book and not a generic photo ///NOT SIGNED ---GUARANTEED to be AVAILABLE///