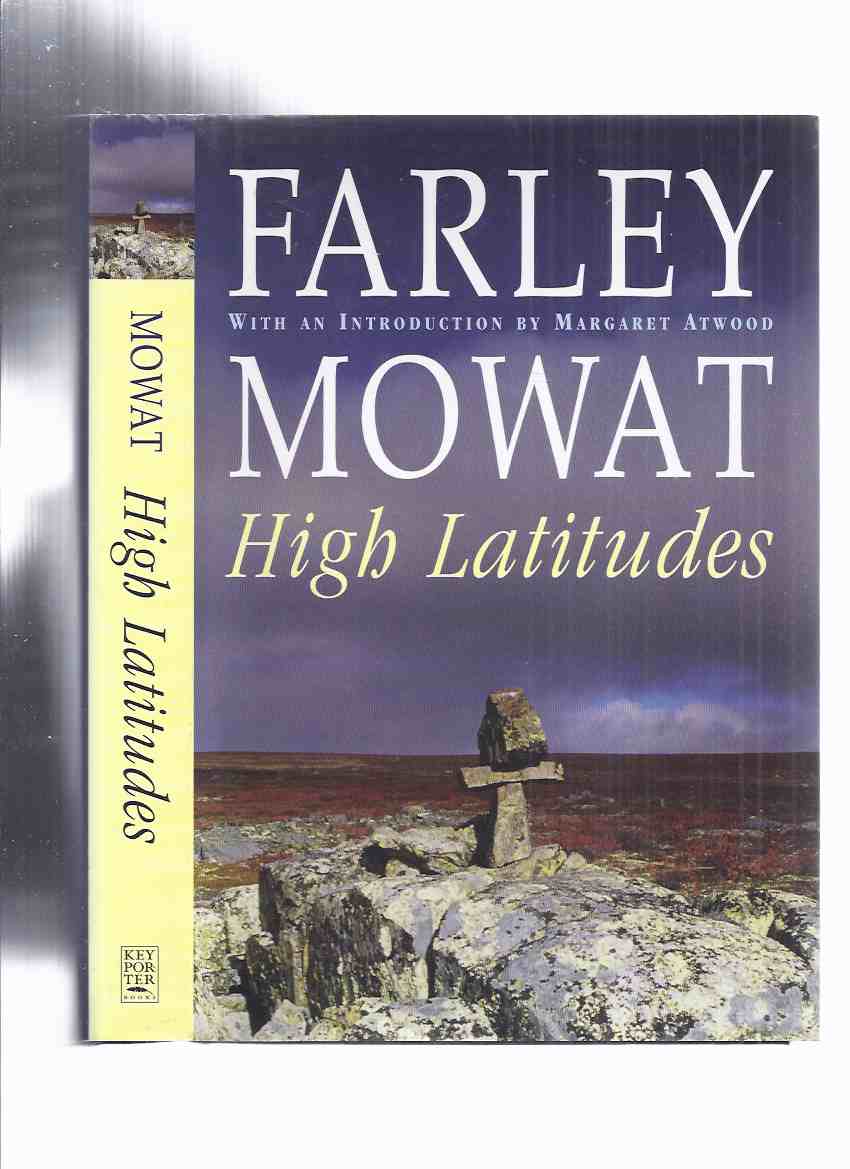 ----------hardcover, a Near Fine example, in a Near Fine dustjacket, looks new, signed and inscribed by Mowat "For Margaret Farley Mowat 2002", not often found signed, 300 pages, ---"Ten years after the travels documented in Walking on the Land, Farley Mowat returned to the Canadian Arctic for the most extensive northern trip of his life. Traversing the Arctic, tape recorder in hand, he talked with anyone and everyone willing to tackle his formidable wit and passion in a discussion about the change being thrust upon the north and its people. In High Latitudes: A Journey, Mowat chronicles this trip, creating a marvelous memoir that marries his own experiences with those of the people he meets. Eccentrics, loners and do-gooders, re-settled and traditional Inuit, politicians and priests, Company men and freetraders-they are all here, adding their voices to Mowat`s. Old-time traders reminisce over bannock and tea. Young Inuit argue for political change in a stuffy room. Would-be architects of the New North tout economic expansion. Fiercely independent northerners try to strike a balance between the old ways and the new. Mowat skillfully weaves these diverse stories of this land he loves with his own story, entertaining us, enlightening us, and daring us to care in the process. As the north faces another era of seismic change, High Latitudes gifts us with voices out of time-voices filled with wisdom and humour and passion. They are signposts for us, if we are ready. Farley Mowat was born in Ontario in 1921, and grew up in Belleville, Trenton, Windsor, Saskatoon, and Toronto. After spending most of two years in the Arctic, following his war service, Mowat began writing for a living in 1949, and has published over 30 books during his distinguished career. He is the author of thirty-eight books, including for Key Porter My Father`s Son, Born Naked, The Farfarers, Aftermath and Walking on the Land. Other notable titles include People of the Deer, The Dog Who Wouldn`t Be, Never Cry Wolf, A Whale for the Killing and Sea of Slaughter. Combined, they have sold more than 14 million copies in 24 languages throughout the world"---, any image directly beside this listing is the actual book and not a generic photo ///SIGNED ---GUARANTEED to be AVAILABLE///