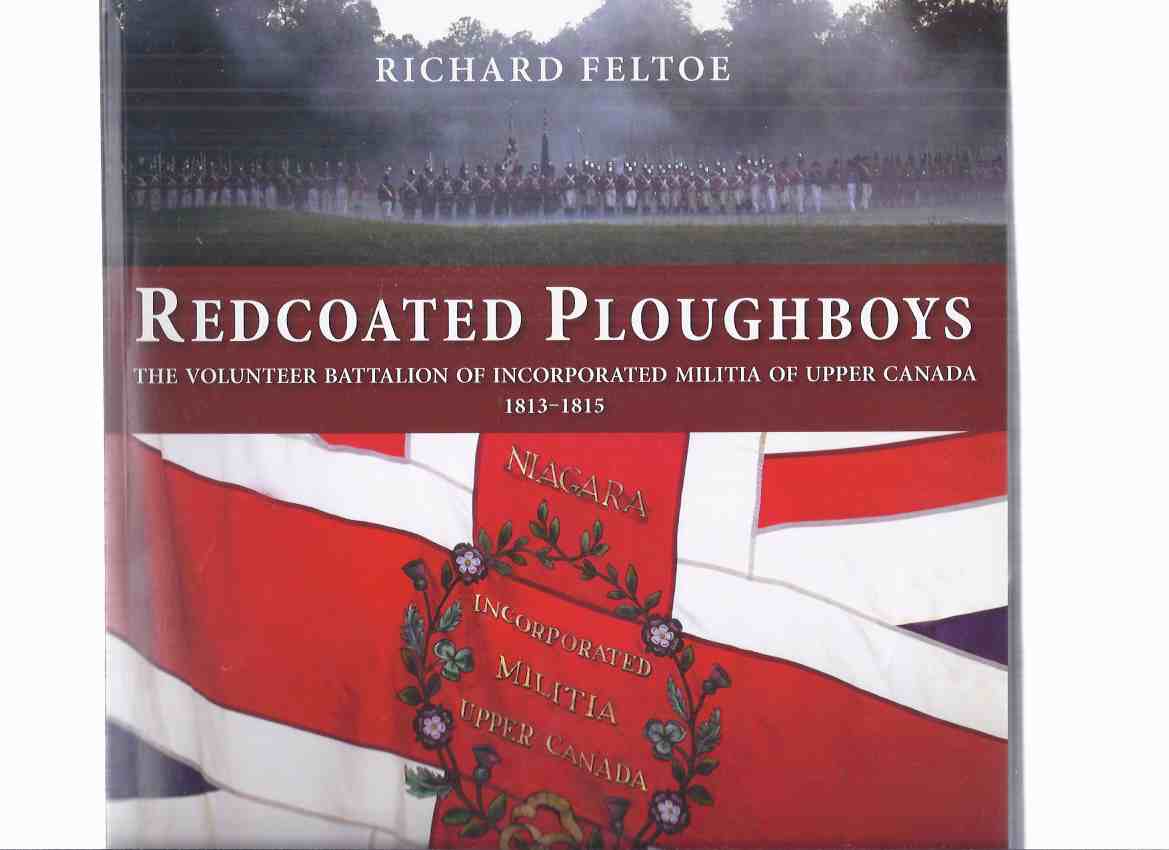 ------------softcover, about 9w x 9h inches, a Near Fine example, looks new, 430 pages, b&w photos and illustrations and maps, ---"In 1812, the future of British North America hung in the balance as the United States declared war with the avowed goal of conquering the Canadas and removing British influence from the continent forever. ---In response, a corps of men, drawn from every walk of life and social stratum of Upper Canada, stepped forward to defend their fledgling colony by volunteering to serve in the Battalion of Incorporated Militia of Upper Canada. After undergoing rigorous training, and fighting with distinction in numerous skirmishes and battles, it earned the prestigious battle honour Niagara. The regiment was disbanded at the conclusion of the war, and with the passage of time, its dedicated service and efforts have faded into the dust of histories written about the War of 1812. ---Redcoated Ploughboys brings the story of this regiment, and the men who served in it, back to life, revealing a fascinating lost chapter in Canada’s early military history."---, any image directly beside this listing is the actual book and not a generic photo ///NOT SIGNED ---GUARANTEED to be AVAILABLE///