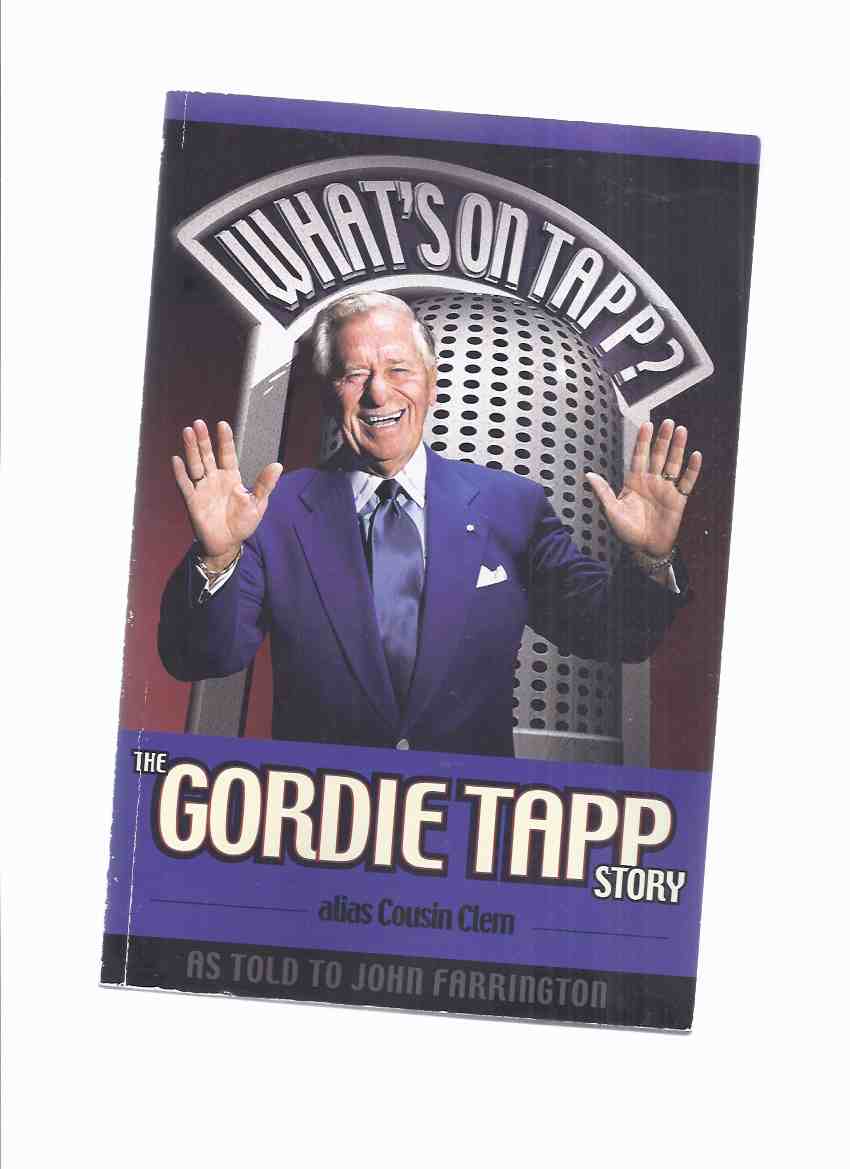 ----------softcover, about 6w x 9h inches, a Very Good+ example, light wear and rubbing, short faint crease on front panel, 226 pages, colour and b&w photos, signed aand dated without inscription by Gordie Tapp, ---Gordie Tapp has been making audiences laugh for more than 60 years. Johnny Cash called him "the funniest" and Foster Brooks introduced him to President Ford as "the world's greatest story-teller." Born in London, Ontario, in 1922, he has been married to Helen for 62 years. They have four children. He graduated from Lorne Greene's Radio Arts Academy in Toronto in 1947 and helped launch a radio station in Niagara Falls. A radio pioneer, he switched from playing dance band music to country music - and never looked back. He started country music shows on television in Canada for the CBC in the late 1950s-early60s and then helped launch Hee Haw in the United States - a show that ran for more than 25 years with a weekly audience of more than 50 million - with his Cousin Clem character. Gordie loves to ride horses and Harleys and he was roller-blading until he was 82."---Tapp died in 2016, any image directly beside this listing is the actual book and not a generic photo ///SIGNED ---GUARANTEED to be AVAILABLE///