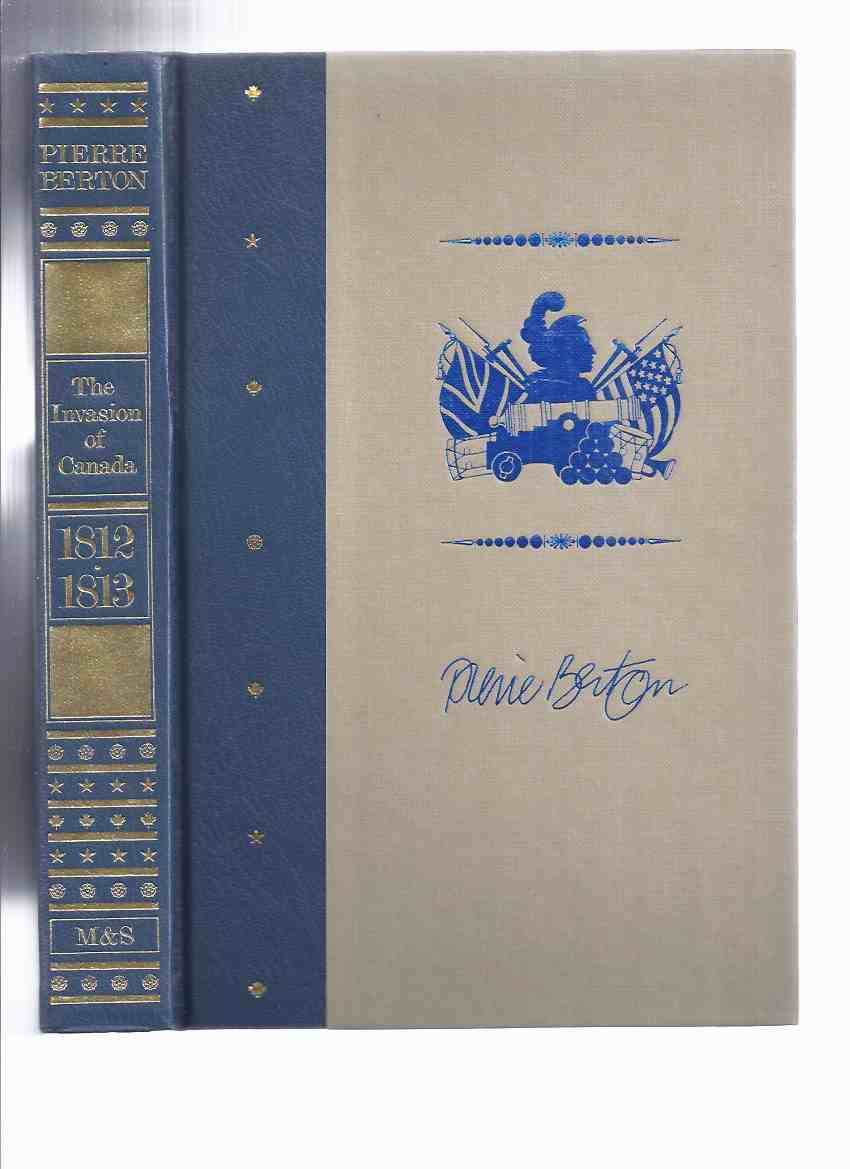 ----------hardcover, a Fine example, no dustjacket as issued, signed and dated without inscription in the year of publication by Berton, housed in a lightly rubbed Very Good+ slipcase, one of a non-specified limited edition from M&S, 363 pages, ---"To America's leaders in 1812, an invasion of Canada seemed to be "a mere matter of marching," as Thomas Jefferson confidently predicted. How could a nation of 8 million fail to subdue a struggling colony of 300,000? Yet, when the campaign of 1812 ended, the only Americans left on Canadian soil were prisoners of war. Three American armies had been forced to surrender, and the British were in control of all of Michigan Territory and much of Indiana and Ohio. ---In this remarkable account of the war's first year and the events that led up to it, Pierre Berton transforms history into an engrossing narrative that reads like a fast-paced novel. Drawing on personal memoirs and diaries as well as official dispatches, the author has been able to get inside the characters of the men who fought the war - the common soldiers as well as the generals, the bureaucrats and the profiteers, the traitors and the loyalists. ---Berton believes that if there had been no war, most of Ontario would probably be American today; and if the war had been lost by the British, all of Canada would now be part of the United States. But the War of 1812, or more properly the myth of the war, served to give the new settlers a sense of community and set them on a different course from that of their neighbours."---, any image directly beside this listing is the actual book and not a generic photo ///SIGNED ---GUARANTEED to be AVAILABLE///