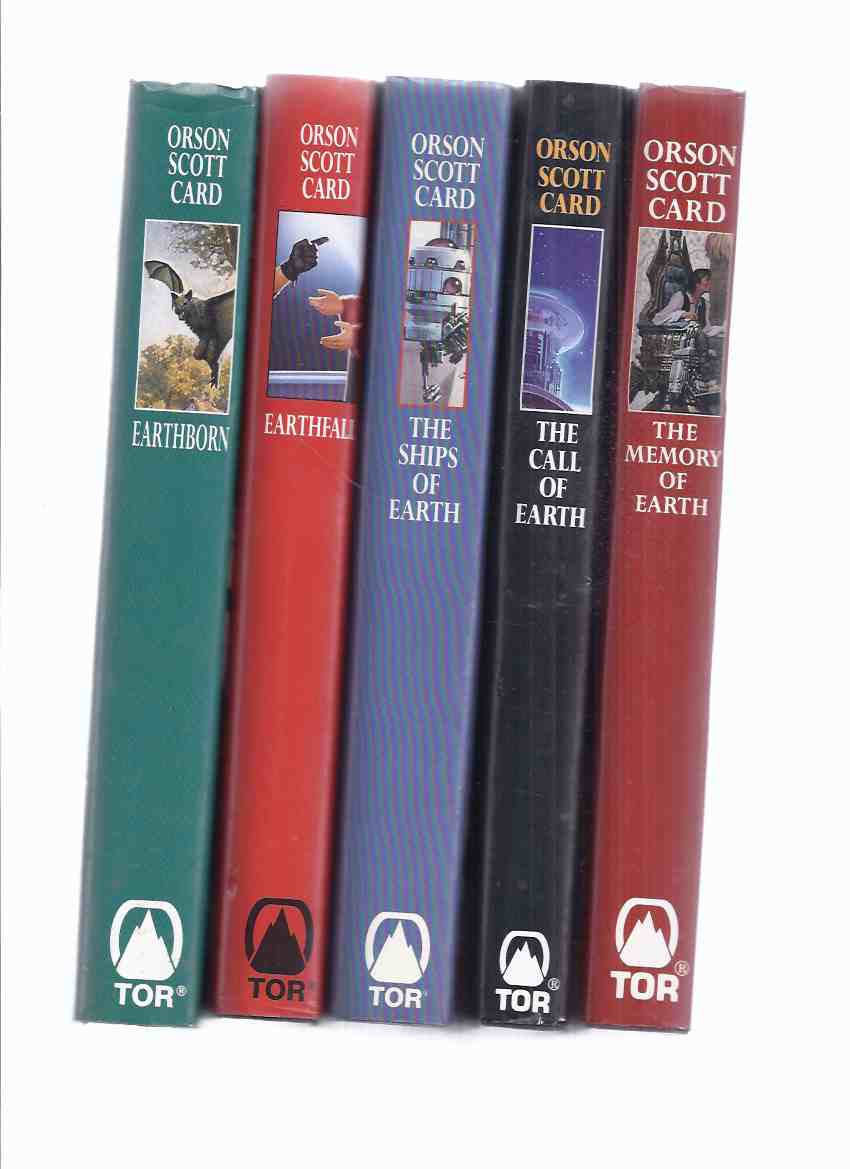 -----------5 volumes ( ONE SHIPPING CHARGE -extra shipping might be required depending upon destination -if an issue please inquire before ordering ), hardcovers, all are Near Fine examples, varying degrees of foxing to the upper edge of the text block on all books ---all in Near Fine dustjackets, small nick at lower spine tip of jacket on CALL, all 5 books are in uniform format, a very nice looking set, ---"The series, containing five volumes, is set forty million years in the future, with volumes 1-3 taking place on a planet called Harmony. After the Earth was rendered uninhabitable by human wars, mankind departed for Harmony, as well as at least forty other planets. (Only two of these are named in the series: Ramadan, settled by Arabs; and Harmony, apparently settled by Slavs, as its languages all developed from Russian.) --- On Harmony, the colonists established the Oversoul - an artificial intelligence, monitoring the planet with a small army of satellites. It also influences the actions of humans. Though it does not prevent them from doing evil, it keeps their destruction limited by suppressing any thoughts that might lead to things like long-distance travel or instant communication. Thus the technology on Harmony includes basic computers, presumably without advanced Internet capabilities, although the Oversoul was used for basic data transfer, and solar-powered handheld energy weapons, but no cars or even wagons. --- The Oversoul, designed to last only twenty million years, eventually begins to break down. It decides to send an expedition back to Earth to seek advice from the entity of which it is an imitation: the mysterious Keeper of Earth. Soon after, the people begin to receive dreams similar to those that the Oversoul sends; these come directly from the Keeper of Earth, demonstrating faster-than-light transmission on its part. --- The journey to the site of the ships, which is a slow trek across the desert often interrupted by pregnancies, occupies the first three books. The fourth book, Earthfall, concerns itself with the journey of one of the ships, and the job of establishing a settlement and reconciling human culture with the existing creatures that have risen on Earth in the meantime. The final volume, Earthborn, takes place five centuries in the future; the one remaining member of the original expedition sets the changing culture on the right path, and sees the Oversoul's mission finally fulfilled. "---, any image directly beside this listing is the actual book and not a generic photo ///NOT SIGNED ---GUARANTEED to be AVAILABLE///