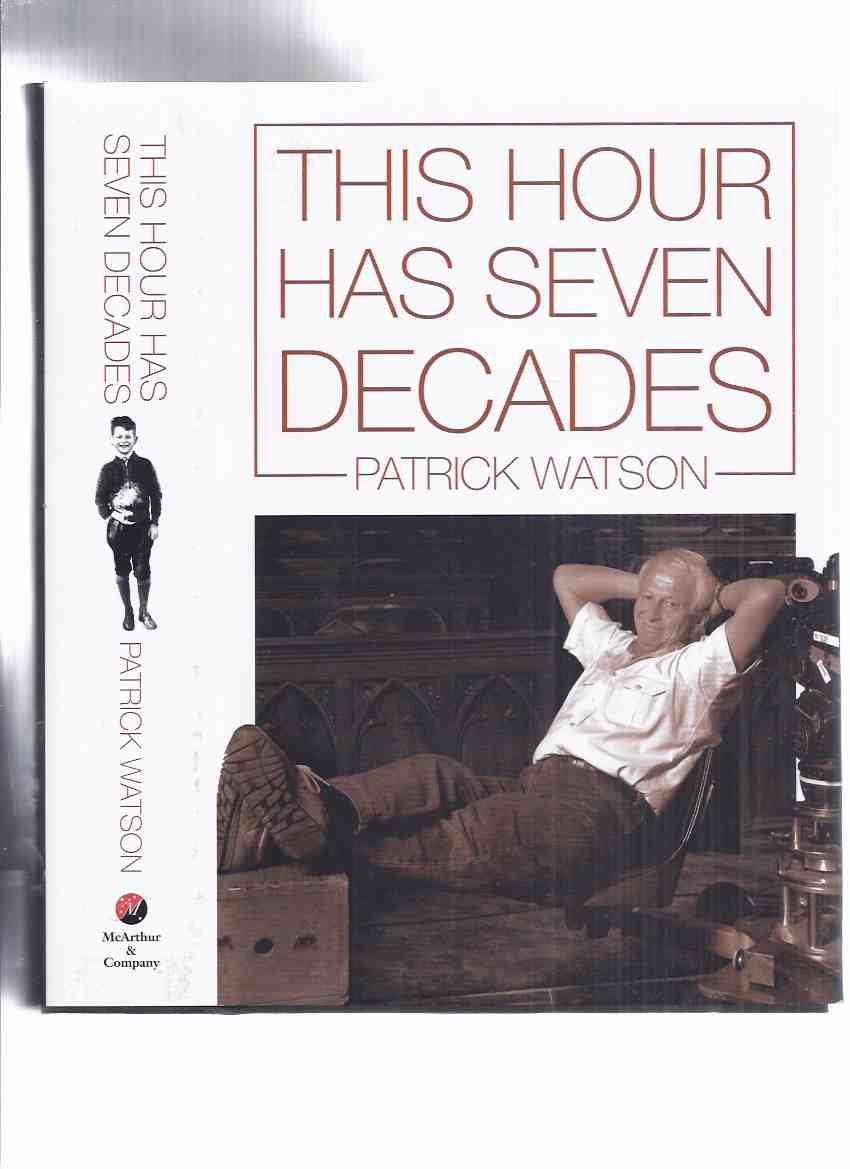 ------------hardcover, a Near Fine example, in a Near Fine dustjacket, looks new, signed without inscription by PATRICK WATSON, 614 pages, a nice copy, ---"Patrick Watson, much to his surprise, found himself hosting a CBC television series at the age of 26. Within weeks he had abandoned both his doctoral studies and a promising career in publishing to sail into the uncharted waters of the new medium. Ten years later he was one of the best-known people in Canada, primarily because of a television series called THIS HOUR HAS SEVEN DAYS, which regularly reached more viewers than HOCKEY NIGHT IN CANADA. During its spectacular two-year run, Watson was on the front pages of the nation’s major newspapers week after week. Throughout a broadcasting career that began in radio 61 years ago, he has written, produced, directed, acted in, or hosted literally thousands of television programs and films -from creating children’s radio adventure drama to globe-girdling documentaries, from anchoring a daily news show on New York City’s famous Channel XIII to producing/directing for Jacques Cousteau. As well, Watson hosted the first CBC Current Affairs series to be named for its host and created the Historica Foundation’s famous Heritage Minutes. In THIS HOUR HAS SEVEN DECADES, Watson gives a first-person account of a sunny and adventurous childhood, the early days of broadcasting, the troubled years of his chairmanship of the CBC, and the myriad of projects of the in-between and later years, in a frank, gossipy narrative that reflects the story-telling skills that have made his novels and historical books bestsellers."---, any image directly beside this listing is the actual book and not a generic photo /// SIGNED ---GUARANTEED to be AVAILABLE///