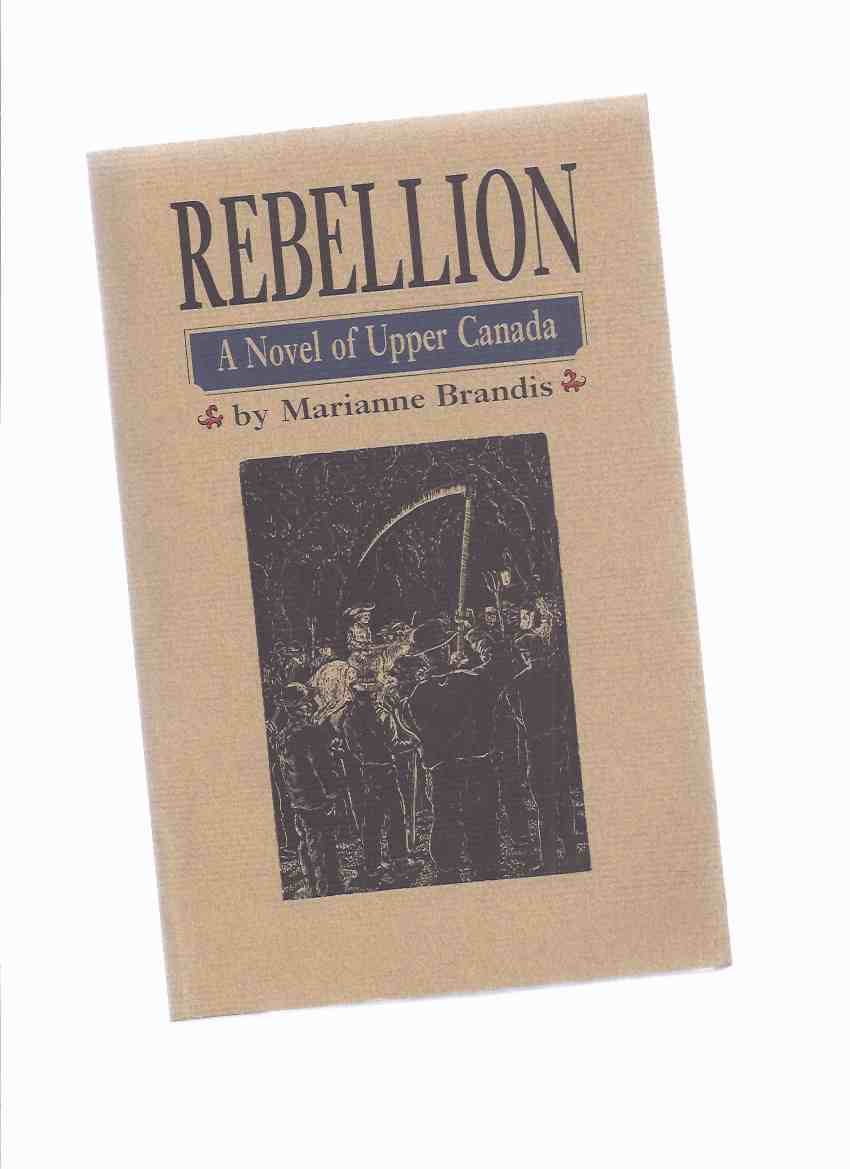 By: Brandis, Marianne / The Porcupine's Quill

----------trade paperback, a Very Good+ example, a bit of light rubbing, bump to lower corner, signed and inscribed by the authot "Fot the H_____ family, with best wishes Marianne Brandis", ---" historical novel by Marianne Brandis about Mackenzie’s rebellion of 1837, published to co-incide with the celebrations commemorating the 200th anniversary of the establishment of Yonge Street. -- Adam Wheeler is a fourteen year-old who arrives in Toronto in the autumn of 1837 after crossing from England on a filthy and crowded immigrant ship. He has emigrated in company with his uncle’s family, but, once in Upper Canada, he quarrels with his uncle and sets out on his own. Adam finds work in a paper mill at the village of Todmorden on the banks of the Don River. -- Adam soon learns that William Lyon Mackenzie is mounting a rebellion. When the uprising begins, he is drawn into the conflict both because his employer sends him to deliver paper to the rebel camp at Montgomery’s Tavern, and also because his uncle joins Mackenzie’s force. -- Among those Adam befriends are two teenage girls, Cornelia and Charlotte de Grassi. These historical figures, aged thirteen and fourteen at the time, served as spies and messengers for the government side during Mackenzie’s Rebellion. -- Although this book is a work of fiction, it is solidly based on real history. The events of the 1837 Rebellion have been carefully researched and are presented as accurately as possible. Captain and Mrs de Grassi and their daughters, and several other characters, were real people and, improbable as it may seem, the girls’ work as spies and messengers during the rebellion days is fully authenticated. -- When it comes to presenting human beings however, historical documents are usually uninformative. To bring the characters to life, the author has invented certain scenes and details, all of which she based carefully on what she learned about the de Grassi family, and on the life and circumstances of the time.g tugs, pine washstands, black-eyed susans, windowsills ... all quiet, contemplative and reserved.’"---, any image directly beside this listing is the actual book and not a generic photo /// SIGNED ---GUARANTEED to be AVAILABLE///

Title: Rebellion: A Novel of Upper Canada -by Marianne Brandis -a Signed Copy / The Porcupine's Quill