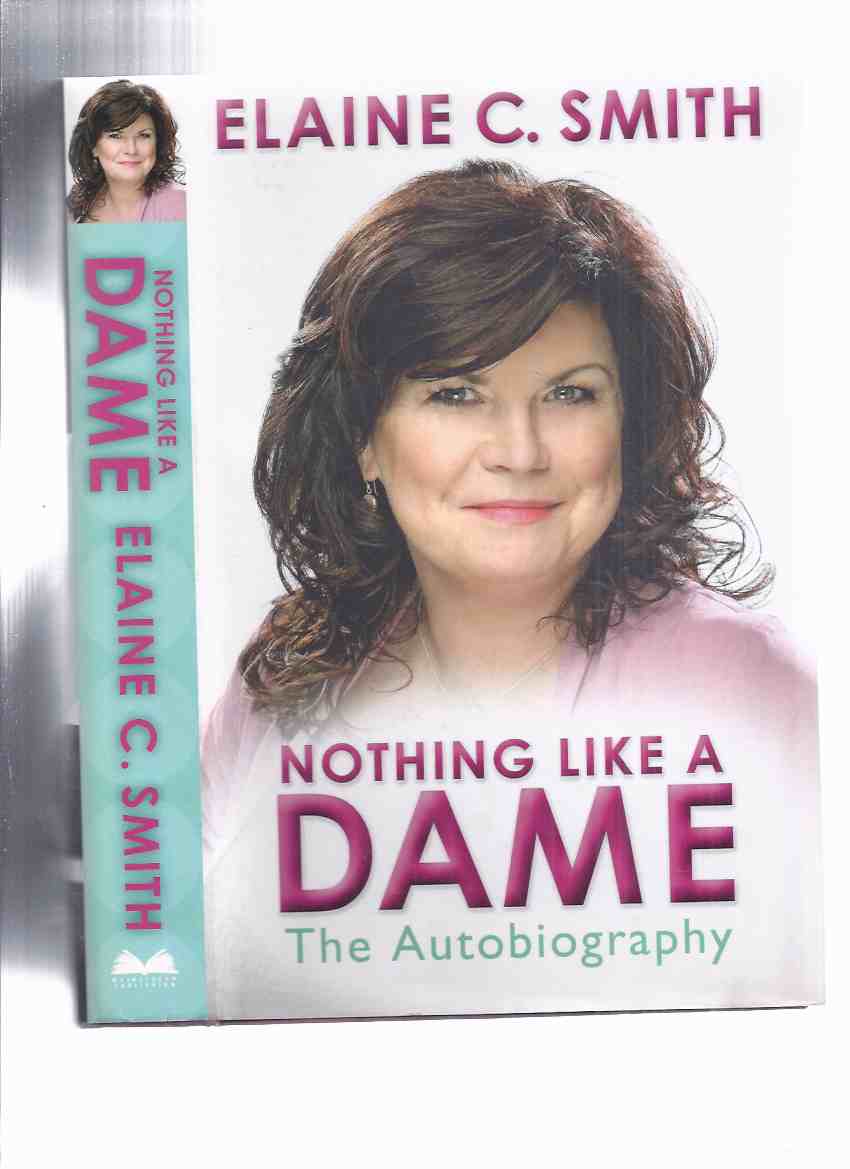 -----------hard cover, a Near Fine example, in a Near Fine dustjacket, looks pretty darn close to new, signed by Smith "All the best Elaine Smith xo", 350 pages, colour and b&w photos, ---"How did I end up here?' A question Elaine C. Smith asked herself when sitting in the dressing-room of a top theatre in London's West End, about to go on stage with one of the UK's most successful plays. --- In Nothing Like a Dame, Elaine reflects on a 50-year journey that took her to the peak of the entertainment world. She recounts her long struggle to make it in a male-dominated, working-class society when women were supposed to just shut up and stay thin, especially in the sexist world of theatre and television, where she was told, 'Look, women just aren't funny.' --- Despite many highs and lows, she proceeded to forge a stellar career in show business, hosting her own TV series and becoming a household name thanks to her comic portrayal of Mary Nesbitt, the long-suffering wife in the award-winning BBC comedy Rab C. Nesbitt. --- Nothing Like a Dame is a heart-warming memoir: candid, outspoken, hilarious and at times deeply sad."---, any image directly beside this listing is the actual book and not a generic photo /// SIGNED ---GUARANTEED to be AVAILABLE///