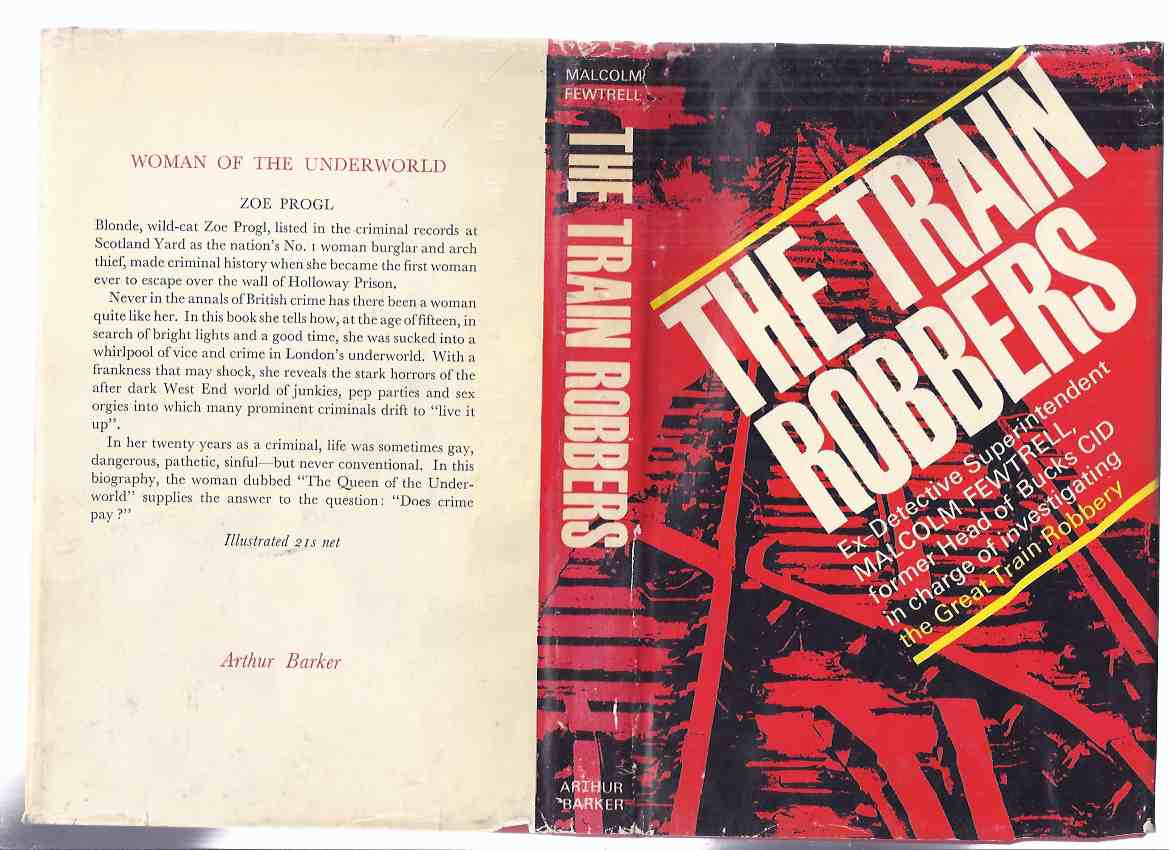 ---------hardcover, a Near Fine example, , in a lightly rubbed Very Good price clipped dustjacket, some shallow chipping at tips, 157 pages, b&w photos, ---The most famous member is Ronnie Biggs who escaped from London's Wandsworth prison in 1965.; Bruce Reynolds planned the robbery and as a result has become one of the most notorious criminals in British history.; Ronald Edwards: believed to have wielded the instrument used to hit the train driver over the head. In 1994 he was found hanged in a garage.; Charles Wilson: was in charge of splitting the loot between the robbers. Wilson was nickna...
View More...