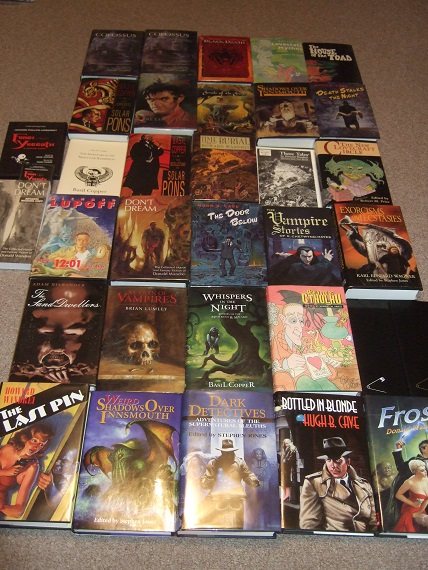 ------------(extra shipping will be required), 35 volumes plus ephemera of various sorts, 32 are books of which 5 are softcovers as issued (2 of the softcovers are Advanced Reading copies -the other 3 are pamphlets) ---as well there is a CD and a cassette of Fungi from Yuggoth /and/ a cassette (Dark Ventures) of The Case of the Whistling Room by William Hope Hodgson and Pollock and the Porroh Man by H G Wells, that leaves 27 hardcover books, all these items are Near Fine/Fine or Near Fine/Fine in Near Fine/Fine dustjackets (when a dj is called for ) -----this collection includes: Dark Ventur...
View More...