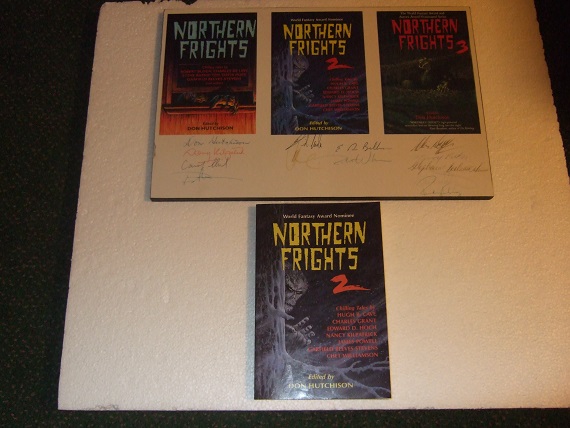 ----------2 items (ONE SHIPPING CHARGE), (book and plak-mounted print) (ONE SHIPPING PRICE ), , the book is a trade paperback, about 6 x 9 inches, a Near Fine copy, unread, contents include: Intro by Don H; Punkins by Nancy Kilpatrick; Sometimes in the Rain by Charles L Grant; These Broken Wings by Sean Doolittle; The Eddies by Garfield Reeves-Stevens; The Polargeist by Mel D Ames; Objects in the Mirror by Diane L Walton; Mouthful of Pins by Gemma Files; Other Errors, Other Times by Chet Williamson; The Sloan Men by David Nickle; Vanishing Point by Hugh B Cave; The Cold by Edo van Belkom; T...
View More... 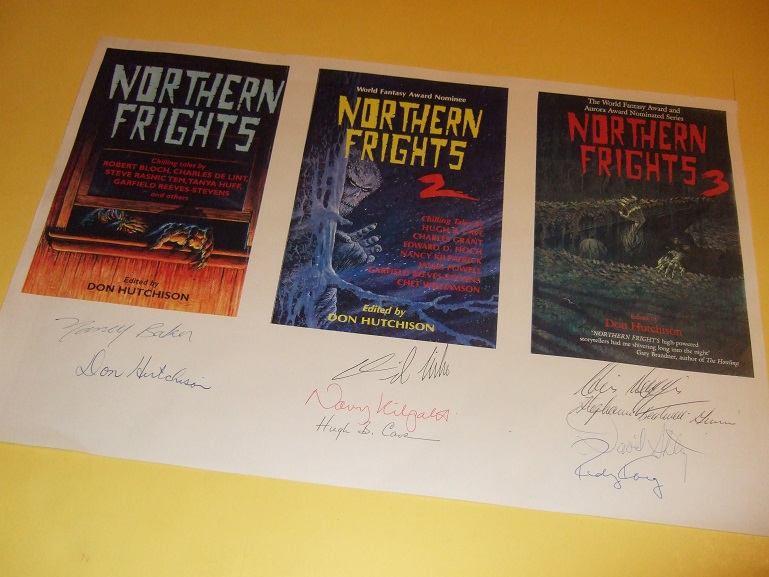 ----------print, measures about 17w x 11h inches, a Very Good+ to near Fine example, signed by 9 of the authors with stories in the series, would look very nice framed, this will be mailed in a mailing tube, any image directly beside this listing is the actual book and not a generic photo
View More... 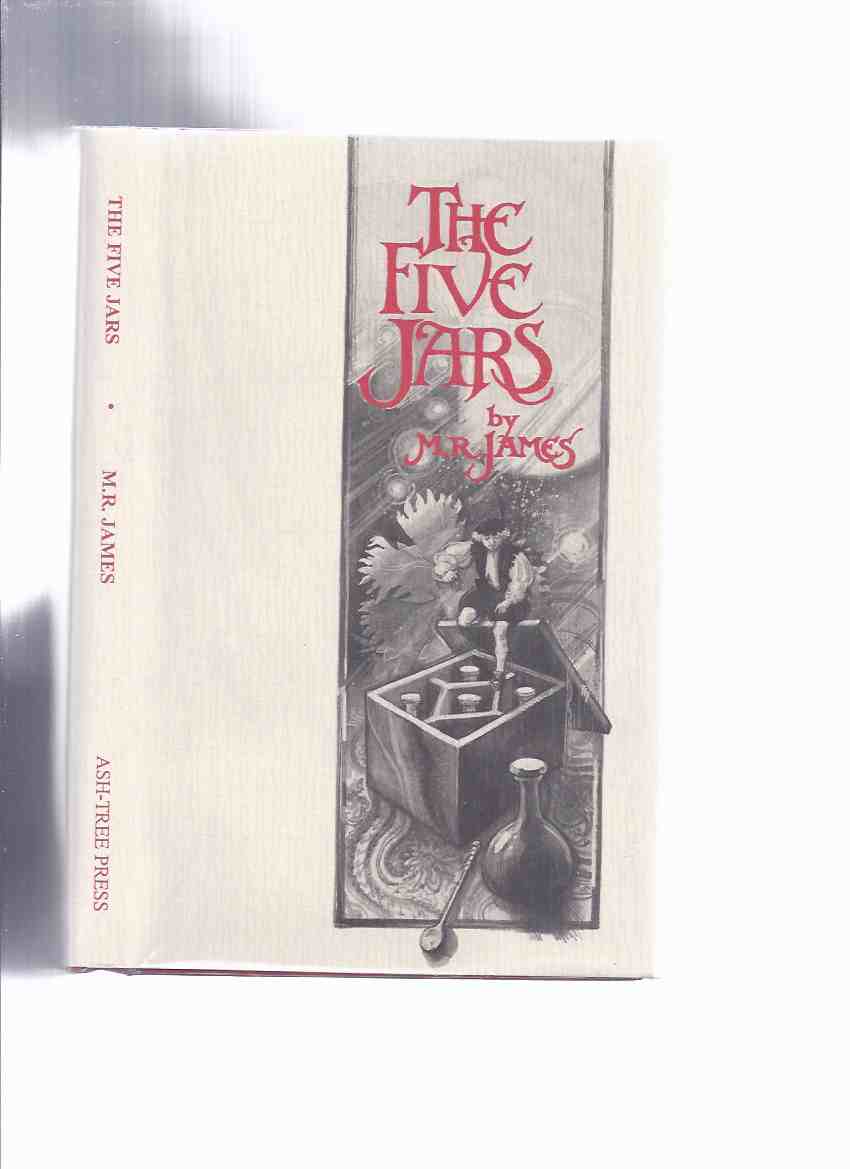 ----------hardcover, a Fine copy in a Fine dustjacket ---'My Dear Jane, You remember that you were puzzled when I told you I had heard something from the owls -or if not puzzled (for I know you have some experience of these things), you were at any rate anxious to know exactly how it happened. Perhaps the time has now come for you to be told. ---In this way, M.R. James began the letter which was to become The Five Jars, a beautifully told tale for children and adults alike. ---The Five Jars was first published by Edward Arnold in 1922 and has become a much sought-after rarity. This new edition...
View More... 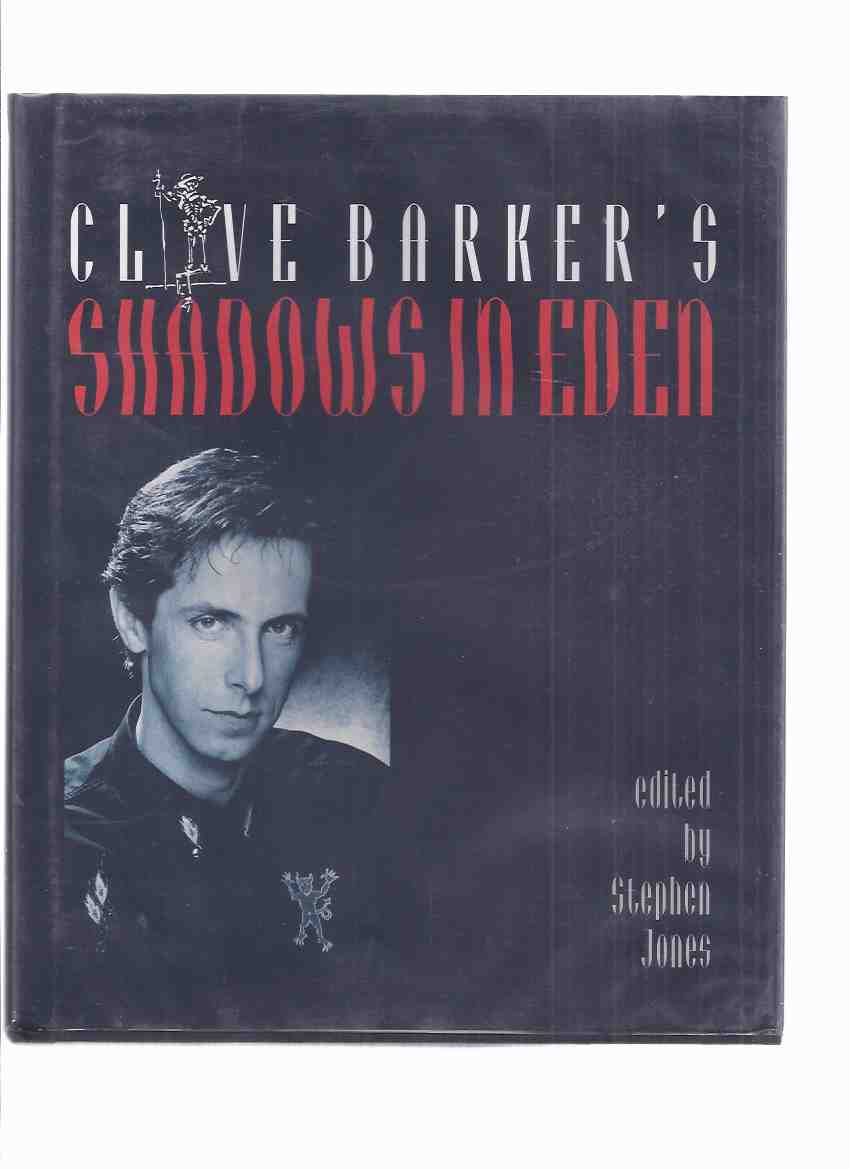 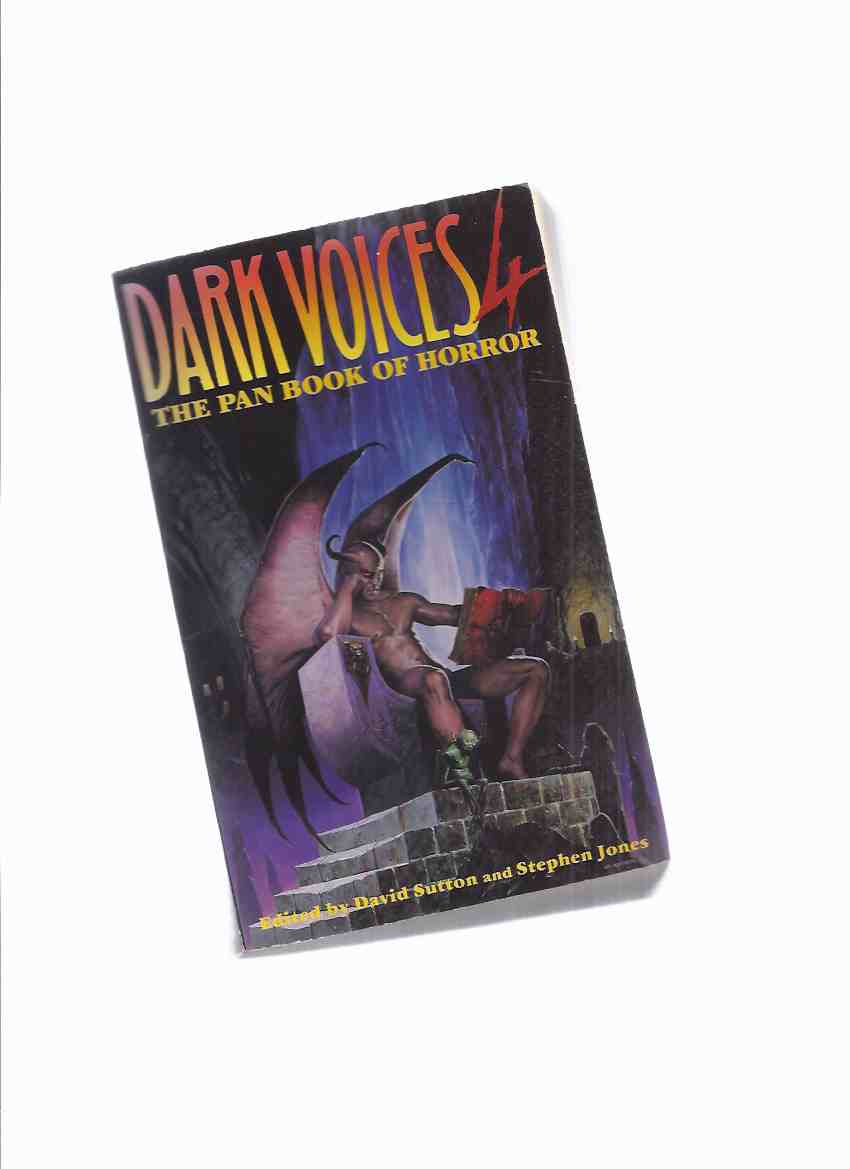 ----------paperback, a solid Very Good example, book is slightly twisted, a bit of age toning to paper, , contents include: contains the following: On Edge by Christopher Fowler; Week Woman by Kim Newman; They Take by John Brunner, The Frankenstein Syndrome by R. Chetwynd-Hayes; The Last Drop by Nicholas Royle; Necrophiliac by Philip J. Cockburn; The Visitor by Peter Crowther; The Little Green Ones by Les Daniels; A Night With Claudette by Bernard Donoghue; Book End by Tony J. Forder; High Flying Adored by Daniel Fox; Casey Where He Lies by Stephen Gallagher; Razor White by Charles Gramlich;...
View More... 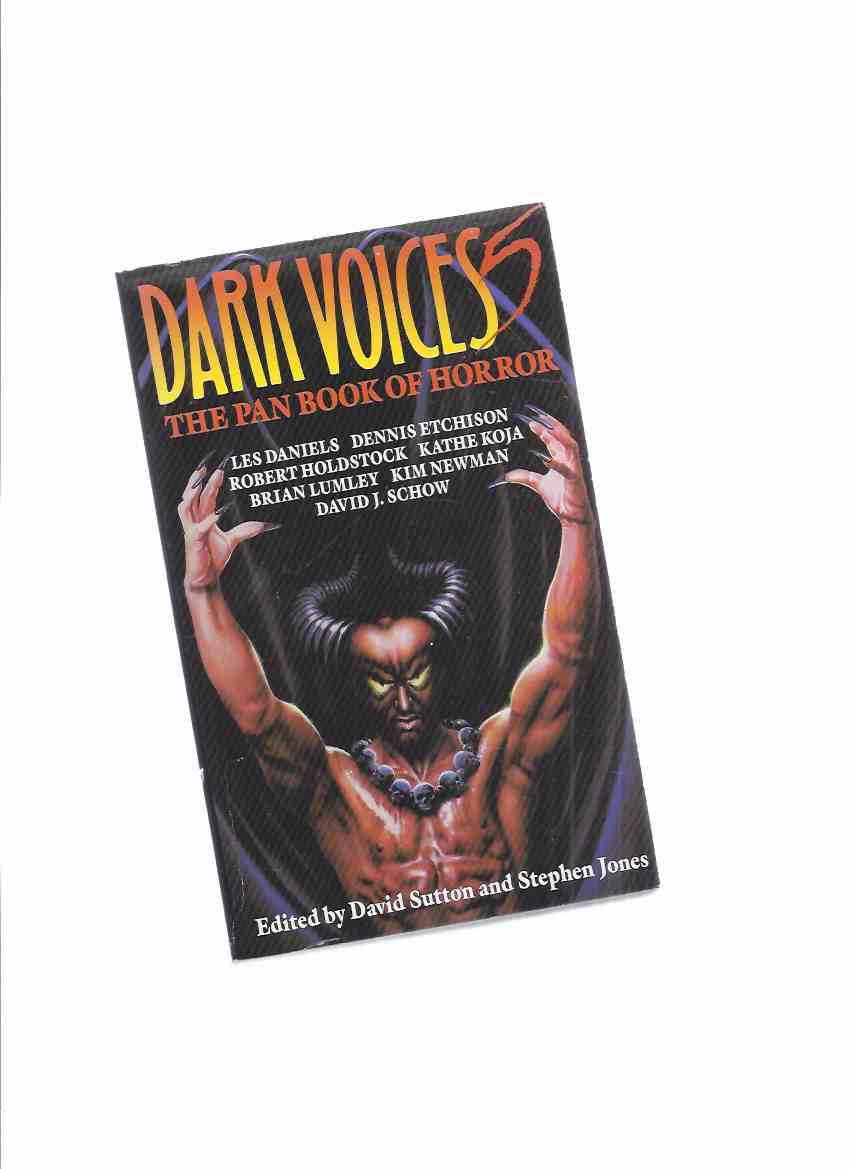 ----------paperback, a close to Near Fine copy but there is a faint short stress markon the front panel, faint spine crease, a wee bit of age toning to paper, a nice copy overall, --- contents include: having His Leg Pulled by Robert Holdstock; Back Row by Brian Lumley; Precious by Roberta Lannes; The Editor by Nichols Royle; The Ventriloquial Art by Graham Joyce; Phantom by Melanie Tem; How She dances by Daniel Fox; The Dog park by Dennis Etchison; Gerassimos Flamotas, A Day in the Life by Simon Clark; Arrangement for Invisible Voices by Kathe Koja; The Lady of Dubhan Alla by Brian Mooney; L...
View More... 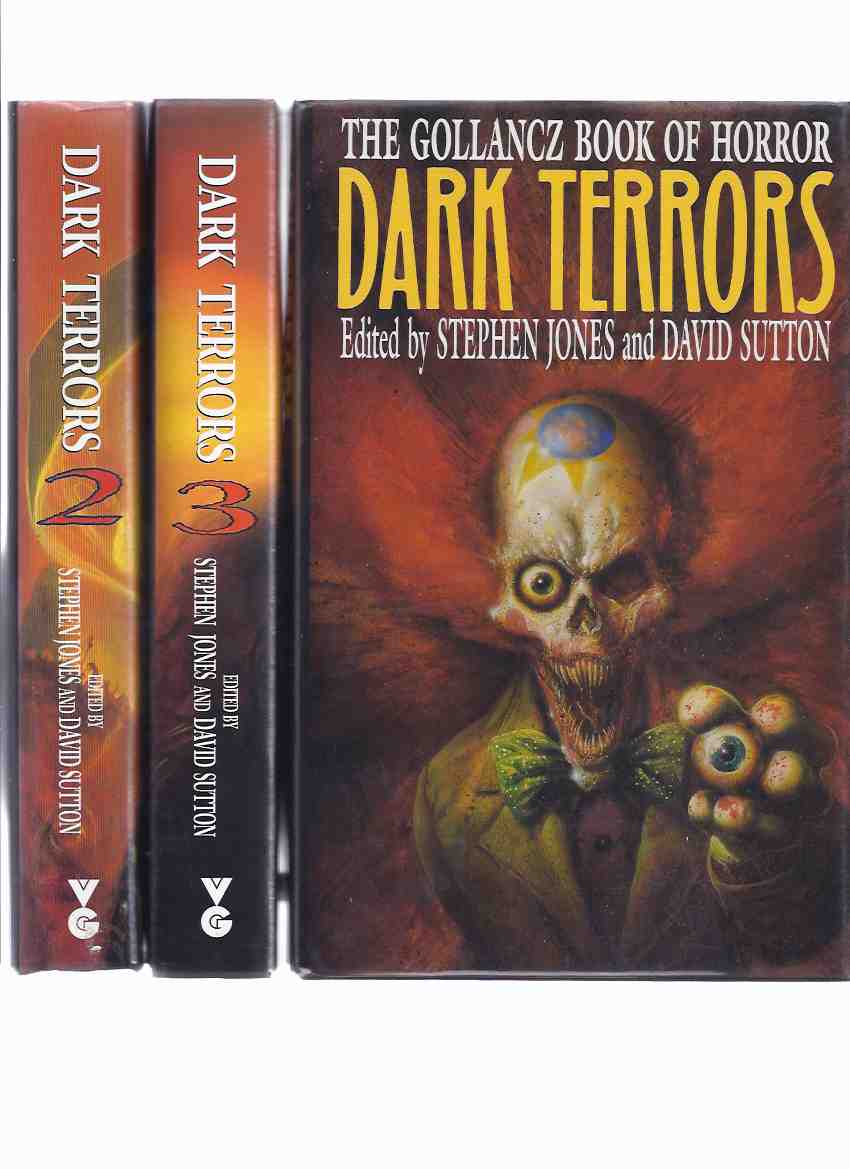 -----------3 volumes (ONE SHIPPING PRICE ), hardcovers, overseas shipping (outside of Canada and the USA ) will require additional postage, all are Near Fine / Fine copies in Near Fine / Fine dustjackets, a bit of age tioning to paper, unread,volume one is signed by Smith and Tem, contents include ---VOLUME ONE ---The Laundry Imp by Christopher Fowler; Food for Thought by Mandy Slater; More Tomorrow by Michael Marshall Smith; A Feast at Grief's Table by Roberta Lannes; Fee by Peter Straub; I've Come to Talk with You Again by Karl Edward Wagner; Where the Bodies Are Buried 3: Black and White ...
View More... 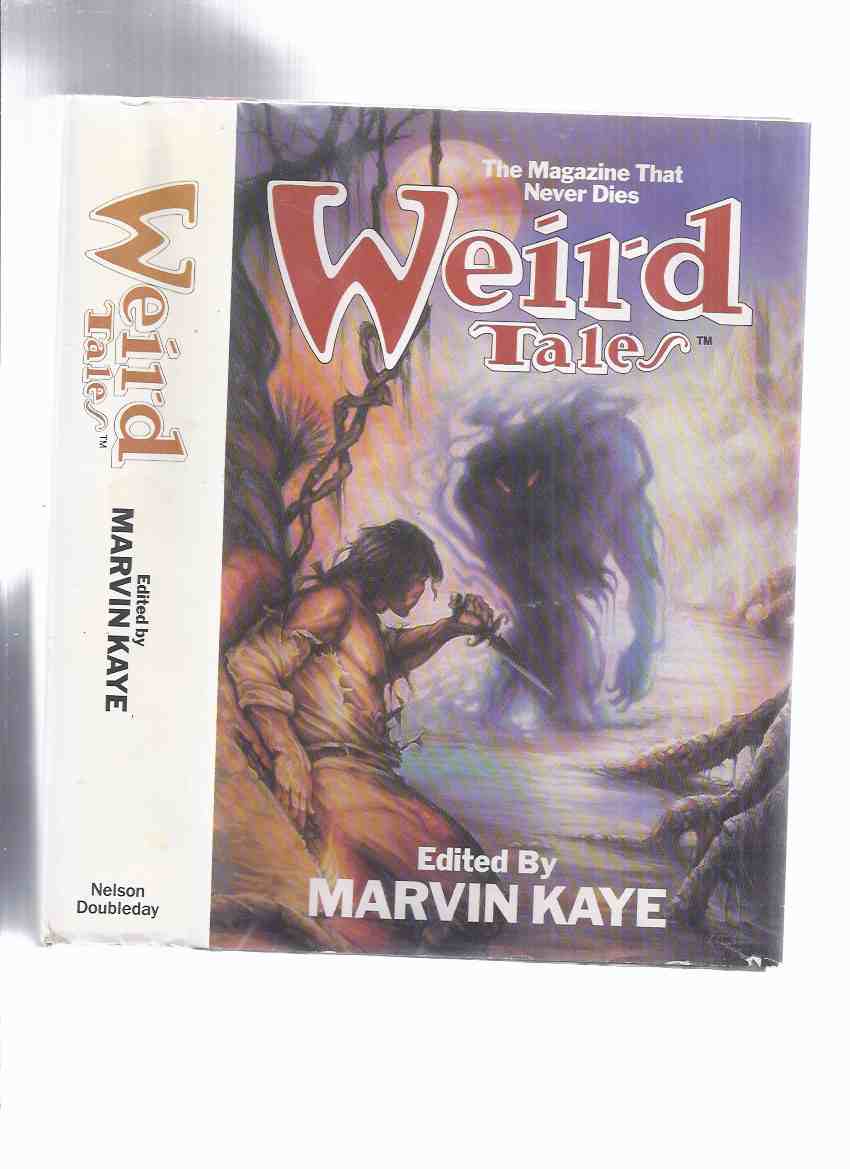 ----------hardcover, a Near Fine example in a Very Good+ dustjacket with some small nicks and chips, --- this contains: The Eyrie - a chat with the readers; Interim by Ray Bradbury; The House of Ecstasy by Ralph Milne Farley; The Stolen Body by H. G. Wells; The Scrawny One by Anthony Boucher; The Sorcerer's Apprentice by Lucian, translated by Sir Thomas More; Skulls in the Stars by Robert E. Howard; Eena by Manly Banister; The Look by Maurice Level; Methought I Heard a Voice by L. Sprague de Camp and Fletcher Pratt; Off the Map by Rex Dolphin; The Last Train by Fredric Brown; Ti Michel by W J...
View More... 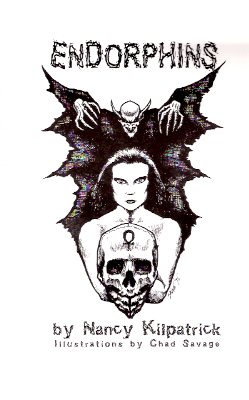 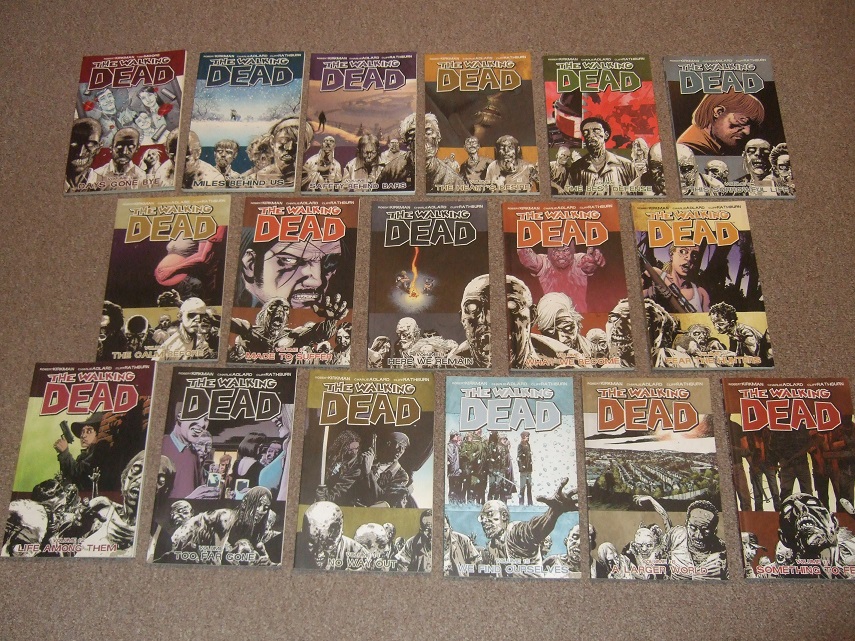 -----------17 volumes (ONE SHIPPING CHARGE -extra shipping may be required depending upon destination --if an issue please inquire before ordering ), softcovers, all are Very Good to Very Good+, all with a bit of light rubbing, a few issues have some slight crinkling from a wee bit of damp, a few small marks on the edges of the pages but nothing too serious, 1st and later printings, any image directly beside this listing is the actual book and not a generic photo ///NOT SIGNED ---GUARANTEED to be AVAILABLE///
View More... 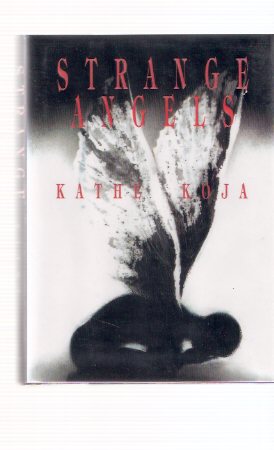 ----------hardcover, a Fine unread copy in a Fine dustjacket with the faintest hint of a bit of rippling on rear panel, laid-in is a signed bookmark / bookplate with an angel image, any image directly beside this listing is the actual book and not a generic photo ///SIGNED///
View More... 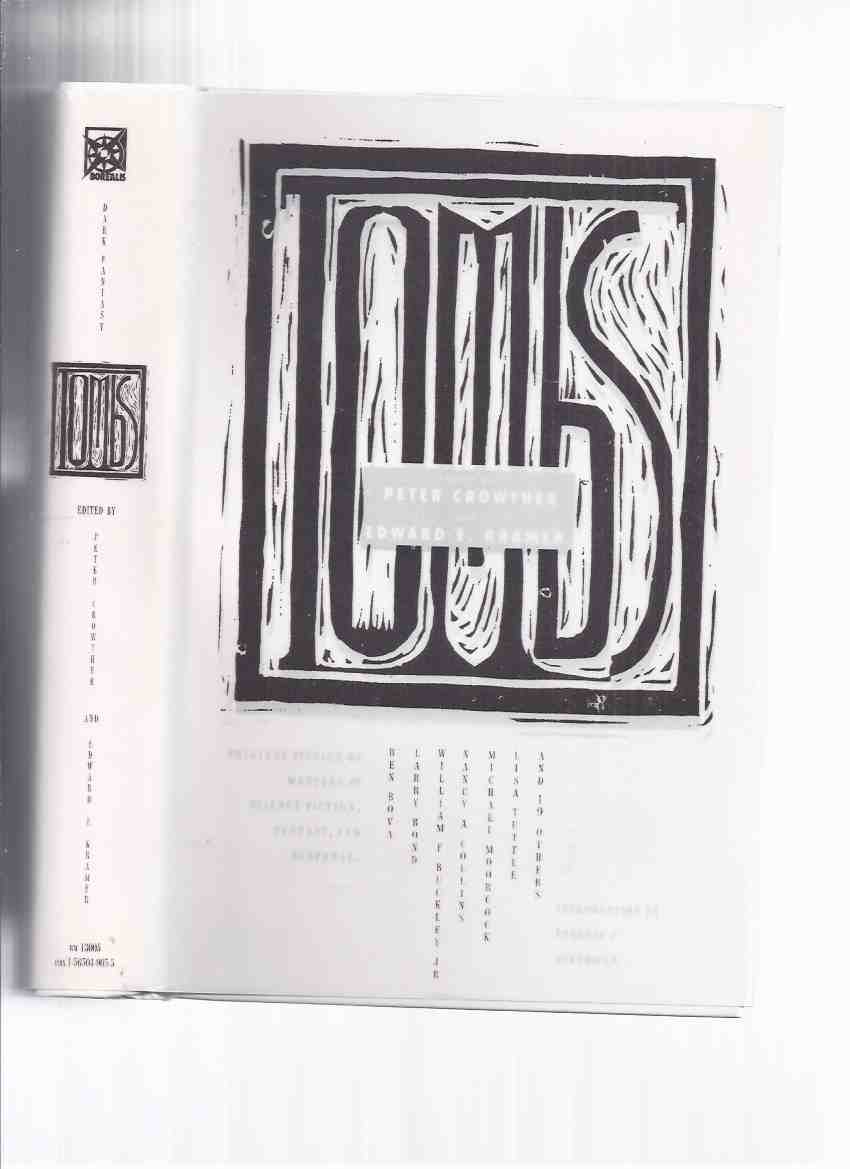 TOMBS / White Wolf (inc.Tomb swift; The amber room; butterfly effect; Epistrophy; No ordinary Christian; White lady's grave; Burial at sea; He on honeydew; But none I think do there embrace; Drowning with others; Station of the cross; Queen of Knives etc) 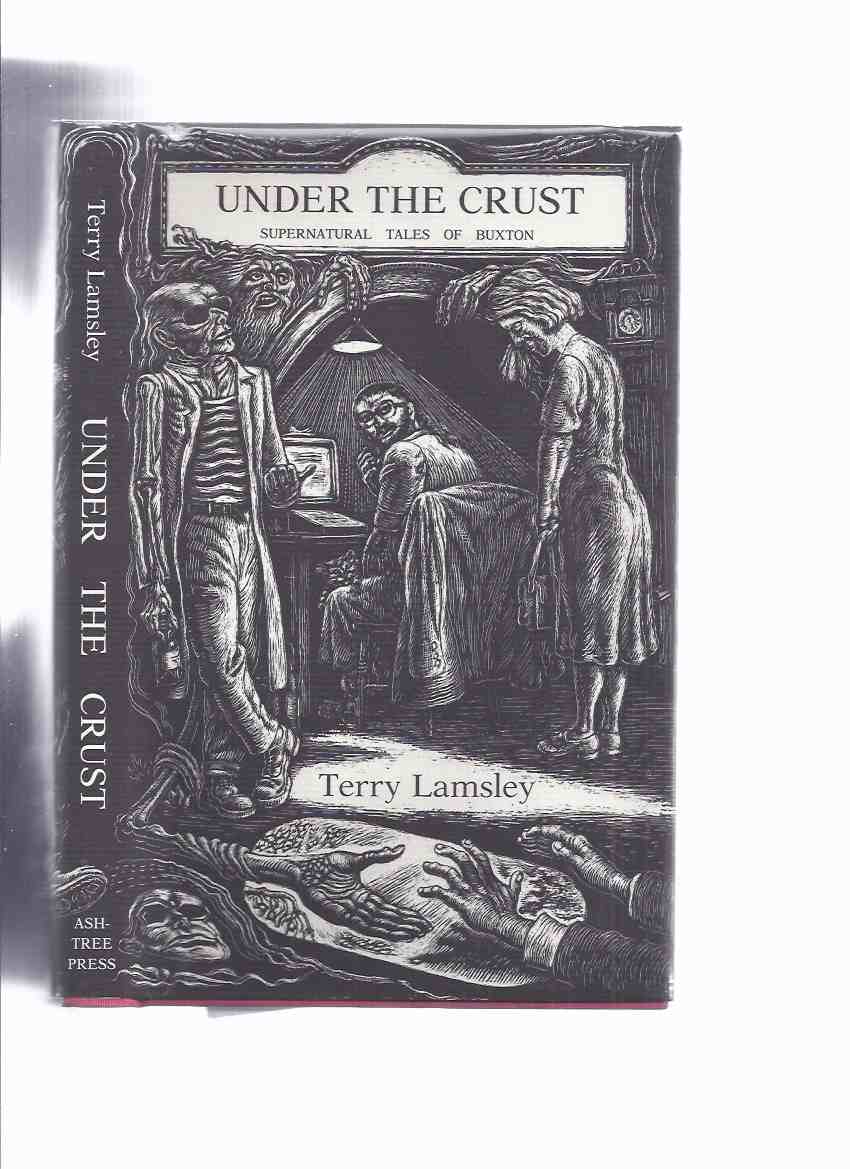 Under the Crust: Supernatural Tales of Buxton -by Terry Lamsley / Ash Tree Press

----------hardcover, a Fine example, in a Fine dustjacket, unread, laid into this copy is a Terry Lamsley signature from the 1997 World fantasy Convention held in London England "Best wishes Terry", --- ---When Under the Crust was self-published in 1993, few people outside the ghost story world in England heard about the book; but those who had managed to obtain a copy were incredibly enthusiastic about this bright new talent in the genre. Few people were more enthusiastic than Ramsey Campbell, who helped to bring the book to the attention of the late Karl Edward Wagner, thus ensurin...
View More... 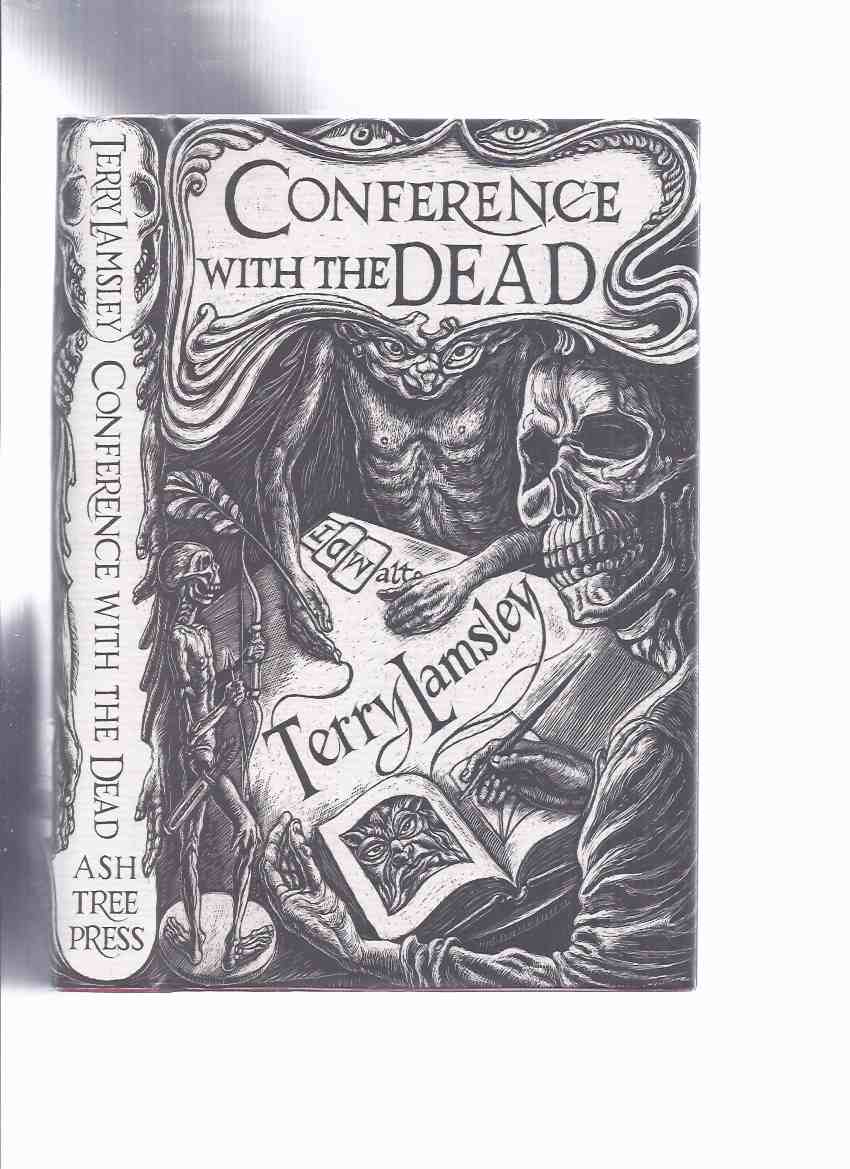 ----------hardcover, a Fine example, in a Fine dustjacket, unread, ---The stories in Terry Lamsley's first collection of supernatural tales, Under the Crust, were set in and around his home town of Buxton in the heart of England's Peak District: Terry's idea was that the stories might appeal to local readers and tourists to the area. It was not long, however, before excitement stirred outside Buxton, as enthusiasts of supernatural fiction came to realise that an exciting new talent had emerged. --Under the Crust reached the hands of the late Karl Edward Wagner, who was instrumental in ensuring...
View More... 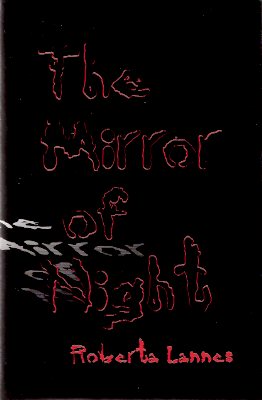 -----------hardcover, a Fine unread copy in a Near Fine dustjacket, signed by Lannes, #104 of 300 hardcover copies, this contains: In The Mirror of Night; Dark Horse; Apostate in Denim; Auntie; Shy Fruit of Pathos; Precious; Simple Simon; Goodbye Dark Love; I Walk Alone; Sleeping Beauty; Takes a Frog Prince, any image directly beside this listing is the actual book and not a generic photo ///SIGNED ---GUARANTEED to be AVAILABLE///
View More... 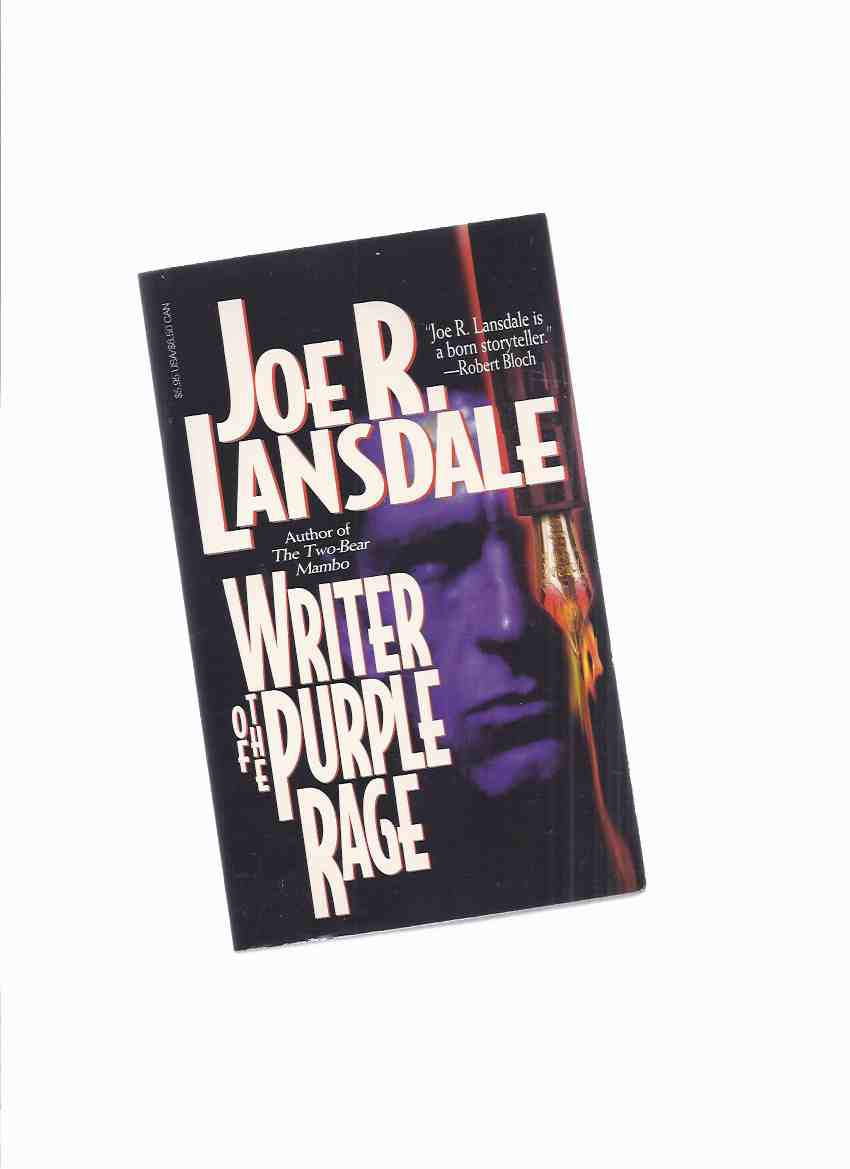 By: Lansdale, Joe R (with Dan Lowry -one story))

-----------paperback, a Near Fine example, a wee bit of light rubbing, a faint hint of age toning to paper, includes the entire contents of the hardcover edition, , this contains: Introdustion by Lansdale; Mister Weed Eater; Steppin Out, Summer ' 68; Love doll, a fable; Bubba Ho-Tep; Man with two Lives; Pilots (with Dan Lowry ); The Phone Woman; Story Notes; Drive In date; Godzilla's Twelve Step Program; By Bizarre Hands - the play; Incident on and off a Mountain Road; In the Cold dark Time; A Hard-on for Horror; Everybody Plays the Fool; The Diaper,any image directly beside this listing is t...
View More... 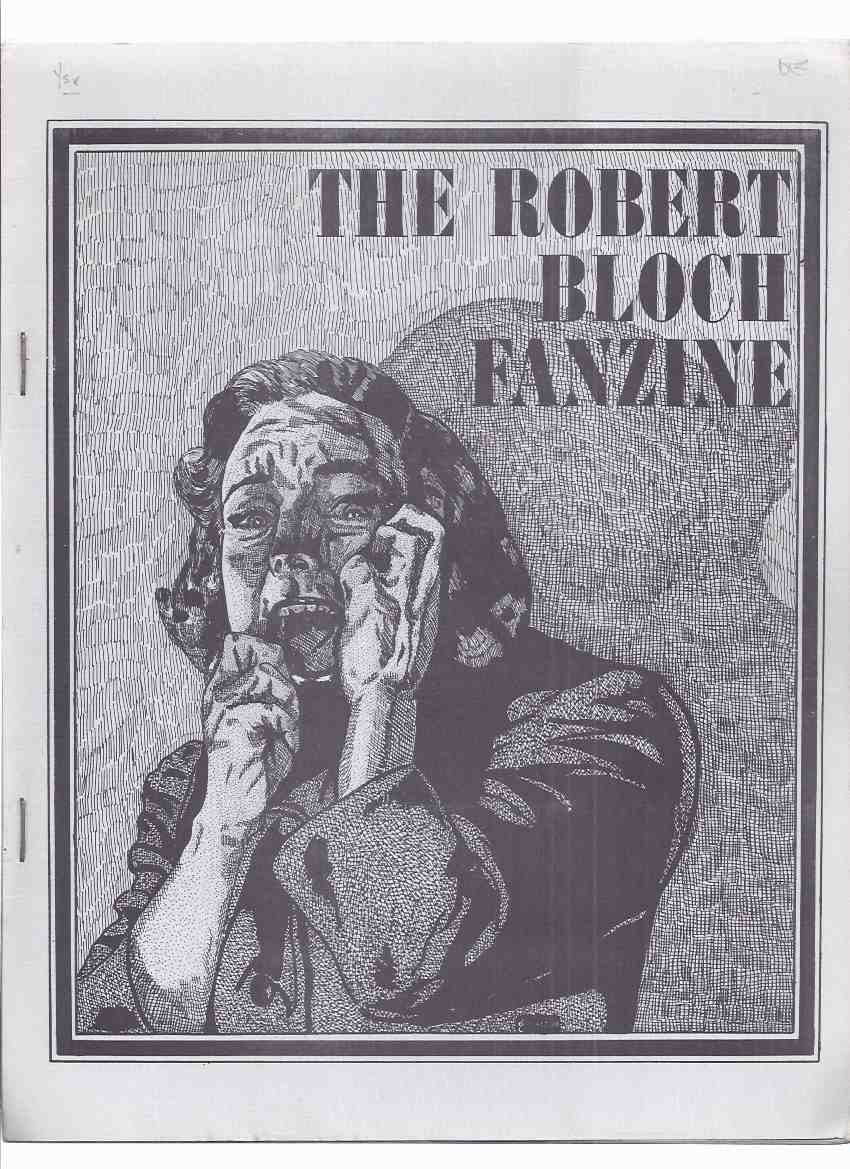 The Robert Bloch Fanzine (inc. Interview; By the Author of Psycho; Bibliography; Lefty Feep and I; etc)

-----------softcover, stapled, about 8.5w x 11h inches, a Very Good+ copy, a bit of light rubbing, 48 pages, b&w photos and illustrations, any image directly beside this listing is the actual book and not a generic photo ///NOT SIGNED ---GUARANTEED to be AVAILABLE///
View More... 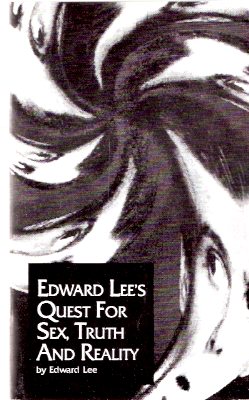 The Virgin of the Seven Daggers & Other Chilling Tales ( Prince Alberic and the Snake Lady; A Wedding Chest; Amour Dure; A Wicked Voice; Legend of Madame Krasinka; Virgin of the 7 Daggers )

By: Lee, Vernon (pen name for Violet Paget ), with an Introduction By I. Cooper Willis

-----------paperback, a solid Fair to Good copy only, age toning to paper, sticker pulls on front and rear covers, black marker spot of front cover with a bit of bleed through to the verso of the cover, edge wear and rubbing, still a solid clean copy, ---contents include: Prince Alberic and the Snake Lady; A Wedding Chest; Amour Dure; A Wicked Voice; Legend of Madame Krasinka; The Virgin of the Seven Daggers, any image directly beside this listing is the actual book and not a generic photo..///NOT SIGNED---GUARANTEED to be AVAILABLE///
View More... 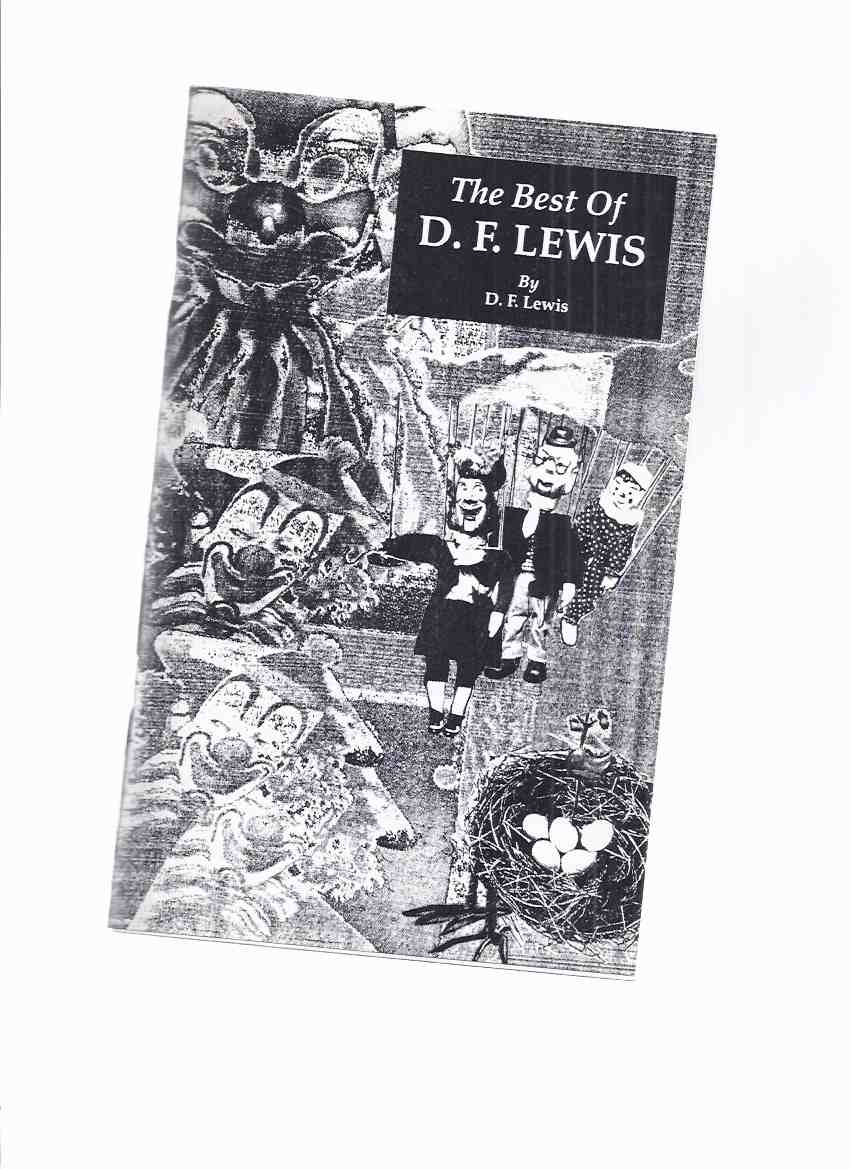